Igwe Nnaemeka Achebe, Obi of Onitsha has urged both the Federal Government and the Anambra State Government to show more interest in the take-off of the operations of the Zik Mausoleum and Conference Centre which now appear at a standstill.

He was speaking at this year’s edition of the Zik Lecture Series Anniversary Celebrations held in Awka, Anambra State on November 16, 2021.

The lecture series has been instituted by Senator Ben Obi as benefactor and organised since 2011 by the Nnamdi Azikiwe University, faculty of Social Sciences in memory of the late Rt. Hon. Dr. Nnamdi Azikiwe, first President of the Federal Republic of Nigeria, and Owelle of Onitsha and hold on his birthday anniversary.

The Monarch reiterated that Ndigbo remain grateful to President Muhammadu Buhari for the completion of the physical structure of the Zik Mausoleum, and its commissioning following a series of neglect and abandonment by previous administrations.

However, Igwe Achebe observed that following the commissioning of the Zik Mausoleum, not much has happened with regards to the take-off of its operations. 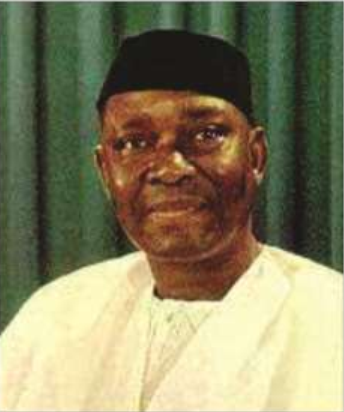 According to him, ”although the Federal Ministry of Works and Housing has established the Presidential Committee for the Management and Maintenance of the Zik Mausoleum, it is difficult to point to any substantial outcome.”

The Monarch added that, ”with the completion of the physical structure, arrangements for the take-off of the operations of the Mausoleum including its management should come under the purview of the National Commission of Museum and Monuments which has statutory responsibility for Museums and Monuments.

“We believe this would facilitate commencement of the operations of the Mausoleum.”

Igwe Achebe also expressed gratitude to the organisers of the lecture series and urged them to keep the excellent work going.

Concerning the theme of this year’s lecture: “Security, Governance and Nation Building”, which was delivered by Dr. John Kayode Fayemi, Governor of Ekiti State and Chairman of the Nigeria Governors Forum, he observed that this is very apposite.

According to him, ”since the civil war, Nigeria has never had security challenges as are presently the case,” and that the lecture is therefore part of the effort to find solutions to the security, and governance challenges facing the Nation.