You’re no Longer a Country, Nigeria

The day Nigeria died was the day we all started blaming one another for her problems, caused by us. It was the same day we died having the stenches of her scars, sorrows and tears. We ate sorrow and drank pains as we carried this stench everywhere we went.

We became libraries: a library of thoughts and a library full of corruption, bigotry, favoritism, nepotism, unemployment and unnecessary books about our heroes past, about our failed system of federalism; about our patriotic brothers and sisters burnt down in the streets of Nigeria. 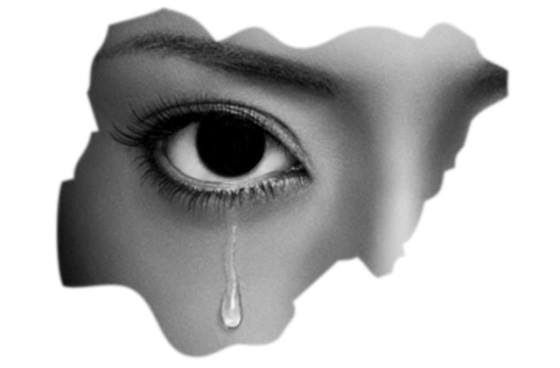 Their blood spilled under the burning weather. We saw this blood and said nothing about it because it wasn’t one of our businesses at that moment and none of our relatives were among those killed— we moved on with our activities. “All man for himself” Some said. Now, this evil has gotten home. It has eaten deep into our families and we seek for help from strangers rather than ourselves.

Meanwhile, our houses on the streets of her shores, borders, municipal, and metropolis became sick — sickled, with fire everywhere. We watched this land rise every morning with anger, pushing down many things. We kept running away from our problems, into the hands of foreigners who thrust us aside because we do not belong to them.

You know, I do fear confusion! Confusion that may come now and divide us into what we already know by ourselves because the union of two people is always being made possible by one person not the two parties involved. When you cough, do you still have a brother that tells you to take care? Do you still have?

How does one grieve a living soul? Or a land of abundance made poor like ours? How does one die while still living in a country like ours? Our Leaders have made us wanderers, lost souls seeking for confinement! Is there a future for Children yet to be born in Nigeria or those already living in Nigeria? Are they going to kill our children just before they grow up or are they going to kill us before we give birth to them?

Mother once told us sometimes ago that a boy was picked on his street last two years by some policemen and he has not returned to his parents since then! Is he dead or alive? We don’t know! A neighbor told a story of a young man shot dead close to his office. He was wearing dreadlocks.

Or we die hungry, rolling on the ground with our stomachs while they embezzle the funds that is made for us. Or perhaps we join those who proudly take their own lives on the third mainland bridge. Nobody cares about us while we live, maybe they’ll talk about us when we jump into the sea. By then, we will appear on the front page of Vanguard newspaper or the Nation and the matter ends there for us.

It was in that house on the other side of the road that one of my friends’ dead body was found. His parents had gone to one of those warehouses in Lagos to look for palliatives when a neighbor found his dead body, dangling in the air. He committed suicide because he became tired of living in a country that has no future for him. Chibuike is dead. Memories I shared with him hunted me for a while.

Some nights I wake up and I feel tears at the corner of my eyes but when I remember the times we shared, I smile. You could tell how free and liberated he felt and expressed himself whenever we decided to forget about this land. I was almost like a light he couldn’t let go even though I had my own struggles about what tomorrow holds for me then. But I gave him my time – most of it.

I listened while he talked, and when he was done I would just take his hands and kiss them. He had the most charming smile and dark skinned

But this land stifled him like a wandering fowl. So, I understood that all the dead people in Nigeria are made into stones. We carry them like an autograph everywhere we go. Perhaps, we may die like them and the Government may say nothing about us. Or maybe when they kill us, the Government would lie about our death to foreign ears and nobody would probe them further for any information about our death.

I don’t carry this grief always. I don’t remain in every sadness like I do always when I watch how this land that was made to protect us kills us daily. Whenever I remember home, I remember a string missing in every smile we lose to the grief of Loved ones and template of hopeless youths scattered all over the places, confused. Because being a Nigerian is a sin, we have learnt to change our identity everywhere we go.

Because having the Nigerian name is a crime and we must fasten our agonies to hide every truth away from the world to accommodate ourselves in other to fit in; perhaps pretend that we are all well in this country from the tweets we send out on dailies or the memes we gather to make ourselves happy despite the calamities befalling us. However, we have developed different strategies to make ourselves happy despite the hardship abounds in the country.

Dead things don’t tell of the dead and a dark blue sky can’t tell of happiness in a land like ours. Have Nigerians forgotten about the Chibok girls like that? Are they back home to their parents? Or are we still waiting for them to return home as promised by our President? Are they one of their political lies? Which father attaches little meaning to his children’s tears? Which mother would see her children’s pleas as violence?

My neighbour travelled last week so that his money would not be borrowed to complete the 2021 budget. Perhaps staying in Ghana would help him to keep his sanity intact.

In Fela Kuti’s voice: you were long gone before now. Eedris Abdulkareem tapped our shoulders in 2004 and reminded us that you were no more but they chased him away. He was accused of blaspheming and you did nothing, just nothing. When African China rose in 2007 and narrated to us the crisis he saw, we hoped you would change another wrapper from the old ones you were given but we were disappointed to see you still like this.

Now, the youngsters believe that the only Christmas worth doing for themselves is to leave your shore to foreign land. Some of them believe more in fraudulent activities rather than hard work. Seeing your passport is nothing to foreigners whom you were better off than before.  Your currency has been devalued severally by those you put up there!

Who has Stripped you naked, Nigeria? Who has called and you refused to pick?  Who did you offend that they treat you like you are a nobody — a nuisance?

An Igbo man said he was better than a Yoruba man few days ago and the Yoruba man stabbed him on the back then the government went to Brazil to borrow money to settle the issue. An Ijaw man said he owns the Oil Well in Delta, then a Fulani told him the well belongs to his ancestors.

He showed him many wells that his fathers built in Delta state from Katsina. The Ijaw man in an argument killed the Fulani man, the government flew to China to borrow money to settle the family of the dead man. When an Hausa man looked at a Benin man and told him he looked like a ghost, the Benin man realised that he has to dine with a long spoon henceforth.

It is no longer a big story that we are a lost people. Therefore, we have allowed religion to divide us. There are those who still fast and pray for a miracle to happen to Nigeria. Those who baptized logic into a demon. Just like Juliet, the choir mistress, who dodged bullets until she choked on hallelujahs and died, that is how many of us who placed the problems in this land in the hands of God without solving it would die. Maybe, God will prepare a room for them in Heaven.

Meanwhile, the Senators have learnt to stage drama every time they meet to discuss. Even those that doze off during meeting are paid sleeping allowances and those who fight while they conversed are paid fighting and quarreling allowances.

The only reason I have finally summoned up the courage to speak about this is because I am certain a lot of us who might come across these things as they evolve are in the same state of frustration as I am but we killed this very land ourselves. We made this country what it is today the very day we started avoiding taking up our responsibilities as the patriotic masses we are.

How do you feel when you recite the national anthem? Do you read meanings to the wordings or you just say it just like that?

You won’t find Jesus in Nigeria to resurrect her. You won’t call his name in Nigeria and expect him to come because we are still sick at 60, just like we were, the very day we were born and christened Nigeria.