Mr Adeleye Adeniyi Feranmi of Google ‘ Mind the Gap’: a digital skill training company has told the 2021 Batch A Stream 1 corps members that they have a space in the digital world today.

He made this statement while speaking to corps members in the multipurpose hall of the Permanent Orientation Camp in Ede, Osun State. 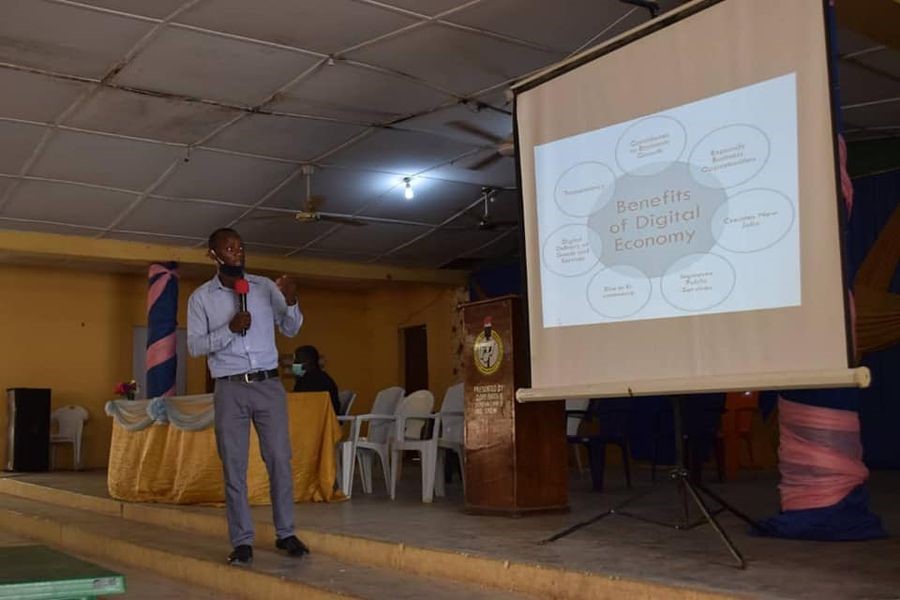 He described Mind The Gap as a strategic skill development, job creation and social enterprise incubation platform. He mentioned that one unique thing that is common to everyone going through the digital skill training course is the desire to succeed. He said that the three main components of the Digital Economy are E-business infrastructure, E-business and the E-commerce.

Furthermore, he educated corps members on various ways technology has changed businesses and Job opportunities; it has helped get more customers, employees and funding, it has also helped business owners be able to serve more people worldwide. He also mentioned that the digital economy permeates all aspects of society, including the way people interact, the economic landscape, the skills needed to get a good job, and even political decision-making.

According to Mr. Adeleye, our emerging digital economy has the potential to generate new scientific research and breakthroughs, fueling job opportunities, economic growth, and improving how people live their lives. He explained the various traits companies are looking out for in individuals which include; knowledge, expertise, tools and attitude. He showed the corps members an analysis on several social media behaviors of Nigerians.

Mr. Adeleye did not fail to speak to the corps members on different steps they can use to build a successful digital career business and kiss unemployment ‘bye-bye’.