The calls came on the occasion of the celebration of this year’s World Press Freedom Day, with the theme, “Information as a Public Good”.

Fr Añusi who noted that to a large extent journalists in Nigeria practiced press freedom, accused the government of the day for clamping down on the media and intimidating some citizens from expressing their thoughts freely.

However the communication guru charged journalists to use the power of the pen to ensure peace, unity and development of the country amid various challenges facing the nation.

He expressed the commitment of Fides Media in advocating for press freedom in Anambra State and beyond, while urging journalists to take action to improve their poor record on media prestige; even as he also challenged media practitioners to avoid the brown envelop syndrome.

‘Don’t allow your need to push you beyond your values and don’t go looking for brown envelope because he who pays the piper dictates the tune,’ Fr Añusi said, while tasking journalists on peace, developmental journalism. 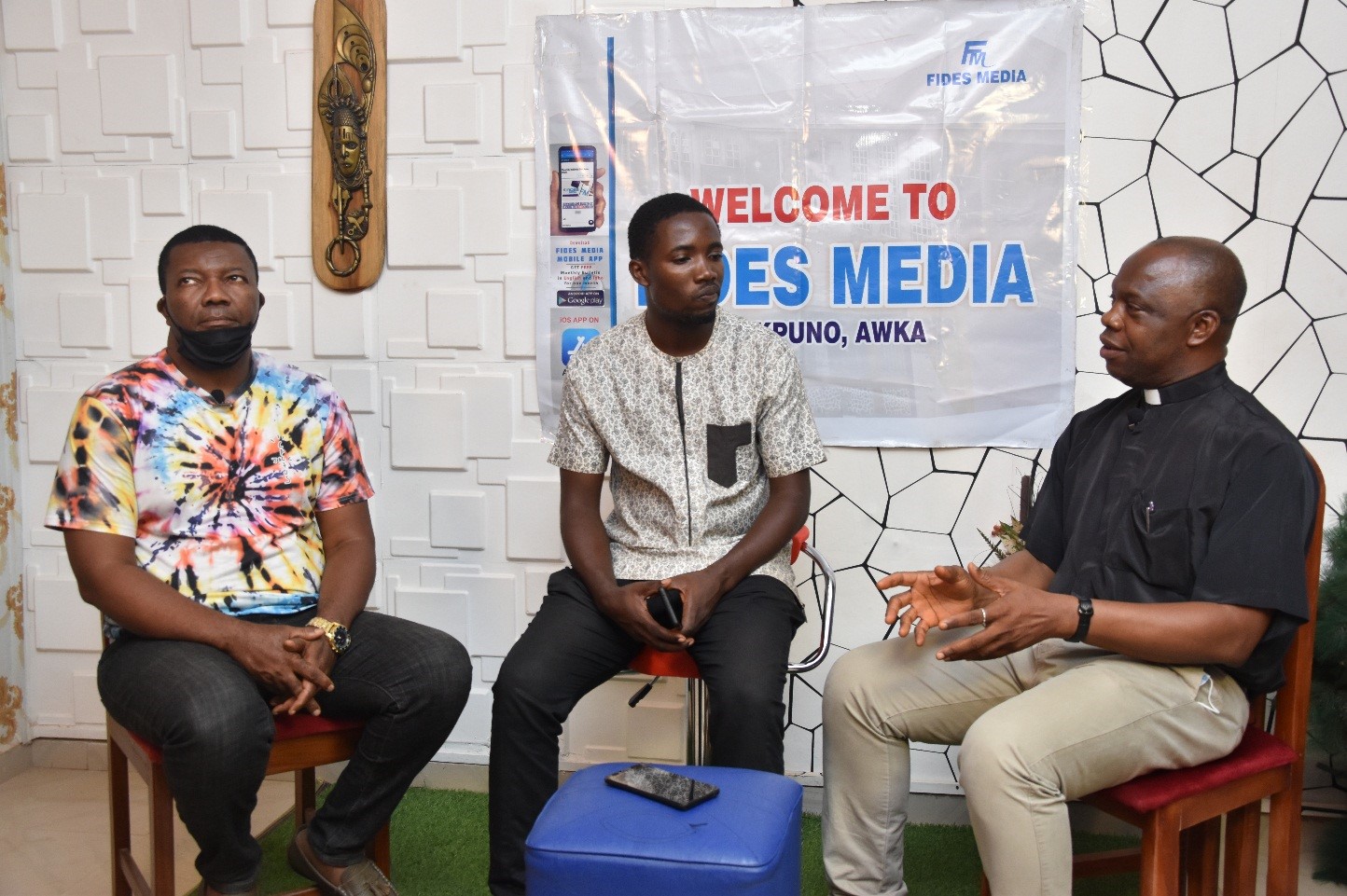 The veteran of communication said journalists, being the mirror of society, must discharge their duties diligently, upholding the ethics of the profession and providing only reliable, fact-based and accurate information to the public.

He said, ‘Amid the many challenges currently facing the country, it is pertinent that the media as the watchdog of society and members of the exalted fourth estate of realm, in the best interest of all Nigerians, uses the pen to unite the people, focusing on contents and reportage that foster unity, peace and development.’

While congratulating the Nigerian press on the milestone it had attained over the years, especially in the enthronement of democracy and dissemination of factual information, Mr Jude Atupulazi, Editor-in-Chief, Fides Newspaper, urged the media to continue to be the pathfinder in the quest for a more prosperous and progressive nation

Atupulazi said: ‘The celebration of World Press Freedom Day started in Namibia 1992 and it suggests a twin notion of an independent media and freedom of expression, which is enshrined as a fundamental human right.

‘The ability of the media to report stories without fear of a clampdown and intimidation and the ability of the people to freely express their thoughts responsibly, have come under persistent attacks by the current administration in Nigeria.’

He further tasked journalists on structuring their reports to promote non-violent resolution of conflicts and other pressing societal issues, noting that such an approach to their duties would drive sustainable development.

He further urged all journalists to shun fake news and continue to observe the ethics of their profession, adding that the role of the media included mirroring society, exposing ills, and bridging the gap between the government and the people to create mutual understanding and cooperation.

For its part, the Anambra NUJ council in a statement signed by Sir Emmanuel Ifesinachi, Chairman; and Emma Udeagha, Secretary; commended the doggedness of journalists and stakeholders in the media profession, adding, ‘Unfortunately, the journey towards the attainment of a viable free press in Nigeria appears to be endless, as journalists suffered series of attacks that had sent some to their early graves.

‘As we mark World Press Freedom Day, we must equally remember journalists that had lost their lives in the pursuit of stories

‘Government should secure justice for families of journalists murdered for doing their work. Dear colleagues, we urge you all to be steadfast in discharging your constitutional duties as members of the fourth estate of the realm.

‘We equally urge media owners and practitioners to find lasting solutions to the issue of unpaid salaries of journalists, running into months and years. This is unprofessional, and has to be nipped in the bud forthwith.’

Fides discovered that over the past 10 years, more than 1,300 journalists have been killed globally for reporting the news and bringing information to the public.