Woe to you Betrayers!

The world seems to have turned upside down. Who did it? Animals and trees are innocent. Human beings created in the image and likeness of God are entirely responsible. My Igbo people say it clearly, “Mmadu ka a na-aya.”Since Esau killed his brother Abel, the world has not been the same again. When God asked Esau the where-about of his brother, he replied with venom, “Am I my brother’s keeper?” (Gen. 4:9). Consequently, God cursed Esau for his atrocity and rendered him a fugitive all the days of his life.

Indeed, the greatest problem of man is that he fails to learn from history. As a result history continues to repeat itself. Few months ago, a certain evil young man conspired with enemies and killed his senior brother because of land tussle. 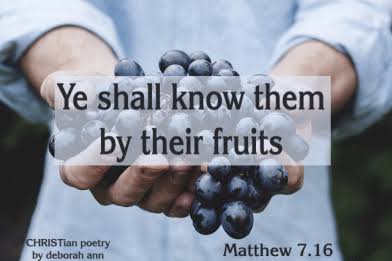 He arranged with hired assassins who ambushed his only brother on his way and silenced him forever with bullets pumped into his abdomen. He died at the spot. When the sad news broke out, the assailant shed crocodile tears publicly. Then he deposited his brother’s corpse in the mortuary and arranged for his befitting burial.

The deceased left behind a young wife and three little children. Tears flowed like flood on the burial day. The widow and her children cried to heaven for vengeance on the assassins. Hardly did they know that the architect of the bloody deed was living under the same roof with them. God is never asleep. Whatever is hidden shall be revealed.

During the dust to dust rite, the culprit came out to bid final farewell to his late brother. Immediately he poured sand on top of the deceased casket lying in the grave, he slumped and started foaming in his mouth. There and then he confessed to have conspired with the assassins who brutally killed his only brother over land dispute.

The deceased family and sympathizers were shocked to the bone marrow. After slumping, foaming and confession of his evil deed, he died shamefully beside his brother’s grave. Out of anger, the young men among the kindred took his corpse to a nearby bush and burned it into ashes. I believe the two deceased brothers would settle their case before the judgment sit of God.

The Lord Jesus Christ did not mince words when he asserted, “He who will betray me is one of those who dips his bread in the dish with me. The Son of Man is going as the scriptures say he will. But alas for that one who betrays the Son of Man; better for him not to have been born” (Matt. 26:23-24).

Woe to him or her who betrays others. There are many betrayers in our society today. They can be found in families, kindreds, villages, towns, states and countries. They can be also located in the sanctuary of God. These betrayers are also called saboteurs.

There were many of them during the Nigeria – Biafra Civil War of 1967 to 1970. Today we have many political betrayers or saboteurs. Their concern is their personal pockets. They can do any odd job for self aggrandizement. They are also power mongers. The cross-carpeting of politicians from one political party to the other is as a result of money or power.

Like the Prince Machiavelli, their philosophical motto is “The end justifies the means.” During elections they manoeuvre their ways to achieve victory by all means. They jump from one political party to the other at any given opportunity. They use any arsenal at their disposal to actualize their agenda. Sometimes they are used by the powers that be to destabilize a state or a country.

The gubernatorial election in Anambra State is around the corner, come November 6, 2021. Various political parties have presented their governorship candidates. Anambrarians must open their eyes wide to know the betrayers among them. The Bible says, “By their fruits you shall know them” (Matt. 7:16). Anambra State is popularly known as the ‘Light of the Nation’.

Therefore, the electorates must vote out the betrayers and vote in the best and God-fearing candidate among the contestants. If a betrayer is left to wangle his way into the Government House at Awka, then the state will be thrown into darkness again. God forbid!

Our people say that any bird dancing in the middle of the road has someone in the bush beating the drum for it. Is such a political bird among the governorship candidates in Anambra State? The Holy Scripture rightly says, “Our battle is not against human forces but against principalities and powers that govern this world. We are struggling against the spirits and supernatural forces of evil.

Therefore put on the whole armour of God, that in the evil day, you may resist and stand your ground making use of all your weapons” (Eph. 6:12-13). Prayer is our greatest weapon against betrayers in Anambra State in particular and in Nigeria in general.

We call on the Almighty God to intervene in the forthcoming Anambra State Governorship election on November 6, 2021 and in the Nigerian general elections in 2023. Man proposes while God disposes. As we pray, we should keep our eyes open so that the agents of darkness may not rig themselves into power.

For some weeks now, the Wit’s Corner has suffered breakdown in transmission. Many of my readers have been calling me on phone and asking me why? The reason is that I was suddenly betrayed by my laptop computer. It broke down beyond repair. The ugly situation is yet to be remedied due to economic hardship. I went commercial in presenting this write-up. Please pray for me that God will soonest throw down to me a laptop from heaven. Amen!!!