Rivers State Governor, Nyesom Wike, has slammed former Daar Communications Chairman, Mr. Raymond Dokpesi, for suggesting that the Peoples Democratic Party will not Zone its Presidential ticket to the South-East.

The Governor while speaking with stakeholders of the PDP at the State House in Port Harcourt on Tuesday, berated Mr. Dokpesi for subtly making a case for former Vice President Atiku Abubakar’s Presidential aspirations.

“At the level of Dokpesi, he said he is a high-chief; going on television to tell people that there is no zoning. I can’t believe this. Even if somebody is to say it. Is he the one to say it?,” Mr. Wike queried.

“And he has arrogated the power of the party to himself saying when Atiku wins, he will hand it over to the South-East. Is that not the decision of the party? So the party cannot decide at all, Dokpesi has zoned it,” he added. 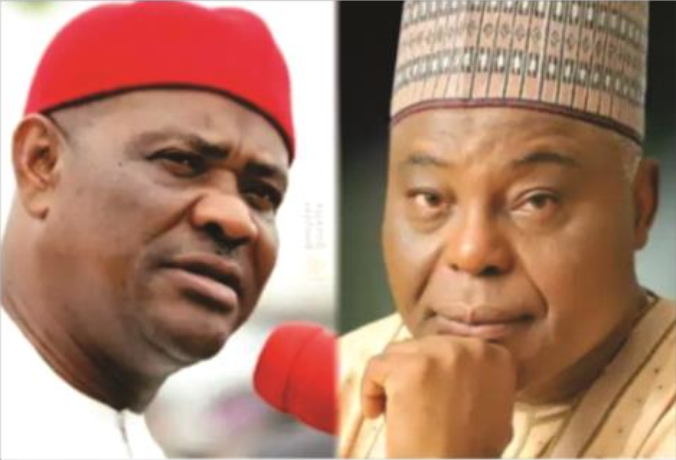 Denying claims that he has been handpicked to be the running mate of the former Vice President, Mr. Wike asked stakeholders to discard rumours making the rounds on social media, that the Southern Region was yet to decide.

“Please discountenance all those things you are hearing. The South will make a statement very soon. The day the South makes a statement; Nigerians will know that we’re not joking,” Mr. Wike further stated.

He warned that only the party has the power to decide the region that will get its Presidential ticket.

Mr. Dokpesi had while pleading with people of the South-East extraction to support Mr. Atiku’s Presidential ambition, suggested that the party will not zone it’s Presidential ticket to the region.

The former Daar Communications boss promised that Mr. Atiku will hand over to a South-East candidate after the expiration of his tenure if he emerges as the winner of the 2023 Presidential election.