Why We Won’t Take COVID-19 Vaccination

As Nigeria receives its share of the Biden Administration’s pledge of vaccines, there is palpable fear in some Anambra communities over vaccination against COVID-19, with some indigenes giving reasons for declining getting the vaccine.

They explained that it is hinged in part, on lack of trust for the vaccines, and on the other part, on the government.

Some people who spoke to Fides at Enugwu Ukwu and Nimo Communities in Njikoka Local Government Area, when visited, said they had no interest in taking the vaccine because they did not believe there was coronavirus. 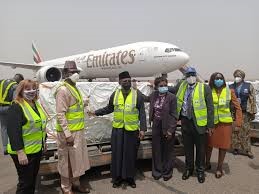 Some also said they could not trust the decisions of government in their best interest with regard to the vaccine.

It will be recalled that Nigeria recently received 4 million doses of some coronavirus vaccines from the United States; one that the manufacturer said was designed to send the body’s cells instructions for making a spike protein that would train the immune system to recognise a real SARS CoV-2 virus.

The Moderna COVID-19 vaccine was donated by the Biden-Harris Administration of the United States of America to Nigeria.

‘The immune system is then expected to attack the spike protein the next time it sees one (attached to a real SARS CoV-2 virus),’ the Morderna’s manufacturer had said, and reported further that it had 94.1 per cent effectiveness at preventing symptomatic infection in people with no evidence of previous COVID-19 infection.

According to Yale Medicine, some research suggests that Moderna’s vaccine may provide protection against the Alpha and Beta variants. But this is still being studied.

The vaccine is said to have high efficacy in clinical trials among people of diverse age, sex, race, and ethnicity and among persons with underlying medical conditions (although, the efficacy rate drops to 86.4% for people aged 65 and older).

However, some of the people who spoke to Fides said they would take none of that, while some said they could if only they felt there was need to or if they thought they had or were diagnosed to have the virus. 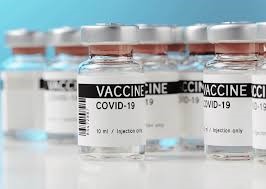 While few said there was no awareness created for the vaccine, most did not also trust that their community leaders would for any reason, want them to get the vaccine.

Some also said they could consider it if their priests or pastors would urge them to get the COVID-19 vaccine.

The vaccine has also been reported to have side effects and common among the noticed so far could include chills, headaches, pains, tiredness, and/or redness and swelling at the injection site, all of which reportedly were generally resolved within a day or two.

On rare occasions however, the vaccines have been reported to trigger a severe reaction that is treatable with epinephrine, a development for which experts recommended monitoring everyone for 15 minutes after their COVID-19 shot and for 30 minutes if they had a history of severe allergies.

Meanwhile, the vaccines were received and stored at the country’s National Strategic Cold Store near Nnamdi Azikiwe International Airport in Abuja.