Why I Turned Down NFF Technical Director Job – Olofinjana

Former Super Eagles midfielder, Seyi Olofinjana, has opened up on why he turned down the country’s national teams technical director role after he was approached by the Nigeria Football Federation.

After a professional career that spanned 16 years, the former Super Eagles star went into management and was named loan manager at Wolverhampton Wanderers.

At the Molineux Stadium, he played a key role in ensuring that the Wanderers maintained their English elite division status.

According to reports, NFF president Amaju in 2020 approached Olofinjana offering the 40-year-old the role currently occupied by Austin Eguavoen, which he turned down.

In an interview with Newsmen, the former Wolves midfielder opened up on why he turned down the offer but leave room open for a future appointment.

‘It was difficult, but at the same time, easy,’ Olofinjana recalled.

‘I think the federation made it a little bit easier for me to make that judgement call. There were certain questions I asked of the federation that they weren’t able to answer. 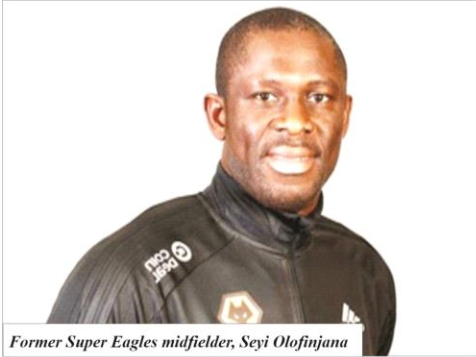 ‘I didn’t get answers to those questions and that is the day-to-day job for me. If there’s no clarity, there’s no going forward.

‘Do I regret saying no? Absolutely not. Is there a part of me that thinks it could be a good opportunity for me to go and put myself in the history books and try to help my people? Absolutely! I’m still looking for that opportunity

‘I’ll continue to knock on the door. Any day. I don’t know the day. I’m Nigerian. I can’t change that.”

As Nigeria prepare to mount their bid for a fourth Africa Cup of Nations title, Olofinjana called for to be a change of attitude from the players.

He said, ‘The talents have never been the problem of Nigeria. I think it (the problem) is in the philosophy, it’s in the structure.

‘I think we are living in the moment as a people. We think ‘What can we do in the next Nations Cup?’ without thinking further ahead.”

‘We tell ourselves ‘Oh, we’ve prepared well. The boys have done well but there has to be a plan behind the way we play football,” Olofinjana added.

Olofinjana recently was offered that same appointment by Swiss side Grasshopper Zurich.