Why I Discourage Biographies, Awards – Obi

The Vice Presidential Candidate of the People’s Democratic Party, PDP, in the 2019 elections, Mr Peter Obi, says he is not in the habit of accepting awards or endorsing his biographies because of the kind of praise singing that accompany such events, which can easily becloud good judgement from any leader. 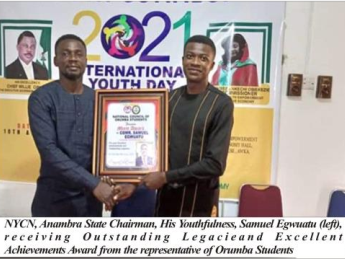 Obi made this revelation at Obudu over the weekend, during the launch of a book titled, “Peter Obi’s Model of Leadership: An Imperative for Nigeria”, authored by Rev Fr Humphrey Uche Udechukwu. Obi, who was represented by Chief Douglas Ogiake, explained that political leaders and public office holders must always resist the seductions of undue flattery that came in the form of awards or biographies, which, he said, affected objectivity.

‘I am aware that a lot of books and articles have been written about me. I am also aware that I have been the topic of many research projects in higher institutions. My reactions have been the same. As Governor, I turned down many requests for awards in the belief that awards given while in office are always motivated by other interests than recognition of merit. For the same reason, I discouraged those that sent proposals to write books on me. I did this because I strongly believe that undue flattery affects objectivity,’ he said.

Obi appreciated Fr Udechukwu, who, he said, had taken time to present such a research based work out of deep conviction of his excellent

performance in public office. He stated that he had never met Fr Udechukwu and only got to know about the book through his former Chief of Staff, Prof Stella Chinyere Okunna.

He said, ‘Today, Rev Fr. Humphery Uche Udechukwu is presenting a book entitled: “Peter Obi’s Model of Leadership: An Imperative for Nigeria”. I cannot recall meeting Fr. at any time. In fact, my attention was drawn to the book by Prof. Chinyere Stella Okunna. I am convinced that Father has written out of genuine desire to record whatever we might have done for the instruction of budding leaders and future generations. His efforts are worthy of support since he wrote out of conviction. Though I have not read the book, I am pretty sure the work is research-based.”

Advising public office holders on the need to focus on building a better society, rather than be swayed by corrupt practices, Obi wished that those in positions of authority should bear in mind that leadership was not about stealing the money belonging to the people, but about using the positions of leadership to serve the people and contribute to the advancement of civilisation.

He said, ‘Even if books are not written about one while in office, time shall come when one’s good deeds will be the talk of the town because one simply did the right things.

‘When I saved over 75 billion Naira for Anambra State, cleared the arrears of pension, and did massive work on institutions of state, I felt I was only doing the right thing. Today, this book, as well as many other write-ups about me, are more fulfilling than if I had stolen the money belonging to the people.’