Why 2023 General Elections May Be Postponed – INEC

The Independent National Electoral Commission (INEC) says that the prevailing security challenges in the country may lead to the “cancellation/or postponement” of the 2023 General Elections billed to start in February.

Mr. Mahmood Yakubu, the National Chairman of INEC dropped the hint in Abuja, where he was represented by the Chairman, Board of Electoral Institute, Abdullahi Zuru, said on Monday. 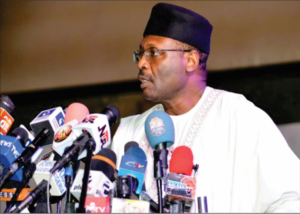 “If the insecurity is not monitored and dealt with decisively, it could ultimately culminate in the cancellation and/or postponement of elections in sufficient constituencies to hinder declaration of election results and precipitate constitutional crisis.”

The electoral body had announced February 25 and March 12 for the Presidential and National Assembly and Governorship elections respectively.