Section 67 of the Trade Mark Act defines a Trade Mark as a mark used or proposed to be used in relation to goods for the purpose of indicating, or so as to indicate, a connection in the course of trade between the goods and some person having the right either as proprietor or as registered user to use the mark, whether with or without any indication of the identity of that person, and means, in relation to a certification trade mark, a mark registered or deemed to have been registered under Section 43 of this Act”

The Supreme Court in FEREDO LTD. V. IBETO IND. LTD (2004) 5 NWLR (Pt. 866) SC 317 defined same as a mark used or proposed to be used in relation to goods for the purpose of indicating or so as to indicate, a connection in the course of trade between the goods and some person having the right either as a proprietor or a registered user to use the mark. 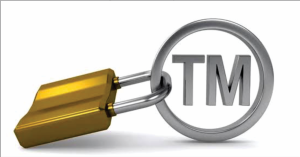 The purpose of a Trade mark is to give an indication to the intending purchaser as to the manufacture and quality of the goods to be sold, to indicate by their appearance the trade source or trade hands through which they have reached the market. It is a distinctive picture which indicates to a purchaser of a good the means of getting the same article in future. Once a trade mark’s registration is valid, it gives the proprietor the exclusive right to use the trade mark in marketing or selling this goods, and without his consent if anyone else uses an identical mark or one so nearly resembling it as to be likely to deceive or cause confusion, this will entitle the proprietor to sue for infringement of trade mark.

“Subject to the provisions of this Section and of Sections 7 and 8 of this Act, the registration (whether before or after the commencement of this Act) of a person in Part A of the register as proprietor of a trade mark (other than a certification trade mark) in respect of any goods, shall, if valid, give or be deemed to have given to that person the exclusive right to the use of that trade mark in relation to those goods. 2)

Without prejudice to the generality of the right to the use of a trade mark given by such registration as aforesaid, that right shall be deemed to be infringed by any person who, not being the proprietor of the trade mark or a registered user thereof, using it by way of the permitted use, uses a mark identical with it or so nearly resembling it as to be likely to deceive or cause confusion, in the course of trade, in relation to any goods in respect of which it is registered, and in such manner as to render the use of the mark likely to be taken either – a) as being used as a trade mark; or b) in a case in which the use is used upon the goods or in physical relation thereto or in an advertising circular or other advertisement issued to the public, as importing a reference to some person having the right either as proprietor or as registered user to use the trade mark or to goods with which such a person as aforesaid is connected in the Court of trade.”

Whilst Section 9(1) reads: “1. In order for a trade mark (other than a certification trade mark) to be registrable in Part A of the register, it must contain or consist of at least one of the following essential particulars – a) the name of a company, individual, or firm, represented in a special or particular manner; b) the signature of the applicant for registration or some predecessor in his business; c) an invented word or invented words; d) a word or words having no direct reference to the character or quality of the goods, and not being, according to its ordinary signification, a geographical name or a surname; e) any other distinctive mark.” 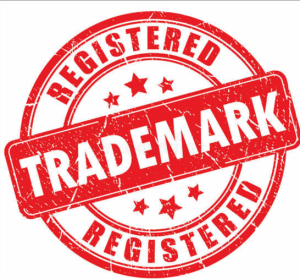 It is clear from the subtitle under Section 5 and the words used in Section 5(2) that the section covers the rights of a registered proprietor and when such rights are deemed to be infringed. Section 5(1) of the Act clearly stipulates that once a trade mark is registered in respect of any good and it is valid, the registration is deemed to give the proprietor the exclusive right to the use of that trade mark in relation to those goods specified.

Therefore Section 5 of the Trade Mark Act presupposes the existence of a valid trade mark. Section 9(1) subtitle refers to Distinctiveness needed for registration. The main key word to note therein is “to be registrable”. This section applies to registration of a trade mark.

It sets out the particulars and requirement on Registrable trade mark. It is founded on the prerequisites to the Registration of a trade mark and the Registrable mark. On the other hand Section 5 of the Act encompasses the privileges and rights vested on a proprietor of a valid Registered Trade Mark.

The nature of the dispute raised in the case of VIRGIN ENTERPRISES LTD V. RICHDAY BEVERAGES (NIG) LTD (2009) LPELR-8187(CA) is whether the Appellant’s registration of the word “virgin” as a trade mark entitles it to the exclusive use of the word as the appellants claimed that they are the registered proprietor of the trade mark “VIRGIN” under No. 55476 in Class 32 in respect of specific items inclusive of aerated waters.

The Appellant’s only witness testified and tendered documents and his testimony was not challenged but the learned counsel for the Respondent only submitted that no claim can be made to a word which is of generic nature as in the present issue (virgin) at hand whereupon the court held that the Appellant’s trade mark is registered and enjoys statutory protection under Section 5 of the Trade Mark Act.

Generic name as described in the Blacks Law Dictionary Eight Edition is a term that describes something generally without designating the things source or creator such as the word “car” or “sink” for example Apples can be a trade mark for computers but not for Apples.

Equally a name may be generic if used with one product but arbitrary if used with another. For instance “Bicycle” may be registered to identify playing cards but it could not be protected as a mark to identify bicycles. Distinctive marks are arbitrary in nature and are entitled to be protected. The arbitrary trade mark contains common words that do not describe or suggest any characteristic of the product to which the trade mark is assigned.

The Aim of the proprietor is to convey through the mark in the minds of potential customers, the desirability of the commodity upon which it appears, once this is achieved the proprietor of a trade mark has something of value. Thus the owner protects same.

The right vested in a registered word on the proprietor has statutory backing. What is paramount is to ask whether the word is registered as the trade mark.

The word’s distinctiveness when used means generally an essential element of the trade mark which distinguishes it from other marks. It is a mark that consumers immediately and consistently associate with specific goods and services. It may be a word symbol, shape or colour in the trade mark.

The statutory right is subject to certain exceptions provided in the Act. These exceptions are raised as a Defence to the effect that a proprietor will not be allowed to interfere with use by any person of a trade mark identical with or nearly resembling it in relation to goods to which that person has continuously used that trade mark from a date previous to the use of trade mark in relation to those goods of the proprietor, or where there is a bona fide use by a person of his own name or name of his place of business or the use by any person of any bona fide description of the character or quality of his goods.