WHETHER THE FATHER OF A LEGITIMATE CHILD OR LEGITIMATED CHILD HAS ABSOLUTE RIGHT TO CUSTODY OF THE CHILD(REN) UNDER CUSTOMARY LAW?

It is apposite to discuss the position of the law on the right to custody of children of a marriage in situation where the said marriage has broken down, the husband and wife (father and mother) are no longer living together and one of the parties has or both of them have filed for dissolution of the said marriage under customary law.

In OKWUEZE V. OKWUEZE (1989) 3 NWLR (Pt. 109) P. 321 @ 334, the Supreme Court, when dealing with the right to custody of children of a dissolved marriage which was conducted under Native Law and custom, enunciated that under most systems of Customary Law in Nigeria, a father of a legitimate or legitimated child has absolute right to custody of the child. 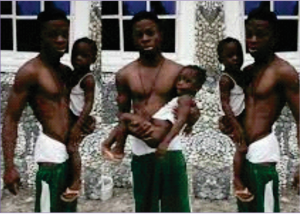 However, the Customary Laws recognizes that such absolute right of the father will not be entered where it will be detrimental to the welfare or well-being of the child, In ODOGWU V. ODOGWU (1992) 2 NWLR (Pt. 225) P.539 @ 560, the Supreme Court enunciated that if the parents are separated and the child of the union is of tender age, it is presumed that the child will be happier with the mother and no order will be made against this presumption unless it is abundantly clear that the contrary is the situation for example immorality of the mother, infectious disease on the mother, insanity, and or her cruelty to the child.

For this purpose custody proceedings could even be adjourned to the judge’s chambers where an informal hearing of the child’s view could be assessed along with those of the parents. Ojo v. Ojo (1969) 1 All NLR 434; Apara v. Apara (1968) l All NLR 241.

Margaret C. Onokah, in her book, FAMILY LAW, 2002, wrote that: “Under Customary Law, a father has exclusive custodial right over the children of his marriage. This right extends beyond custody, to “ownership” of the children. Thus his right has been described as capable of transmission to his family members. The wife has no such rights over her children. During separation or on dissolution of a marriage under Customary Law, the father has custody of the children of the marriage.

This exclusive custodial right of a father over the children of the marriage does not obtain under statutory marriage. In this latter, the Court determines which of the parents has custody of the children, ‘the paramount consideration being the welfare of the children themselves. This rule of Customary Law hinged on the fact that most Nigerian communities are patrilineal (a few being the opposite matrilineal) by reason of which children belong to their fathers’ lineage.” 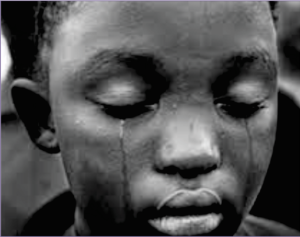 However the position is now different. The paramount consideration now in the award of custody to either of the party to the said failed marriage is the interest of the chid(ren).

“However, the position is now different in Ondo State for subsection (1) of Section 22 of the Customary Courts Law, Cap 33 of the Law of Ondo State, 1978 provides that in determining the custody of children born under a customary marriage, the interest and welfare of the children is paramount. The subsection reads – “22 (1) In any matter relating to the guardianship of children, the interest and welfare of the child shall be the first and paramount consideration.”

The Customary Court in deciding that the respondent should have custody of the children made no reference to the provisions of the subsection and it is clear from its brief judgment that it in fact did not take the subsection into consideration before it granted the custody of the children to the respondent. The Customary Court therefore misdirected itself.

If the Customary Court had adverted to the provisions it no doubt would have considered in general the practice under Yoruba customary law which has been stated by R.O. Ekundare in his booklet titled – Marriage and Divorce under Yoruba Customary Law; where it is stated as follows on p.64 thereof- “In the case of a dissolution, the customary court will consider what is best for the child. If the child is too young, e.g.

if it has not been weaned, the court will grant an interim order giving the custody to the mother notwithstanding the fact that she has been found to be the guilty party. If the child has attained, say, the age of five, the court will have to consider who can best take care of the child. If the court is convinced that the father can best provide for the child, especially when the mother has no independent means of her own, the child will be put in his custody, notwithstanding the fact he was the guilty party.

The sex of the child is also taken into consideration. A female child is considered to be more comfortable with the mother, while a male child is considered to fit in with the father. The court may refuse to grant custody to either of the parents, if the court is convinced that none of them is capable of giving the child the best care. In such a case the court may decide to grant custody to a guardian (in most cases, a relative).”

Let me also say that the award of custody of children under customary law is not automatically tied to the success of a petition or cross-petition in matrimonial proceedings at the Customary Court. In other words, it is not the law that a party who succeeds in the proceedings at the said Customary Court shall always be awarded the custody of the children of the marriage as the overriding consideration is the interest of the child(ren).

The above factors and others which may be considered relevant in a particular case in the welfare of the children are always the parameters to be considered and used in the determination of the issue of custody of children even as it relates to statutory marriages.