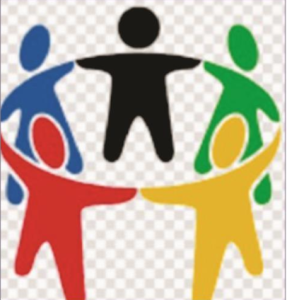 There is nothing in the 2012 Constitution to suggest even remotely that they were adopted by a general meeting to continue in office. The finding and order of the lower Court amount to putting a judicial stamp on illegality. Umuobi Development Union is a voluntary association.

When a group of people voluntarily come together and form an association or union and agree to be governed by a set of rules and regulations, every individual who voluntarily elects to join the association is bound by the rules, regulations and the Constitution of the association. See NYAKO (RTD) V. ARDO & ORS (2013) LPELR – 20848 (CA) AT 80 (B-D).

The respondents were bound by the 1995 Constitution of the union under which they were elected and which stipulated their term of office. The Court has no power to interfere in the manner in which the lower Court did. On whether there are circumstances where the Court would interfere in a case where members of a voluntary association have come to a decision within the provisions of their Constitution even if the decision is unreasonable, the Supreme Court Per PETER-ODILI, J.S.C held as follows in MBANEFO V. MOLOKWU & ORS (2014) LPELR – 22257 (SC) AT 31 – 33 (G-C); “It is to be stated that when the Appellant entered and became a full member of the Agbalanze Society, he did so with the full knowledge and freewill to adhere to the rules and regulations guiding it.

Therefore, it is not for him to pick and choose which aspect suits him at a given time and which he is at liberty to do away with. To wish to so choose is to first disengage from the association otherwise, he is bound wholly and entirely to what has been provided by the association for the association or members on how its operations are to be conducted. 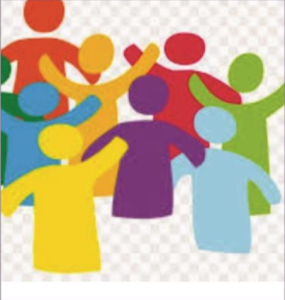 “In this regard, I would like to apply the principle as enunciated in the case of:- Alhaji Balarabe Musa v. Peoples Redemption Party (PRP)(1981) 2 NCLR 763 at 769 per Adefarasin CJ:- “The Court would not interfere in a case like this one where members of a voluntary association have come to a decision within the provisions of their Constitution even if the decision is unreasonable, circumstances have not arisen by which the Court ought to intervene.

I am therefore not inclined to quash a resolution of the PRP that PRP Governors should no longer attend institutionalized meeting of Governors. To my mind that resolution does not amount to a violation of the fundamental rights provided for under Sections 32, 36, 37 and 38 of the Constitution. It is my view that it is still open for the Applicant to attend any meeting he may wish and no one may stop him. But so far as the party is concerned, it is to have the right to discipline its members.

As a voluntary association, it has the right to lay down its own decisions even when they are unreasonable. They should be obeyed or the member in disobedience is entitled to quit. The party is in its own right supreme over its own affairs. This must be said loudly and clearly, unless it has violated its own Constitutional provisions the Court would not interfere. The Court will not substitute its own will for that of a political party or any other voluntary association.

Those who join clubs, or associations or political parties must be made aware of the perils of membership. The majority will must prevail whether it is reasonable or unreasonable.” See also CHINWO V. OWHONDA & ORS (2006) LPELR – 7624 (CA) AT 18 – 19 (A-A). The decision of the Peace and Reconciliation Committee that the respondents should step aside because their tenure has expired under the 1995 Constitution was a decision properly made within the constitution of the association.

The fact that previous executives have remained in office after the expiration of their tenures until a fresh election was held does not make an unconstitutional act a constitutional one and is a not reason to continue to perpetuate the unconstitutionality. The lower Court held that there was no constitutional crisis within the union. That finding obviously ignored the opening paragraph of Exhibit M attached to the respondent’s further affidavit wherein it is stated at page 111 of the record of appeal that:

“We are all aware, that we have a crises on our hands, in the government of Umuobi. During our last general meeting on Saturday July II, 1998, Irunato Age Grade and their supporters comprising Irunesi Age Grade, indicated the Executive Committee. My quarrel with them, is that they are not using democratic procedures to bring about change, it is very well know that non-equilibrium changes create chaos in their wake.

Those who have the progress of Umuobi at heart, should desire to have an orderly change of government. If the problems observed are not rectified, the new Executive Committee will continue to have the same problems. In recent years, all Executive Committees have been brought down by force. As a result, there has been no progress.” The reason why all the elected executives had to be brought by force is not farfetched. The elected executive continued to hold on to office after their term had expired.

The respondents also did the same. In the face of the documents before the Court, the finding that there was no constitutional crisis within the union is perverse. The Constitution did not provide for a Peace and Reconciliation Committee but it was a child of necessity. Peace and Reconciliation Committee came about as a necessity to preserve the peace and unity of the community and prevent the crisis from generating into chaos. Elders in the community who were as old as 84 years were charged to Court for conduct likely to cause breach of peace. The doctrine of necessity applies where some action is necessary to prevent a greater harm.

The setting up of the Peace and Reconciliation Committee and the actions taken by the committee can be excused because its decision was aimed at preventing a total breakdown of peace in the community which would have caused greater arm to the community.

The setting up of the committee and the actions taken by the committee was a reasonable thing to do in the circumstances. On the whole, it is my finding that this is a proper case for this Court to interfere with the judgment of the lower Court. The Court took into account irrelevant facts and ignored the obvious facts which led to a perverse conclusion that the respondents are entitled to the reliefs sought.”

The general rule is that a Court will rarely interfere with decisions of a voluntary association except where rules of natural justice were ignored in arriving at that decision as was held in the case of DAWKINS V ANTROBUS (1881) 17 CHD 615.