WHETHER INTOXICATION CONSTITUTE a DEFENCE TO ANY CRIMINAL CHARGE?

Intoxication occurs long before someone passes out. It is proved that each person responds differently to the effects of alcohol based on mood, setting, physical health, and tolerance. Intoxication is the point at which alcohol depresses the central nervous system so that mood and physical and mental abilities are noticeably changed.

The legal definition of intoxication is a Blood Alcohol Content (BAC) of .08. 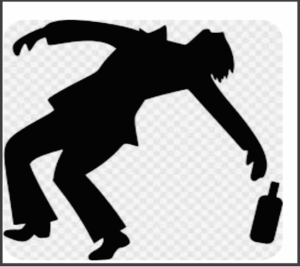 Tolerance is completely unrelated to a person’s BAC. BAC is the amount of alcohol in one’s system based on weight, number of drinks, and the period of time during which alcohol is consumed.

A BAC of .06 – .10 is considered the point of diminishing returns. Typically, a person at this BAC will experience the following:

*IMPAIRED judgment, inappropriate behavior (such as drinking competitively or annoying others)

Slowed mental processing (can only do one task at a time, forgetting things, lighting more than one cigarette at a time, or losing their train of thought, cannot listen well, follow conversations well, or understand what others are saying)

Some people may become significantly more affected at lower BACs, whereas others at similar BACs may not appear to show symptoms due to developed tolerance. There are however no absolutes. 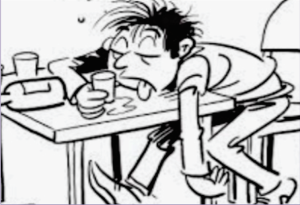 “if the accused person at the time of the act or omission complained of did not know that such act or omission was wrong or did not know what he was doing and the state of intoxication was caused without his consent by the malicious or negligent act of another person or that by reason of the intoxication he was temporarily insane at the time of such act or omission as was held in the cases of Attorney-General of Northern Ireland v. Gallagher (1963) AC 349; Inyang v. The State (1973) 1 NMLR 22 and Okunu v. The State (1977) 3 SC 151 at 161.

“Does the defence avail him? The answer is to be found in S.29 of the Criminal Code. The issue is further dealt with in DPP. v. Majewski (1976) 2 ALL E.R. 142. In the first place, unless the offence was one which requires proof of a specific intent or ulterior intent, it was (sic) no defence to a criminal charge that by reason of self-induced intoxication, the accused did not intend to do the act alleged to constitute the offence.

Intoxication which resulted in mental oblivion would not excuse criminal responsibility unless it fell within Section 52 of the Code which provides that :-“Nothing is an offence which is done by a person who, at the time of doing it is by reason of intoxication caused by something administered to him without his knowledge or against his will, incapable of knowing the nature of the act, or that he is doing what is either wrong, or contrary to law.”

Nevertheless, the law outlines three circumstances under which intoxication could be a defence. They are:

*where the accused was, as a result of intoxication, temporarily or permanently insane at the time of the commission of the offence

*if the intoxication deprived the accused person of the ability to form requisite specific intention to commit the offence in question.

In applying this leg of the defence, a distinction is often drawn between basic intent and specific intent. Specific intent refers to intent required in result crimes while basic intent refers to intent required in crimes where a more general intention will suffice. Although controversial and difficult to apply in practice, this distinction continues to be the basis for the application of that leg of the defence.

So, when you drink to be intoxicated, remember that if you lose your sanity temporarily and you commit an offence, a defence of intoxication will not avail you.