I had met her once. In a way I can only recur, but not remember; if I am to provide more details. It was just me seeing her, from a faraway perspective, without emotions, with no much thought. Just as we see different people every day, yesterday, today and if we are lucky, tomorrow, without any pause to ponder their personality, who they are, their successes, failures and the stories they carry with them. 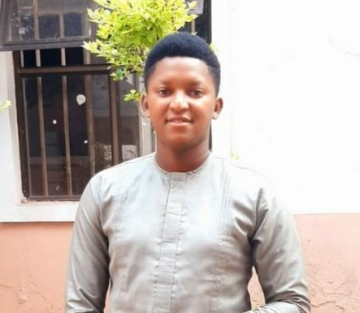 If not that in her case, that fateful but obscure day, my mind was not entirely blank about her, because they identified her to me as mama fada. I did not really know her. This literary pilgrimage therefore earns its footing from a surge of overpowering emotions attending in me and a fervent urge to honour the life of the dead.

A dead that lived so well, so graciously. So lovingly. Why this? I cannot discern. Maybe, in the end, I will seize hours to learn the cause. I can only deal with the effect at the moment. It is not like I can help it.

It is a surge. And it is overpowering.

Mrs Elizabeth lived a strong, virtuous, simple, prolific and deeply devoted life. For the first, eighty-three years – longer than the Scriptures earmarked for the strong. For the last, and the one before it, the meaning of Elizabeth, and its Hebrew origin stand in for her respectively, as observed in ‘God is my oath’ and her procreation of seven children like the Hebrew women.

For someone I had barely known, the others are lofty presumptions, but for the stunningly glorious traits of her son, fada, which give me the bravery to declare otherwise. The Igbo man says that a snake must beget a long thing. 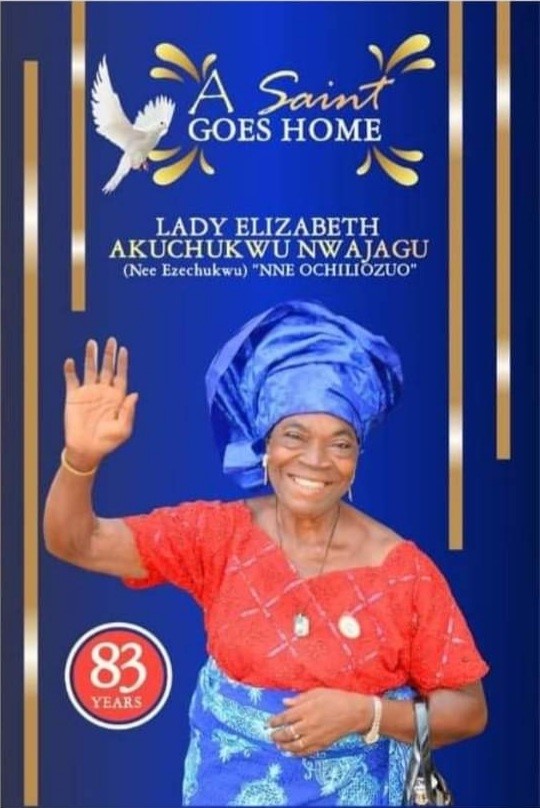 I can imagine how mama could have called his name, when she informed, chastised and counseled her son alongside his siblings. I want to visualize how she did it, the very way she had called his name, the tone of her voice and all the sentiments that came with it, that made him grow into a man of such disposition, charisma and integrity.

With maximum sense of mission and mature purpose. They will possess meaningful details that are helpful to the present generation, and the abysmal parenting failures associated with it.

I remember the testimonies of the students he taught. The princesses of Loretto and how they say about him – they loved, and love him. The witnessing to generous love and purpose, as evidenced by the very walls of Loretto Special science school, Adazi-Nnukwu and its mind-blowing restructure.

I can only transmit them to the knowledge and love he had received from his mother, Akuchukwu. The delicate care and attention with which she must have nurtured him. That did not leave him broken and devoid of the capacity to teach and treat the younger generation with love while being firm at all times.

Motherhood is the posture of the family, and such nice things hardly find their place in persons from a broken home. Akuchukwu, you justified your entrustment of little things here on earth, surely, you will be entrusted with God’s Wealth there in heaven.

Obinna, in mum’s voice, or fada Hilary, in mine, impresses me a thousand times with the idea of an ideal gentleman. A Three B-person, gifted with beauty, brains and behaviour. I must like the Biblical woman say, “gracious is the womb that carried him:” Ochili. Metaphysically, those who called her that name are inspired.

In the physical, which is readily available and verifiable, a testament of overwhelming awe photographed by friends and neighbours who watched her transform into a potter, moulding legacies that would outlast her, not only in her son, but also in all around her. One finds no veritable title that understands the nature of her personality than the name, Ochiliozuo. She served humanity to the same height as her son,  fada.

Latin says, De mortuis nihi nisi bonus (of the dead, say nothing but good), but of the life of Mrs Elizabeth Akuchukwu Nwajagu, I can say anything but evil.

Truly, when a good woman dies, hope germinates. The hope of perseverance in good till the end. Hope to the present generation and posterity. In all, the hope of the Resurrection.