In my class two in the secondary school, I had a nearly fatal accident at home. On that fateful day, I climbed a giant pear tree standing at the centre of my father’s compound. I knew when I started climbing. At a point, my hands slipped off from the tree branch I clasped on.

I screamed and shouted, “Ewo-o-o!!!” What followed later remains a mystery to me till this day. I was said to have plunged down with my head, hitting it on packed cement blocks at the base of the pear tree. I sustained bloody injuries. Also I lost consciousness. I was almost half dead.

The buckets of water they poured all over my body did not help matters. Then I was rushed to Oko General Hospital. The doctor and nurses on duty carried me into the emergency room for treatment and resuscitation. Afterwards I was placed on admission for some weeks. My bodily injuries got healed, but my mental wound remained.

For better attention, I was transferred to a Specialist Hospital in Jos, Plateau State, which was hundreds of miles away. My spirit was in the world of Ideas throughout the long journey. Only my body was in the vehicle, which my caring uncle took care of. 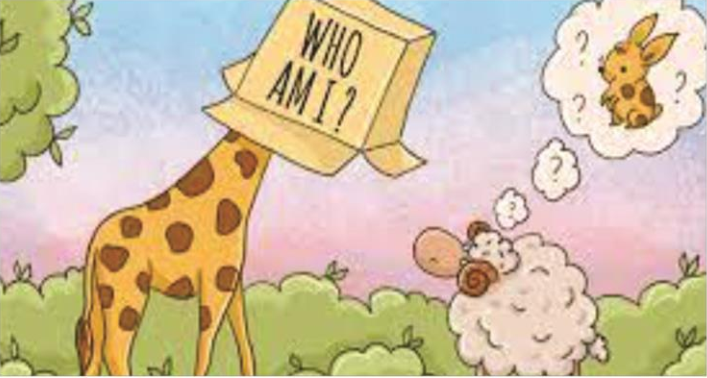 On arrival at Jos, I was rushed straight to the recommended Specialist hospital for further medical and mental attention. The specialist doctors and psychologists tried their best to restore my lost consciousness, but it was all in vain. I was biologically present but mentally absent throughout the weeks I was on admission there.

At last the Specialist Doctor discharged me and recommended that I should be placed on bed rest at home. My parents obliged and paid the heavy medical bill. They took me to our house in Jos, where I was taken special care of by my parents and siblings.

My body lay daily on the bed, while my spirit was hovering all over the world. In fact I didn’t know that I was still in this world. I thought I had died and was undergoing the sufferings due to my pardonable sins in purgatory. Really I never thought of being in hell because I did not encounter the Prince of hell at all. My parents and well-wishers began to bombard the heavens for my wholesome recovery.

Indeed, God is never asleep. He answered the prayers promptly. On a certain beautiful and miraculous day, it seemed like some scales fell off my eyes. My spirit came back. I looked up and down, left and right and loudly asked, “Where am I?” My lovely mother, who was sitting beside me, smiled and exclaimed, “My son Amobi, you are here in Jos.

Thank God that you are back to normal.” I stood up and sat beside my caring mother and asked her what and how did I come to Jos. She briefly narrated the long story to me. I was filled with joyful tears. At this moment, my lovely father opened the door and came in.

He was surprised to see me conversing sensibly with my mum. He clasped tightly at me and exclaimed, “My son, I thank God that you are back to life after three months of uncertainties.” We all sang praises to God. That day was the happiest day in my life and in my family.

Now, hear another real story. Marriage is said to be for better and for worse. It is not a bed of roses. It happened that a certain good woman got married to her better half. The marriage was blessed with three children. The husband started well, but at a stage, he began to live a loose life.

He was wayward and was always drunk. After drinking heavily, he fell into gutter almost on daily basis. The caring wife on each occasion rushed to the place and brought him home in a wheel barrow. She did this severally. After some time, she was fed up. For her, the drunken husband was neither dead nor alive. He was no more useful. In fact he became a nuisance.

Another day he drank to stupor and fell into flood catchment pit and was almost drowned. The wife with the aid of passersby brought him out and squeezed a lot of water from his body. She put him in the wheel barrow and changed direction.

She conveyed her straight away to a nearby mortuary and deposited him with the mortician on duty. He asked the mortician to embalm him when he breathes his last. Thus the mortician took him and kept him among the bodies to be attended to on the next day.

At about 2.00a.m the following day, the drunken husband came back to his senses. Thank God there was light inside the mortuary. He saw that he was lying among corpses. Immediately, he screamed and shouted, “What! Am I dreaming? Where am I?” He was filled with sweat and fear.

He ran towards the entrance and started knocking heavily on the door. He shouted, “Who is there?! Please open this door! I am not dead. I am still alive but was drunk. Help! Help!! Help!!!”  Luckily, the mortician was in his office and has dosed off. The shouting woke him up.

He ran towards the mortuary ward. Angrily he shouted, “Who is this troublesome corpse among the dead? Go back and rest in peace with others before I teach you an unforgettable lesson! If come inside there, I will give you a lethal injection which will silence you forever.” The drunken corpse cried like an old baby and then replied esoterically, “Please, open the door for me. I am not dead.

Please do not give me any deadly injection. I am not dead but was drunk. Who brought me here?” Out of pity, the mortician opened the door and gave him 40 lashes of cane and ordered him to carry one of the corpses on his head for 15 minutes. He obeyed. Finally the mortician compelled him to sign a surety that he would never be drunk again. At last the mortician ordered him to run away from the mortuary without looking back. He did so.

It was around 4.00a.m that he came back to his house. He knocked at the door exceptionally. The wife shouted from within, “Who is that idiot disturbing us at this early morning? Are you a human being or a ghost?” The agonized husband replied with loud voice, “I am the idiot, your husband.

I am not a ghost but a human being. Please open the door.” The caring and despaired wife with cold feet opened the door. He came in looking like a mad man and smelling like a rotten corpse. The wife wore a face mask and tearfully asked him, “Have you risen from the dead? Welcome back from the land of the dead.

I have been preparing for your burial.” He knelt down pleading, “My dear wife, I have learned the lesson of my life. From today I will never get drunk again till death do me part. Please give me a second chance.” As penance for his stupidity, the wife asked him to sweep and mop the whole house for seven days.

Also he must take bath of hot water with bleach and sleep at the corridor for one week till the nasty and deadly odour disappeared from his body. He promptly obeyed. From then onwards the “Where am I?” question was solved perpetually.

Where am I? This is an existential question. My people say that a person who does not know where rain started beating him can never know where it stopped. We must pose certain fundamental questions to ourselves on frequent basis: Who am I? Where am I? Where am I going? What am I doing now? Am I right or wrong? The answers are introspective.

The great philosopher Aristotle asserts that an unexamined life is not worth living. The Church’s liturgical year has just ended with the Solemnity of Christ the King. Is Christ reigning in my life? We have entered the season of Advent, which is a four-week preparation for Christmas as well as for the second coming of the Lord Jesus Christ. So far, is it so good or so bad? A stitch in time saves nine.

Everything that has a beginning must have an end. The calendar year is about to end. The journey which we started on 1st January 2021 will come to an end on 31st December 2021. It is not in doubt that not everyone that began the year is alive today.

Many have died. May God grant them eternal rest! Many are sick. May God grant them quick recovery! Some have lost the sense of bearing and are wandering on the road to perdition. Many of our youths are no more God-fearing. Many have abandoned Christianity and have embraced idolatry.

Neo-paganism is also on the rise. Some people seriously doubt the reality of heaven and hell. Human life is in serious jeopardy as a result of terrorism, kidnapping and banditry. Consequently, thousands of innocent Nigerians have been sent to their untimely graves. Many have been rendered homeless. The number of orphans and widows has multiplied drastically.

As the year comes to an end, our lives are likewise coming to an end. Human life begins biologically at conception and ends at death. In essence we are made of body and soul. The body is mortal while the soul is immortal. Therefore human life is not ended at death but changed from mortality to immortality.

There is life after death, which is eternal. As human beings living in this passing world, three things await us at the end of our earthly life. They are death, judgment, heaven or hell. As a result, we must ask ourselves this essential question: Where shall I spend my eternity: in heaven or in hell? Each and every one of us will reap what he or she sows (Galatians 6:7). I must know where I am at each moment in time.

A dog that is destined to get lost ignores the hunter’s whistle. Saint Augustine says that God created us without our cooperation, but he cannot save us without cooperation. By this time in 2121, all of us living now must have gone to eternal glory or to eternal shame. Therefore, let us make hay while the sun shines. The cry of ‘had I known’ will be heard on the day of reckoning.