When Will Evil Cease?

Why would he ask me such question? I was neither good nor bad, nor was I the progenitor of any. If he meant it to be rhetorical, then it was more than that to me. It was annoying. Aside being annoying, were the patches of provocation it fixated on me, invoking spirals of thoughts that wrapped and warped my mind; sending it to different corners.

As fast as these thoughts went, they returned – as gifts to unwelcoming recipients, staring back at me, stark in the face, as stubborn realities.

He asked the question a number of times more, Rufus, as he stared distantly. It seemed like the question was directed at me but had its answer written faraway in the clouds. He was off. I gazed in the same direction as he did. If the answers were there, then I needed to see them too. 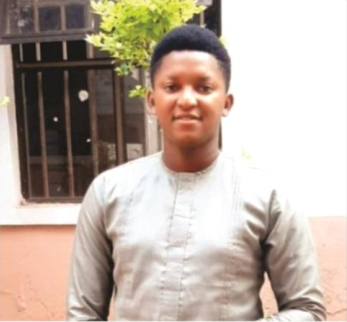 There were no answers in the cloud, nor written anywhere faraway of anywhere. If I saw anything, it was the story of Sochima. An encapsulation of the maze: ‘why do bad things happen to good people?’

Sochima, I would never forget him. Nor the tears that slipped down his eyes when his father died, when he had no one to sponsor his education, when relatives did not care. Mother would have helped but her sickness had its toll on her. I had tiny eyes but larger brains for my age.

I had gone to my room, locked myself and cried my eyes out. I knew what was happening. They thought I did not know. But I knew everything they did was wrong. Every single thing they did to him, like an unwanted pregnancy in the care of abortionists; like Jones by the animals of Animal Farm. Uncle had stripped his family of everything they had. Left alone, he would have thrown him out.

Well, he did, though subtly, then his mother could not take it any longer and died. Uncle was my father. He was wicked. He was terrible. My mother too. But I was too little to speak. Too weak. My only revolt was my tears, which were however silent and inconsequential. I was foolish. Selfish. A coward. Or was I giving myself more obligations than I should and could assume at my age? A boy of seven. But Sochima was only ten!

Whatever it was, I remember that fateful night. The night Sochima ran from home. A home that had become a nightmare. I could feel his pain. I felt every morsel of it. I wished I had run with him. I wished he had slapped my hand, woke me up and said, “come let’s go, someplace faraway from here, where they will not see us again.

Unfortunately, he judged me as he did my parents. I was not part of them, but I do not blame him. I hated what they did to him. It was a decade and some years, and he had not returned home.

I prayed everyday that he was not dead or lost. I hoped strongly he was alive and happy wherever he was. I wished he now had the life he sought, the life he deserved. Every ounce of joy and peace. Sochima, I beseeched him to be fine for me. I missed him a lot.

But why did such evil happen to such an innocent soul. He offended no one. It was far from what he deserved, everything that befell him, everything that my parents did to him and his family. Yet, he stayed strong. He fought.

I heard of the story of his later life in the street, the bridge, the warehouse, from a distant friend just recently. Barely two weeks ago. The story of a false accusation that kept him in prison for five years. That it was only a year since he returned. His name having been vindicated.

I was so happy. It was the least life could offer him after all the unmerited troubles and crises and frustrations he had suffered, right from a very unripe age. I prayed and wished him so well wherever he was, the friend had not given me that detail.

It was a moment of respite to my ever-distressed heart. I did not hope for his forgiveness, either to me or my family. We did not deserve it. I did not want it. All I wanted was for him to be happy. A fulfilled life blessed with all the good things he ever wanted.

‘My darling Sochima. I would always love you.’

Then, when life was beginning to become meaningful for him, having been compensated with enough money to start a life, I got another distressing news from my distant friend. The news shattered my heart, my very being. Sochima was shot during a protest at a particular toll gate, with a particular flag clutched tightly in his hand. He had suffered injustice the whole of his life, he was not going to let it continue anywhere. He knew better from the lessons life had taught him. So, when the bullets came flying, he was undaunted. It got him. He fell and never woke up again. Death had taken him away.

A moment of silence.

A miserable life, a disheartening death. Sochima had lost it both ways. No! He was a hero. He is a hero. Forever in our hearts. His blood, an evidence of the regrettable past. His blood, a statement of our unfortunate present. His blood, a testimony of our hope for a better tomorrow.

Sochima, why did life treat you so hard? Wake up and talk to me, why was life so cruel to you?

Evil, some say, is an absence. Its presence being only that of a lack, not existing per se. Like a one-eyed Felix or the omission of some good. Others say it is a necessary opposite in a world of dualism. While still more call it a perennial problem and walk away. Eventually, why does evil exist?

When will evil cease?

This science of unease.