What’s the Point of Fasting, Anyway?

God commanded it, Jesus practiced it, Church Fathers have preached the importance of it – fasting is a powerful and fundamental part of the Christian life.

But for many Catholics today, it’s more of an afterthought: something we grudgingly do on Good Friday, perhaps on Ash Wednesday if we remember it. Would we fast more, especially during Lent, if we understood how helpful it is for our lives?

The answer to this, say both saints of the past and experts today, is a resounding “yes.”

“Let us take for our standard and for our example those that have run the race, and have won,” said Father Sabatino Carnazzo, founding executive director of the Institute of Catholic Culture.

“And…those that have run the race and won have been men and women of prayer and fasting.”

So what, in essence, is fasting? 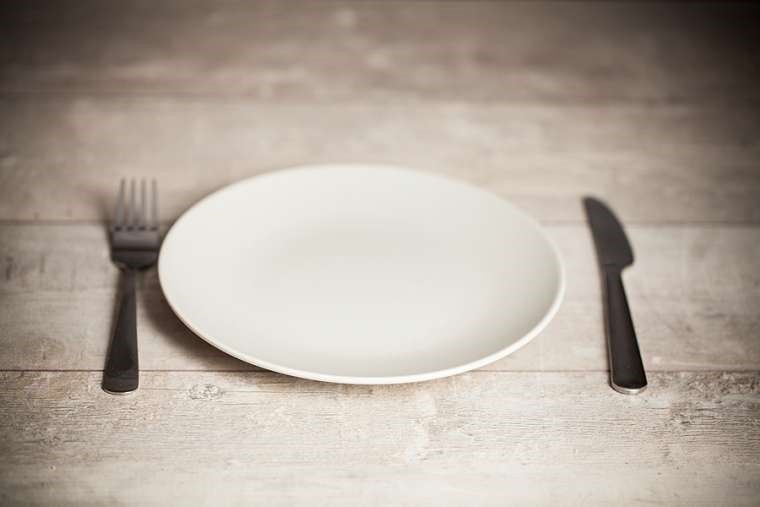 It’s “the deprivation of the good, in order to make a decision for a greater good,” explained Carnazzo. It is most commonly associated with abstention from food, although it can also take the form of giving up other goods like comforts and entertainment.

The current fasting obligation for Latin Catholics in the United States is this: all over the age of 14 must abstain from meat on Ash Wednesday, Good Friday, and all Fridays in Lent. On Ash Wednesday and Good Friday, adults age 18 to 59 must fast – eating no more than one full meal and two smaller meals that together do not add up in quantity to the full meal.

Catholics, “if possible,” can continue the Good Friday fast through Holy Saturday until the Easter Vigil, the U.S. Catholic Bishops Conference adds.

Other Fridays throughout the year (aside from Friday within the Octave of Easter) “are penitential days and times throughout the entire Church,” according to Canon Law 1250. Catholics once abstained from meat on all Fridays, but the U.S. bishops received permission from the Holy See for Catholics to substitute another sacrifice or perform an act of charity instead.

Eastern Rite Catholics, meanwhile, follow the fasting laws of their own particular church.

In their 1966 “Pastoral Statement on Penance and Abstinence,” the National Conference of Catholic Bishops exhorted the faithful, on other days of Lent where fasting is not required, to “participation in daily Mass and a self-imposed observance of fasting.”

Aside from the stipulations, though, what’s the point of fasting?

“The whole purpose of fasting is to put the created order and our spiritual life in a proper balance,” Carnazzo said.

As “bodily creatures in a post-fallen state,” it’s easy to let our “lower passions” for physical goods supersede our higher intellect, he explained. We take good things for granted and reach for them whenever we feel like it, “without thinking, without reference to the One Who gives us the food, and without reference to the question of whether it’s good for us or not,” he added.

“And the Lord said at the well, with the (Samaritan) woman, He said that ‘everyone that drinks from this well is going to be thirsty again. Why don’t you let me go to work in your life and I’ll give you a fountain welling up to Eternal Life.’”

While fasting can take many forms, is abstaining from food especially important?

“The reason why 2000 years of Christianity has said food (for fasting), because food’s like air. It’s like water, it’s the most fundamental,” Carnazzo said. “And that’s where the Church says ‘stop right here, this fundamental level, and gain control there.’ It’s like the first step in the spiritual life.”

What the Bible says about it

Yet why is fasting so important in the life of the Church? And what are the roots of the practice in Scripture?

The very first fast was ordered by God to Adam in the Garden of Eden, Carnazzo noted, when God instructed Adam and Eve not to eat of the tree of knowledge of good and evil (Genesis 2:16-17).

The fast is the weapon of protection against demons – St. Basil the Great.

Fasting is also good because it is submission to God, he said. By fasting from the fruit of the tree, Adam and Eve would have become partakers in the Divine Nature through their obedience to God. Instead, they tried to take this knowledge of good and evil for themselves and ate the fruit, disobeying God and bringing Original Sin, death, and illness upon mankind.

At the beginning of His ministry, Jesus abstained from food and water for 40 days and nights in the desert and thus “reversed what happened in the Garden of Eden,” Carnazzo explained. Like Adam and Eve, Christ was tempted by the devil but instead remained obedient to God the Father, reversing the disobedience of Adam and Eve and restoring our humanity.

Following the example of Jesus, Catholics are called to fast, said Fr. Lew. And the Church Fathers preached the importance of fasting.

Why fasting is so powerful

“The fast is the weapon of protection against demons,” taught St. Basil the Great. “Our Guardian Angels more really stay with those who have cleansed our souls through fasting.”

It better disposes us for prayer, noted Monsignor Pope. Because we feel greater hunger or thirst when we fast from food and water, “it reminds us of our frailty and helps us be more humble,” he said. “Without humility, prayer and then our experience of God really can’t be unlocked.”

Thus, the practice is “clearly linked by St. Thomas Aquinas, writing within the Tradition, to chastity, to purity, and to clarity of mind,” noted Fr. Lew.

“You can kind of postulate from that that our modern-day struggles with the virtue of chastity, and perhaps a lack of clarity in theological knowledge, might be linked to an abandonment of fasting as well.”

A brief history of fasting

The current fasting obligations were set in the 1983 Code of Canon Law, but in previous centuries, the common fasts among Catholics were stricter and more regularly observed.

Catholics abstained from meat on all Fridays of the year, Easter Friday excluded. During Lent, they had to fast – one main meal and two smaller meatless meals – on all days excluding Sunday, the day of the Resurrection. They abstained from meat on Fridays and Saturdays in Lent – the days of Christ’s death and lying in the tomb – but were allowed meat during the main meal on the other Lenten weekdays.

The obligations extended to other days of the liturgical year. Catholics fasted and abstained on the vigils of Christmas and Pentecost Sunday, and on Ember Days – the Wednesday, Friday, and Saturday after the Feast of St. Lucy on Dec. 13, after Ash Wednesday, after Pentecost Sunday, and after the Feast of the Exaltation of the Holy Cross in September – corresponding with the four seasons.

In centuries past, the Lenten abstention was more austere. Catholics gave up not only meat but also animal products like milk and butter, as well as oil and even fish at times.

Why are today’s obligations in the Latin Rite so minimal? The Church is setting clear boundaries outside of which one cannot be considered to be practicing the Christian life, Carnazzo explained. That is why intentionally violating the Lenten obligations is a mortal sin.

But should Catholics perform more than the minimum penance that is demanded? Yes, said Fr. Lawrence Lew, O.P., who is currently studying for a Pontifical License in Sacred Theology at the Dominican House of Studies in Washington, D.C.

The minimum may be “what is due to God out of justice,” he explained, but we are “called not only to be just to God,” but also “to love God and to love our neighbor.” Charity, he added, “would call us to do more than just the minimum that is applied to us by the Code of Canon Law today, I think.”

In Jeremiah 31: 31-33, God promises to write His law upon our hearts, Carnazzo noted. We must go beyond following a set of rules and love God with our hearts, and this involves doing more than what we are obliged to do, he added.

Be wary of your motivation

However, Fr. Lew noted, fasting “must be stirred up by charity.” A Catholic should not fast out of dieting or pride, but out of love of God.

“It’s always dangerous in the spiritual life to compare yourself to other people,” he said, citing the Gospel of John where Jesus instructed St. Peter not to be concerned about the mission of St. John the Apostle but rather to “follow Me.” (John 21: 20-23).

In like manner, we should be focused on God during Lent and not on the sacrifices of others, he said.

Lent (is referred to) as a joyful season…It’s the joy of loving Him more.

“We will often fail, I think. And that’s not a bad thing. Because if we do fail, this is the opportunity to realize our utter dependence on God and His grace, to seek His mercy and forgiveness, and to seek His strength so that we can grow in virtue and do better,” he added.

And by realizing our weakness and dependence on God, we can “discover anew the depths of God’s mercy for us” and can be more merciful to others, he added.

Giving up good things may seem onerous and burdensome, but can – and should – a Catholic fast with joy?

“It’s referred to in the preface of Lent as a joyful season,” Fr. Lew said. “And it’s the joy of deepening our relationship with Christ, and therefore coming closer to Him. It’s the joy of loving Him more, and the more we love God the closer we draw to Him.”

“Lent is all about the Cross, and eventually the resurrection,” said Carnazzo. If we “make an authentic, real sacrifice for Christ” during Lent, “we can come to that day of the crucifixion and say ‘Yes Lord, I willingly with you accept the cross. And when we do that, then we will behold the third day of resurrection.’”

A version of this article was originally published on CNA Feb. 20, 2016.