What’s a Nation without Taxation

It is altogether safe, sound and logical to publicly avow that taxation is the very soul of any polity worth the name. Absent taxation from the activities of society and one finds humanity searching for mirage in the desert in an attempt to meet its basic needs and responsibilities.

Taxation is as old as man. Millennia of human history contain brave efforts of human to tax their fellows and how aggressively the members of society have fought such imposition. The good Book has stories of where taxes and levies were portrayed as the hub and energizer of governance.

Taxation has come to mean different things to different people at different periods in time. It has at some point become a source of poetry, the stimulus to philosophy and even conflict between the imposers, collectors and payers. Men have been maimed, killed on account of the intricacies from tax and levies. Taxes and levies have offered the singular most important impulse to government on the means of making money for development. 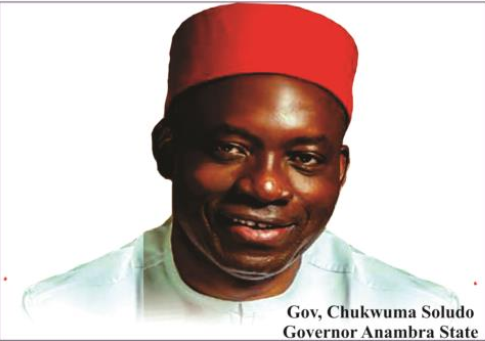 Suspicions is however high that revenue collection in Anambra State has metamorphosed into calls and havens with deeply entrenched interest. The checkered state of revenue collection in the state, given the substantially manual ways of collecting by the often not too literate but pugilistic collection has all combine to leave issues of concern for both the government and people of the state.

It is therefore no wonder that the new administration in the state under the leadership of Governor Charles Soludo, himself a Professor of Economics set out in its detailed mission of governing Anambra State to first harmonize the tax and revenue collection regime of the state.

There is no doubt that to effectively sanitize this tax and revenue collection structure of the state, is one of the most difficult and daunting tasks for the new administration. Those who gain from the numerous calls of illegality and criminality created by revenue collection contractors and impersonators would want to hold on to their gains with unmasked aggression and viciousness. These would have to change if the state must make any real claims to development.

It must be observed that even at the most minimal appreciation of state affairs, handling the revenue challenge of the state calls for tact, dialogue, effective reward mechanism and uncommon use of technology as well as occasioned brute force if necessary to deal with those who opt to be recalcitrant.

It is given that no responsible government would watch hands akimbo as tax or revenue paid by its citizens finds their places in the pockets of a few but highly connected individuals. More importantly is the fact that taxes and levies connote a deep contract between the state and her citizens.

Implicit in the notion of imposing taxes and levies is the belief and conviction of the citizens that the sacrifice they make in parting with their hard earned money will in turn yield to what we have come to term democracy dividends. They come as good roads, well equipped hospitals, affordable schools, clean water, habitable environment, better welfare adequate security etc etc.

It is therefore not for nothing that the Soludo Administration found a man with quite a massive, infact daunting pedigree in the person of Mr. Richard Madiebo to handle such a massive assignment for the state and he began well, calling meetings of his staff, issuing press statements and informing every onye Anambra on the key role tax plays in the socio-economic development of the nation.

It is hoped that his tenure as the Chief Executive of Anambra State Internal Revenue Service (AIRS) would offer the much needed elixir to the nature and structure of revenue in the state to the benefit of the state and the entire ndi Anambra and, bequeath a legacy to which every administration in the state will emulate.

In another development, the South East Youth Movement of Nigeria (SEYM) has hinted that the current Soludo Administration will succeed. In a five point communiqué released at their two-day meeting in Enugu, the youths commended Governor Chukwuma Suldo for his right choice of candidates when appointing people to positions of authority in the administration of the State.

They specifically lauded the governor for appointing Mr. Richard Madiebo the Chairman/Chief Executive of Anambra State Internal Revenue Service as AIRS helmsman. The group expressed optimism that with his antecedents, pedigree and records of service, Madiebo possesses all it takes to discharge his duty effectively and reposition the State Internal Revenue Service for efficient service delivery.

It described the Anambra State Internal Revenue Service as the financial engine room for the State government and outlines reasons for ndi Anambra to pay their taxes and levies to enable government execute its development programmes.

It’s unfortunate low law tax moral is noticeable in the country and this is linked to a week social contract between citizens and the States. For quite some time now, citizens have received limited public services, amenities or infrastructure from taxes they pay and this has brought about tax evasion.

Transparency, accountability and provision of dividends of democracy, public service will raise moral among Nigerians. No doubt the use of technology has made for the development of successful tax system. The use of facial biometrics has made it easy for tax payers to enroll into the platform even from the comfort of their homes. In this circumstance political support is crucial for without it reforms’ll be unsuccessful.

The ANSSID introduced by the Anambra State Government has enjoyed political support thereby enabling the AIRS to manage the interests and resistance to any reforms it introduced. AIRS must be poised to face tax evasion and confront those who indulge in illegal collections. Madiebo must guard his loins and be prepared for a battle as these illegal collectors will go at length to hold on to their nefarious activity.

They’ll maim, even kill to halt any intruder, any one that will venture to stop them from their illegal collections. This group is careless of what the revenues generated by government is used for. Their concern is to fill their pockets and nothing will stop them or even come their way. With Madiebo at the helm of affairs AIRS will succeed. The future of ndi Anambra is bright. There’re good days ahead.