In the course of business, banks lend money to its customers, and they expect to be repaid as and when due. However, it is not possible for them to know which would turn out bad. Thus, security is usually required for lending. It is an assurance for repayment of debt. Mortgage is one of the ways of executing security.

Mortgage is a conveyance of interest in a property as security for the payment of a debt or for the discharge of some other obligation. The borrower is called the mortgagor while the lender is known as the mortgagee. The most common mode of creating banking security affecting land is by mortgage.

Land includes everything on it, such as houses or economic trees. The law requires that the consent of the governor must be obtained before creating mortgage on land. Failure to meet this requirement rendered the mortgage null and void in the case of Savannah Bank of Nigeria Ltd v. Ajilo (1989) 1 NWLR. 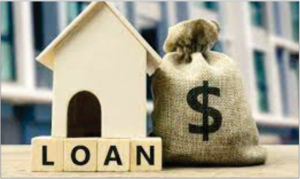 Legal mortgage is created by the customer/mortgagor executing a prescribed deed of mortgage in which the mortgagor’s interest in the mortgaged property is absolutely conveyed to the bank, giving the bank several specific remedies.

It involves an agreement which transfers the title deeds to the mortgaged property to bank. Legal mortgage ensures that the right of the mortgagee to sell the land is unfettered.

It also grants the mortgagee the power to execute his remedies without the assistance of the mortgagor or a court of law.

Legal mortgage makes the remedies available to the mortgagee immediately or automatically on default by the mortgagor. However, upon the default of the customer, the law requires that he must be given a notice which expires at the end of three months before any statutory remedy can arise.