WHAT IS THE EXTENT OF LIABILITY OF AN ISSUING BANK OF AN AUTOMATED TELLER MACHINE (ATM CARD)?

ATM MasterCard is produced by MasterCard International with an issuing bank as its agent. Once a customer opens an account and deposits money in the account, there exists a customer/Banker relationship between the customer and the bank. This is seen as a contractual relationship in which the bank is under obligation to honour a request from the customer to withdraw money from the account once the account is funded. Where the bank fails to honour such legitimate request, the bank will be found liable for breach of contract.

In normal circumstance, a bank has the duty to honour any request made by a customer on the Appellant bank provided the account is funded. This request can be made by cheques, transfers or operation of ATM card which is given to the customer.

In GUARANTY TRUST BANK V. MOTUNRAYO-TOLULOPE ALEOGENA (NEE OYESOLA) (2019) LPELR-46922(CA), the Respondent operates an account and on request she was given an ATM Card. It is a Debit MasterCard. The card was issued to the Respondent by the Appellant. The card bears the logo of the Appellant. The card by the usual or ordinary cause of business can be used to withdraw money from any other ATM once the account is funded.

The Appellant in the Appellant’s brief submitted that the Respondent did not prove that she was told that the ATM issued to her can be used in any other bank. This argument in my opinion cannot fly for it is common knowledge that in line with corporate best practice and the revolution of the globalization of banking transactions, an ATM card can be used in any other bank for which money can be dispensed to the person once the account is funded. 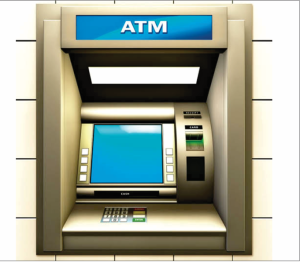 It would appear therefore in ATM transaction, the Bank is merely like a clearing house between the banks that has the ATM that is used and MasterCard. Once the ATM card is used, the instruction to debit the customer’s account automatically goes to the bank in which the account is domiciled.

This instruction comes from MasterCard which produced the card. In the same automated system, MasterCard sends the instruction to the bank on which the card is used to dispense cash to the customer. What seem to be clear is that, the Appellant is a bank which domiciles the account of the Respondent but on transactions activated by ATM, the liability is not solely his as it involves MasterCard and the bank whose ATM is used.

It would appear that in the circumstance, on ATM transaction, the Appellant is an agent of MasterCard. The question now is, where does liability lie in this case? Is it the Appellant which is more of a clearing house or an agent of the Master Card which has not deliberately breached the contract by refusing to pay the Respondent the money requested for? Or, is it Master Card which has the cyber space in issuing automated instruction to both the domiciled bank and the paying back? Or thirdly, is it the paying bank which has no knowledge about the transaction apart from receiving automated instruction delivered to it by MasterCard to pay? It would appear that the main culprit is MasterCard which controls the cyber space as it relates to the transaction between the customer, the domiciled bank and the paying bank.

This is my understanding of how the ATM works. There is however a situation in this case that takes it out of the ordinary. There are general principles but every case is to be handled within the particularity of the facts of the case. See Akinlolu vs. State (2013) LPELR 21876. The theory of the matter and the practicality of the facts are two different things. The Court exists to do justice. This is the main duty of the Court and in this instance; it is substantial justice and not technical justice.

There is no evidence to show that the Respondent was informed that the Card was issued to her on behalf of MasterCard. Looking at the back of any ATM Card and that of the Respondent the Appellant seems to take responsibility for the card. It is written thus:

“This card is issued by and remains the property of Guaranty Trust Bank plc. If found please return to any Guaranty Trust Bank branch or E-Business & Card Services, Plot 1400, Tiamiyu Savage Street, Victoria Island.” All in all, the party that the Respondent knows in relation to the transaction is the Appellant whereupon the court, Per EBIOWEI ,J.C.A (Pp. 26-41, paras. A-F) dismissed the appeal of the Appellant and held that the Appellant is liable for breach of contract for which the banker is liable in damages.