Last Thursday, Anambra State got a brand new governor in the person of Professor Chukwuma Soludo, former Governor of the Central Bank of Nigeria. He succeeded former Governor Willie Obiano who stayed in the saddle for eight years.

For the past 19 years or so, Anambra has been lucky to have had governors who did not disappoint; ranging from Senator Chris Ngige, through Mr Peter Obi, to Chief Willie Obiano. Even before the swearing in of Soludo, almost every Nigerian not just Anambra people, believed that Soludo would do the job commendably. Nothing has changed that belief. 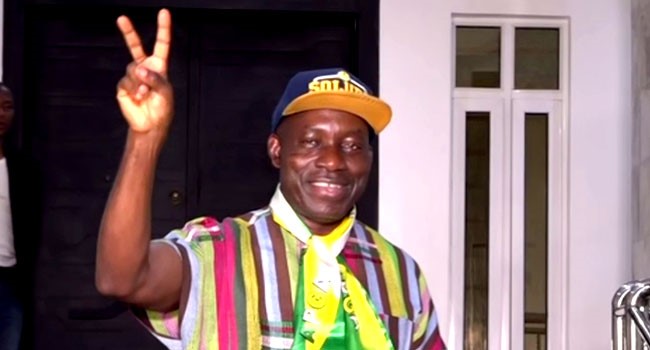 Given his humongous achievements as the Central Bank Governor, it would have been strange for anyone to expect anything less from Soludo. In his case, it was not as if he was goaded to become governor. He had always desired to serve his people as governor and this was as far back as 2010 when he contested on the platform of the People’s Democratic Party, PDP. Since then, he has not wavered in his resolve to make Anambra a state to be reckoned with in the country.

From early indications, Soludo is seeing governance as serious business, rather than an opportunity to embark on a jamboree. He said before his swearing in that he did not want an elaborate ceremony as he wanted to go straight into business immediately after he was sworn in and this he did.

He has also expressed readiness to patronize local manufacturers and products like akwete materials, local shoes and palm wine. These are choices that will boost business for those in those lines of business. We are happy with the signals he has so far given.

We are aware that one of the problems of leaders in this part of the world are praise singers who do not give breathing space to such leaders. Their actions are distractions that can be done without. We therefore expect that the newest governor in Nigeria, Soludo, will not encourage such people but will stick to his promise of facing the business of governance he has come to do.

While not asking him to turn his back on people, we advise him to work with only those who have meaningful things to offer, especially now that his administration will be trying to establish a footing. He should shun adulation from the praise mongers and quickly settle down to what he has come to do.

And among those things he will do is to tackle security. The security situation in the state has become very terrible and being that he was himself a victim of a terrorist attack, we expect that he will implement far-reaching measures to stem the tide of insecurity in the state and this should include collaborating with neighbouring governments in order to comprehensively tackle the security challenges.

As he does this, we implore him to seriously tackle roads in the state which condition has worsened. While we may not expect him to immediately start constructing roads, we expect that serious palliative work will be done on the existing ones most of which are on the verge of collapse.

We believe that tackling these two issues early in his regime will go a long way in reassuring the public that their faith in him will not be a waste.

We heartily congratulate him on his swearing in and pray God to give him the wisdom and strength to serve his state in this difficult period. Let’s all collectively work for the success of his administration