We Will Be Remembered For What We Have Done

Alfred Nobel was a great inventor and industrialist; he was the man that invented dynamites. In the late 1880s, he read a French newspaper of what he thought was the obituary of his brother that has recently passed.

The obituary went on to say that “The merchant of death is dead” and stated that “Dr. Alfred Nobel who became rich by finding ways to kill more people faster than ever before, died yesterday.”

It was an unpleasant surprise to Alfred Nobel to learn about his nickname as the merchant of death and the public image that he has created for himself. Not wanting to be remembered as the Merchant of Death, he decided to change what people would think of him after his passing and improve his public image. 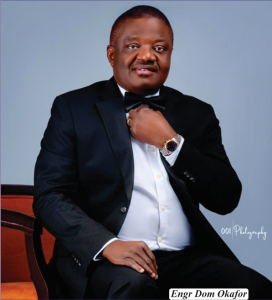 He went on to establish the Nobel Foundation, leaving all his wealth after his death to fund the prestigious award that bears his name. The Nobel Prize has become one of the prestigious awards in the world that is honouring men and women for their outstanding accomplishments in different fields.

The general principles governing awards were laid down by Alfred Nobel in his will. Since 1901, the Nobel Prize has been awarded in the fields of Physics, Chemistry, Physiology or Medicine, Literature and Peace while a memorial prize in Economic Science was added in 1968. Professor Akinwande Oluwole Soyinka, a Nigerian Playwright and Political activist received the Nobel Prize for Literature in 1986.

For Alfred Nobel, it took an obituary for him to realize the legacy he has created. For many of us here who will not get the chance to know what others will remember us for, we can intentionally and consciously begin to live a life that touches others positively.

There is an important question that we need to ask ourselves as we go about our day-to-day lives. The question is: What do I want to be remembered for?

The essence of life is beyond what you achieve for yourself and your family. Thank God for the work we do and the accomplishments attached to our names. However, the most important thing will be how deeply our actions touch the lives of others.

Billy Graham, the late international evangelist once said, “The greatest legacy one can pass on to one’s children and grandchildren is not money or other material things accumulated in one’s life, but rather a legacy of character and faith. A popular Igbo adage  says“ Eziafa ka ego” ( A good name is better than money)

I will argue that you don’t need to be famous to live a life of legacy. We all have an opportunity to create a great legacy while we are alive because we can all do something that can have a positive impact on others.

The question is: What do you want to be remembered for?

The famous hymn, “Only Remembered” was written by an Edinburgh pastor, Horatius Bonar. The ten-stanza hymn is not only one that people should sing at funerals, it is something that we need to bear in mind every day.

The Bible tells us that in the last days, books shall be opened and every one of us shall be rewarded by what we have done, whether it be good or evil. We should know that this also includes our relationship with others.

While our legacy includes our relationship with others, we must understand that it begins in our heart and in our relationship with God. Psalm 112:1-2 says “How blessed is the man who fears the Lord, who greatly delights in His commandments. His descendants will be mighty on earth; The generation of the upright will be blessed.” Giving God our hearts and taking our relationship with him seriously is the starting point to living a life that we want to be remembered for.

However, we cannot claim that we love God if we cannot love our fellow human beings that we can see that are made in the image of God. On the last day of creation, God said “Let us make man in our image, in our likeness” (Genesis 1:26). Thus, He finished His work with a “personal touch.” God formed Adam from the dust and gave him life by sharing His own breath (Genesis 2:7). Accordingly, humanity is unique among all God’s creations, having both material body and immaterial soul/spirit.

Worthy Brothers and Sisters, we encourage us today to be intentional and very conscious about the legacies that we create and live a life that we want to be remembered for.

Let us conclude by singing together:

Only remembered for what we have done

Thus would we pass from this earth and and its toiling

Only remembered for what we have done.