We Rise by Lifting, Others God Bless You, Davido!!!

About a week ago, Nigerians woke up to the news that popular Nigerian musician, David Adedeji Adeleke, popularly known as Davido, solicited for help via his Instagram handle to his friends and fans all over the world to send him  one million naira each.

The reason he gave for this public plea was that he wanted to buy a new Rolls-Royce for his 29th birthday. He even joked about it being an opportunity for him to know who his real friends are. Well, his friends actually proved their worth by donating money to him, just as he requested.

They donated money so much that it amounted to 201 million naira. I think the most touching part is that some people who did not have up to a million, went ahead to give the little amounts they could afford. According to him, some donors gave as little as N5000 while some others gave even N1,000, N500 and 100 naira in the list. The contributions made by these amazing people totalled a whooping N201m.

It’s amazing, isn’t it? It’s amazing that friends rallied around their friend to raise money for him to buy his dream car, a Vintage Rolls-Royce, on his birthday. Apart from his friends that are also celebrities like him, his fans who might never have the opportunity of driving a car like the Rolls-Royce also contributed their little tokens just to make him happy.

Unknown to them however, the young musician had a compassionate side to his personality that appealed to people who are not as privileged as he is. How were they to know that the only reason why he solicited for their help to raise that humongous amount was for him to touch the lives of faceless orphans he had probably never met, but wanted to help? 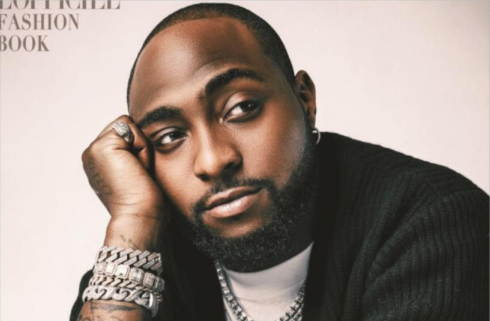 I was actually among Nigerians that condemned his open solicitation for funds to buy his Rolls-Royce. I wondered why he would buy such an expensive car, knowing he couldn’t afford it. It was after he announced that he had received N201m from friends and fans that he shocked everyone including myself when he announced that he will add his own N50m to the N201m contributed by friends and distribute to different orphanages in the country.

This news brought a lot of Joy to my heart when I saw it on social media. It meant that there was really hope for the future. In this day and age where celebrities go to great lengths to showcase their wealth to the world and live large, I never thought in my wildest imagination that a celebrity as young as Davido will remember people like that on his birthday.

It is really something worth sharing with the world and making our youth understand that everything is not about fame.

I must really appreciate his friends for being very supportive to him whether it was for buying a Rolls-Royce or for trying to impact lives with the money he asked for. I don’t think it matters. I believe that what matters is that a friend asked for money and his friends answered to his call.

As a matter of fact, even though Davido stated clearly that what he needed was 100 million naira, in less than one hour after that message was sent out, over 53 million cash transfer was done to his account.

I saw the post sent by former Presidential aide to Goodluck Jonathan, Reno Omokri, where he described Davido as somebody who had more wisdom than his friends that contributed money to him. Omokri was of the view that Davido knew that people would not contribute money to him if he asked them to donate towards orphanages and attributed it to human nature.

He admired Davido for his deep knowledge and understanding of human beings and their nature and particularly commended him for adding N50m of his personal funds to the N201m  contributed by his friends and fans. He described David as a man with a heart of gold and the man that should be watched for the future. Different people and groups have reached out to Davido, appealing to him to remember the groups.

I saw the posts written by a traditional ruler in Ogun state, pleading to Davido to look into the issue of children that are no longer in school and appealed to him to bring them back to their schools. In his open letter to Davido, he stated that bringing the out-of-school children back to their classrooms will go a long way to help the country secure a better future.

He also encouraged him not to stop after this active show compassion but to periodically do it in order to sustain the kind of legacy the late Chief Obafemi Awolowo has left in education.

What I found funny was the post sent by his fellow musician, popularly known as Baba Fryo. While the whole world was commending Davido for his active kindness to orphans, Baba Fryo was busy expressing his disappointment in Davido for neglecting a known face like him when he was going through trying times only to give 250 million to unknown orphans.

He claimed to be depressed in the past and called on 6 of his colleagues including Davido, 2face and others, but they refused to respond only for him to hear about 250 million naira already raised and about being gifted to orphans. His anger was visible and he saw that act by Davido as a foolish one. That was the funniest thing I ever came across. I also wondered how many people Baba Fryo  had ever helped with the little he has.

I would like at this point to commend the donors of the 200 million naira which I understand included people like Obi Cubana, Chief Femi Otedola, Alhaji Aliko Dangote, Chief Mike Adenuga, E-money and Oba Saheed Elegushi. Whether they all contributed towards Davido’s call to buy his Rolls-Royce or contributed because he’s a celebrity, I don’t think it is right for anybody to judge them wrongly.

I think the proper thing is to commend them for being there at the point of need for a young guy who looked up to them for help.

My only prayer is that the Nigerian Factor does not prevent these orphans from receiving money meant for them. Davido of course knows about this which I believe was his reason for forming a five-man committee to see to the proper disbursement of the 250 million naira. I admire his initiative on that.

Unfortunately Nigerians are known for scamming which has earned them serious mistrust by people all over the world. already fraudsters have started to use davido as a cover by sending fake messages of Davido Airtime and Data Give Away to Nigerians. It has already gone viral and claiming that Davido is giving out free 5000 recharge card and 10GB Internet data to celebrate his birthday.

Please in case you come across such messages in your phone, kindly ignore or delete them. It is a ploy for hackers to collect information from those numbers and accept private information that could lead to identity theft and other criminal acts. Thankfully, the Nigerian Communications Commission has warned Nigerians about this new scam by fraudsters concerning davido and have urged the general public to be careful.

In the messages sent by the scammers they asked the general public to hurry and get the gift by clicking on the link that they claim will redirect them to network sites where they’ll be credited with airtime and data. The Commission has warned that these scammers intend to get the phone numbers of those who put the details to get valuable information from the GSM in the future and advised them to stay away from any adverse or bogus enticements from these people so as to avoid getting into trouble.

That’s the Nigeria we live in. It is really sad that people look for every little opportunity to scam the next person and sadly it is people who are not content with what they have that fall victim. For the records, Davido has raised N251M which he intends to disburse to orphanages all across Nigeria.

The only people who have the right to handle these funds are members of the five-man committee who were  hand-picked by Davido himself. They are capable of playing the role assigned to them and by the grace of God, every orphanage will receive their own share of Davido’s Goodwill.

We need more Davido’s in our lives and in our country. I hope this inspires us to do the much we can in our immediate environments. It mustn’t run into millions. If we all do the little we can to impact lives around us, the world will be a better place because everybody around us will have their lives impacted on.

I hope this has motivated you and inspired you as much as it inspired me. Christmas is around the corner. Whose lives are you planning to motivate to touch? Remember it mustn’t run into millions. We can start from our environment this Christmas and touch lives the much we can. If the world is made a better place, it will not be for you or me.

It will be for the entire human race. What can I say but to thank the young Davido as he turns 29 and wish him a happy birthday and exponential leaps in his life as he adds a new age. God Bless you Davido!!! You’re the man!!!