In this edition, we continue from where we stopped in our interview with Dr Joseph Ugboaja, new CMD of Nnamdi Azikiwe University Teaching Hospital, NAUTH, who was recently promoted to the cadre of associate professor.

In this interview with Fides’ Rev. Fr Martin Anusi, Mercy Hill, Alexander Johnson Adejoh, Precious Ukeje and Adejumoke Alebiosu, he reveals a number of things about him and his trajectory from clinical practice to hospital administration. The new CMD, who was Chairman, Medical Advisory Committee, before his most recent appointment, also shares his vision for the institution, noting that the teaching hospital is aiming at being among the first five in Africa.

Using your concept of midfielder you explained earlier, what or who was your greatest headache as the CMAC? 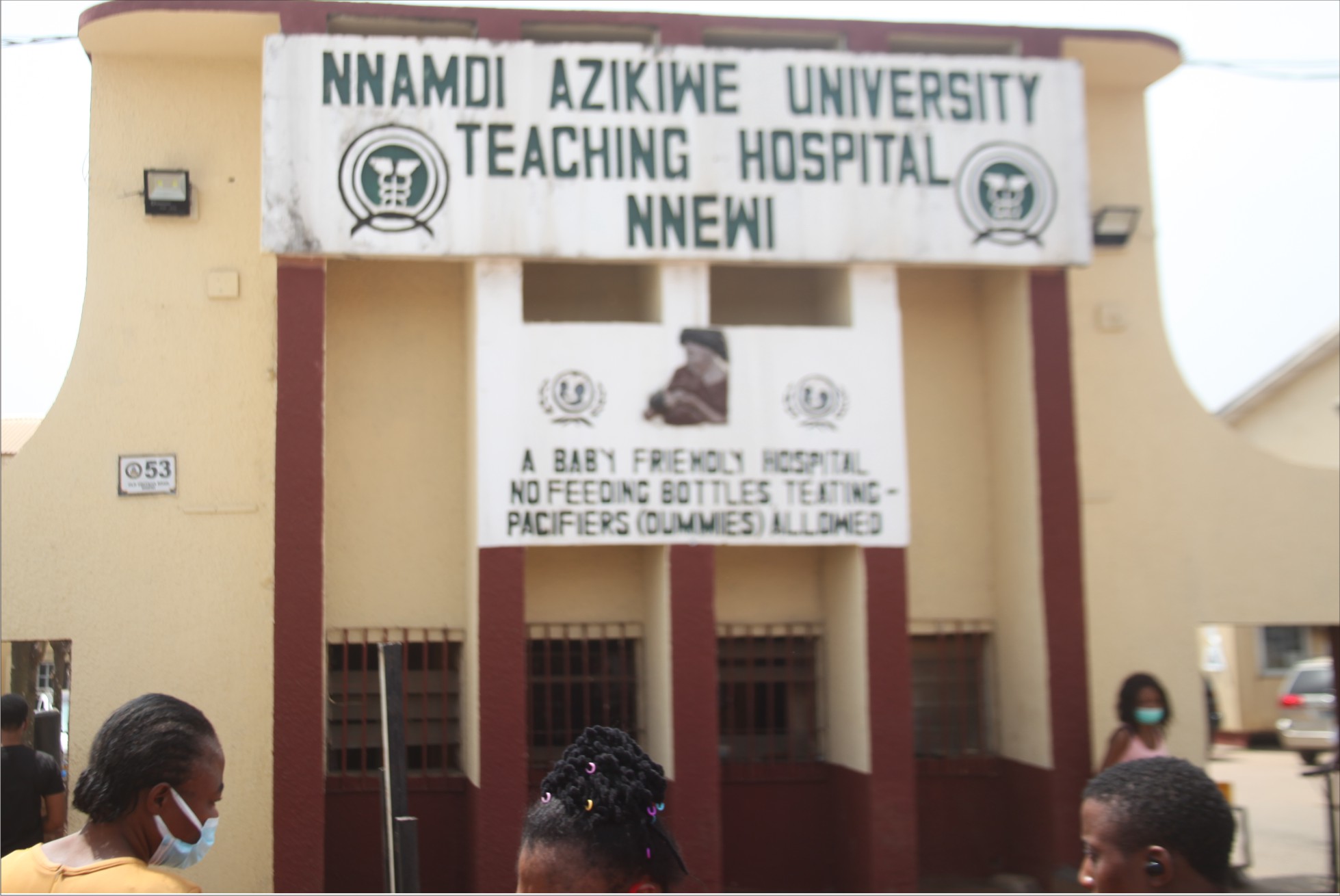 The challenge was from both ways, but largely from the service providers. But, there is also challenge from the back, because as a CMAC, you also require the support of the Board and the Management to be able to execute programmes. Sometimes, your programme goes at variance with those ones behind you, and at such times, things have to be modified so that everybody will be okay.

But the major headache was with the service providers: those ones the patients see. Like those programmes I was running, they needed backup because they require funding. Even when you do your disciplinary measures, you require the cooperation and the understanding of the guys behind you: the Management and the Board, because if you find that somebody is not doing anything you want the person to do, all you need to do is to issue query and report it to the CMD.

The CMAC job really prepared you for this job as the CMD. How have the experiences you acquired as a CMAC helped you to prepare for the goals you intend to achieve as the CMD?

In my mind really, anybody who is aspiring to be the Chief Medical Director should do the CMAC job for some time. At the interview, if you have been a CMAC, then you have some certain experiences ahead of your peers who have not done the CMAC job. I think there’s wisdom in that, because the CMAC prepares you for the hospital which is about the clinical area. Every other area is a supporting department to the clinical.

So, if you’ve been the chief of the clinical departments and actually did that job, nothing will shock you as the CMD. Now that I am the Acting Chief Medical Director, all I need to do is to call up my script as the CMAC. I am in a better position to pursue those programmes, because I have been empowered. If it’s resources, I have access to resources; I have been given more leverage to execute those programmes I have.

I have about eight thematic areas as a CMAC. Some of the programmes, I could not run, perhaps because it was at variance with some stakeholders, but now, I have the leverage to do them. In fact, there are very few thematic areas I have put down in addition to what I was doing as the CMAC. So, all the scripts I am trying to run now are actually scripts that I developed as the CMAC and a very wonderful script.

That is why I am having fun, because I don’t need to sit down again and start to articulate from the scratch. As the CMAC, I put up a committee for a five-year strategic plan for the hospital and I have it. I had the plan even as a CMAC. So, all I need now to do is to sit down, organize ourselves and then, mobilize resources in the areas that we want. Even the vision we have now as a hospital, I developed it as the CMAC.

Our vision is to make this place rank among the first five in the world using the Permanent Site as the place. That’s the vision. That’s why you find out that as soon as I became the Acting CMD, within one week, I was able to move departments to the permanent site. It is because we already have the template.

You know, people are wondering, how could this guy do this? The only difference is that as CMAC, I didn’t have the resources to furnish that place, equip it and move people. As soon as I became CMD, I had access to resources; I have the enabling policy and power to move.

So, I put the resources down, furnished this place within one week and then put out a circular that so and so persons should move and everyone is fine. That’s how it is: it’s all about your vision and your commitment to it. But, also as important as that is your ability to galvanize and mobilize the community to also work with you in terms of the vision.

How many units or departments have been moved to the permanent site within the period of your acting as the CMD?

We’ve moved virtually up to 95% of our clinics. All the surgery outpatient clinics have moved. Neurology, neurosurgery, general surgery, most of them. In gynecology, we’ve just moved one, remaining the antenatal which is still here. We’ve moved the children outpatient clinic there too. So, the only clinic remaining here will be ENT, Dental Clinic and Antenatal.

So, if ten people are coming to this hospital to consult today, nine of them will go to the permanent site. But the inpatients are here. As soon as we complete the wards, they will also move. So, movement is there and it’s strategic towards achieving our vision, because you can’t be talking about becoming one of the best hospitals in Nigeria and you are here. It’s not possible; it’s not going to happen. But the permanent site is massive.

Where is it located?

It is Akamili, Nnewi. But you know we don’t call it perm site, Akamili, but Nnewi. The vision and objective is why we are developing that place to give us what we want. It’s coming up nicely and some people are also coming to help.

The model is the model of public private partnership and donation, because the truth is that the government cannot provide all the funding. Government has tried to do the ones they can; it’s now left for us to complement. We’ve gotten some individuals who are helping us, and it’s coming up very nicely.

What’s your relationship with the stakeholders and the people of Nnewi?

You know in the current Nigerian context, if you are managing a public enterprise, the relationship with stakeholders is key, depending on your vision, because many institutions are competing for the lean resources from the government.

So, we have a large number of them queuing to support us in tangible means. If you look around, you will see a structure coming up there, it’s done by an individual, fully funded. Our relationship has been there, because from day one, I have continued to say that involvement of stakeholders is key. I interact with them, both officially and unofficially, on a regular basis.