Contrary to the belief in some quarters that the Anambra State Government has been interfering with the leadership of Market Unions in the state, the Commissioner for Trade and Commerce, Mr Uchenna Okafor, says the government has instead brought stability to them.

Speaking to Fides in an exclusive chat in Awka, Okafor who regretted that the sit-at-home phenomenon had taken a great toll on the economy of the state, said that his ministry, as a supervising ministry, was more concerned with putting things right in the markets.

Pointing out that elections in markets were done through their constitutions, he said the provisions of their constitution stipulated how their elections should be conducted. He noted however that if the government saw any abuse of the constitutional and legitimate process of conducting an election, they would intervene to put things right.

‘On election days, we do not conduct election for any market. We go there as observers and if we observe that what was done was in the spirit and letters of the constitution we will not have problem with that. But when we have complaints, we look into it and if it warrants us to intervene if something is not right, we will do that. 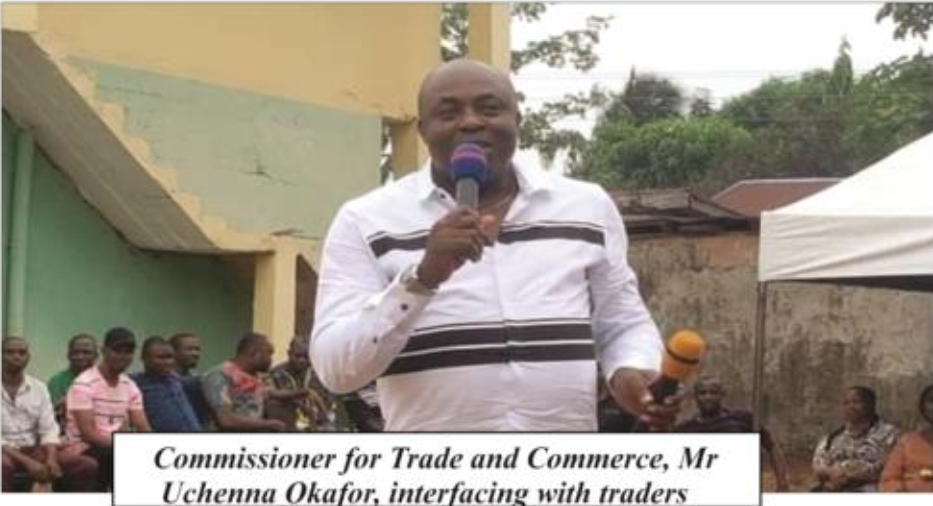 If we don’t do that, it will endanger the public peace because any crises in any market will spill over to society. So, if you neglect crisis in any market to say that the government will not get involved to see that things are done right, you will be giving space for social disorder,’ Okafor stated.

He also noted that under his watch as commissioner, most markets withdrew all their cases in court. Such markets included Electrical, Building Material, Ogidi and others, which withdrew many of their cases.

‘Anambra is more of a commercial city whereby greater percentages of the indigenes are traders. To get it right in Anambra, the markets must be stable for the state to be stable. So we did a lot.

‘In Anambra now, every market has their whatsapp group and website. If one wants to buy goods in Main Market there are whatsapp groups where these goods can be ordered and structure where such goods can be delivered directly to them.

‘We did a lot. When we came and noticed that the convenience in the markets were not that good, for hygienic reasons, his Excellency directed we look into it and improvements were given to many markets to operate their convenience for hygienic purposes and we were able to achieve that.,’ Okafor said.

He also noted that before now elections in markets were like a thug of war but that his ministry was able to pull down the structures on ground and sensitized the traders to adhere to their constitutions as every market in the state had their constitution which they however abandoned most times. He said they identified this as the root cause of the crises in markets.

‘His Excellency built 10 million choose-your-projects in 63 major markets in Anambra State. We were able to supervise that by making sure that the funds that were allocated to that was judiciously spent and those projects were made for the benefit of the traders and to the glory of God, they are all working.

‘As it affects traders, the international airport that his Excellency has just concluded has made it easy for traders to move out of Anambra to and fro and do their business and his Excellency has also said that the first cargo flight is likely to land at the airport by next week. That would be a win win situation for the traders. We have done a lot within the last few years in trade and commerce so when the new government comes will take it up from where we stop,’ Okafor said.

Okafor is gearing up to represent his constituency in the Federal House.