Following the incessant senseless and reckless cult war, killing of security personnel and burning of Police property, the Catholic bishop of Awka Diocese, His Lordship Most Rev Paulinus Ezeokafor, in this interview with his Media Personnel, ABUCHI ONWUMELU, speaks on a wide range of issues, including proffering solutions to the myriads of security challenges bedeviling the state.

What would be your advice to the Anambra State Government considering the current security challenges in the state?

We talked of cult-related killings, burning of police properties, killing of policemen, banditry, herdsmen attack and farmers clash. Now, we are talking of security issues happening in our state for some weeks now. The security people are now being targeted and killed. We don’t know what is the motive of these perpetrators. Why would they be doing this to the security.

We pray for God’s intervention. Human lives are being wasted on daily basis. Travelling by road is no longer safe to people. It is just like we talk about cattle ranching to solve herders/farmers clash. The government must rise to its responsibility. The law should be applied not who is involved. Centralised policing is not working. Decentralised policing is the answer. 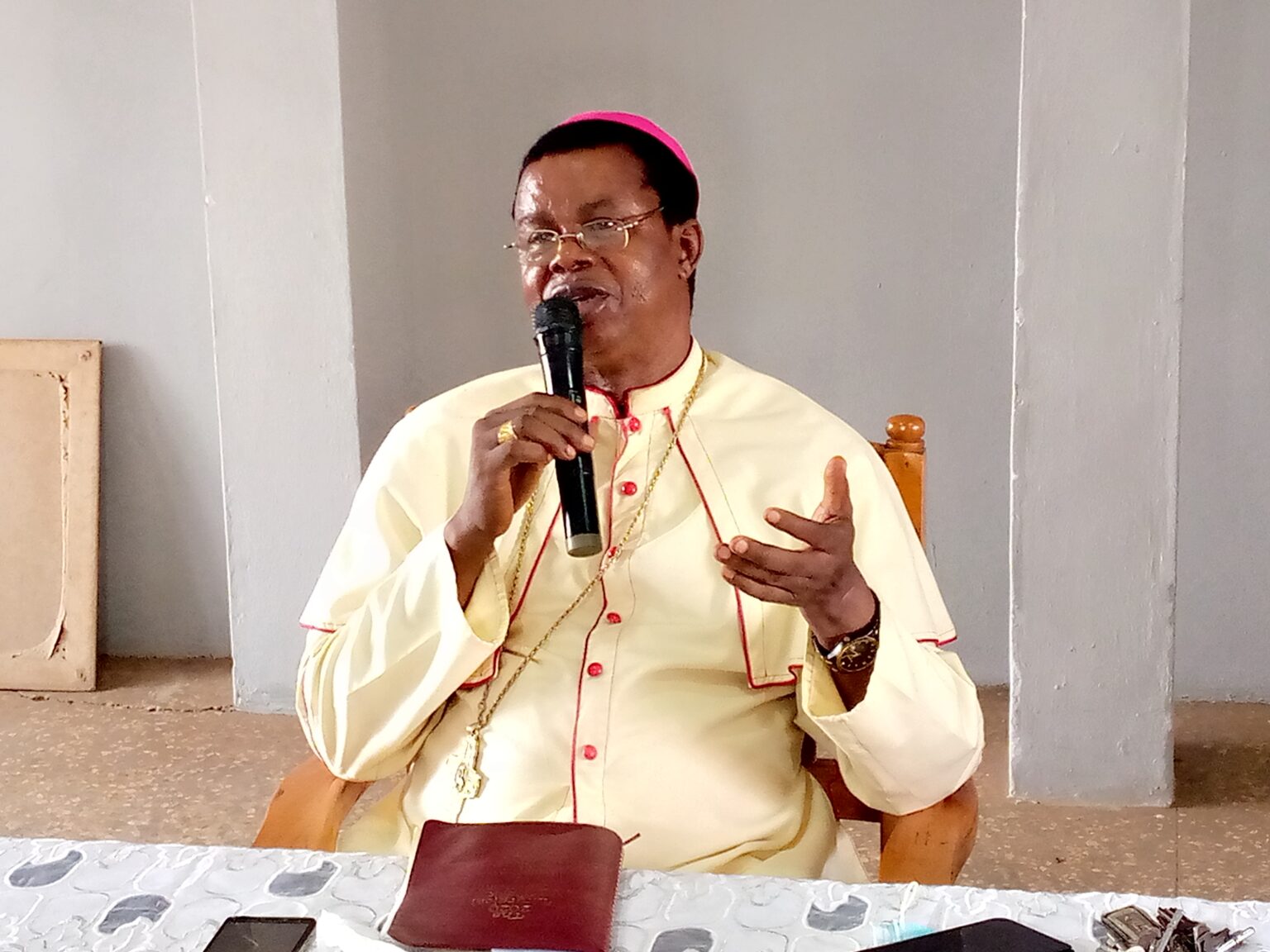 No country in the word practising federalism uses centralised policing. There should be federal police, states police, local government police, community police and even ward or neighbourhood police. Because you need those who know the terrain to fight crimes. We need a strong system.

Do you think the Southeast governors should take common position to address security issues in the region?

I don’t know what is still holding them. Unfortunately, none of them is contesting for a second term again. They usually complain that doing so could annoy the federal government to fight their second term ambition.

The truth is that I think it is high time the South-east governors openly address us. If they can’t do it together, let them do it individually. We need a regional security network that understands our environment to address our security problems.

You’re an advocate of befitting living than befitting burial. Are you not worried that Anambra state burial law (2018) is still not operational?

As I always advocate, it is better not to have laws than have laws that won’t be enforced. The burial law is good. I believe that people should be supported to live a good life. It is not when they die you begin to do all manner of things to give those you never helped while alive a befitting burial.

law stipulates how long burial banners should stay. It states that all burials should be done in one day and that people are allowed to provide what they have at the burial. Go to villages, you will see that the law is not being adhered to. And the government is not doing anything. The government would raise more revenue if they implement the law.

y are rather busy printing and selling tickets with taxations here and there. This law can provide more than that if implemented. Because there are fines to be paid by the violators. The church leaders, president general and traditional rulers have roles to play too.

Our people need to value life than death. You don’t celebrate the dead when you can’t help the old and the sick in your society. I think the law is neglected because it has nothing to do with the poor. For instance, immediately okada was banned, they enforced it to the latter because okada people are poor.

What would you say about the COVID-19 vaccines?

The death toll in Nigeria is not worrisome compared to other parts of the world.  Corona virus is deadly, but malaria is also deadly. If you want to test it, don’t drink any drug when you’re suffering of malaria, you may not survive it in two weeks’ time. You know that every new things come with surprises.

What is important is for us to take proper care and observe all the important conditions or protocols  given to us by the World Health Organisation. They will help us very well. For vaccines, like I said before, it is a normal thing. It is like other vaccines we took against diseases. Even if it has side effects, it depends on individuals. For instance, some people may take chroloquine without having any effect.

But when some do that, it would affect them. I believe strongly that vaccines can help to contain the spread of the virus. It is true that the government is not sincere with the people, that is why many no longer trust them. But you don’t use that to reject the vaccine.  The best thing is for the government to tell the masses the truth. They should be honest with the people so that people will know the truth and always have confidence on them.

What is the place of Easter celebration in Christendom?

It is in Easter we reflect over the death and resurrection of Christ from the dead. It is very symbolic in the church because Christ by his action showed us that there is life after death.

We always admonish parishioners while living their lives on earth to remember there will be life after death and focus more on doing those things that would guarantee them eternal life. Christ gave Himself for our redemption; so, we have to thank God for His mercies. We know very well that not all of us that were alive last year are opportuned to celebrate Easter this year.

More so during the COVID-19 challenges, God in His infinite mercy and love, eventually prevented it from killing us more. The climate and other things are not conducive for it. So, as we have the opportunity to witness this year Easter, we should look at our life styles and learn to love and be kind to others.

God created the world out of love. After creating them, He allows them to enjoy every facility and things He created on earth. When we sinned, He decided to redeem us by sending His begotten son, Jesus. He came down in human form, born in the manger, poor family and everything. And died a shameful death for our sake. Christ foresaw all these yet He never give up.

As a human being, He asked if the cup could be taken away from him; but if not, let it be so. In other words, we as Christians should be prepared to take our cross at any time. However, some now deceive people that there is no suffering, no sickness and people believed them; it is not true. Suffering must come. If our Creator, Jesus Christ must do so, we too must experience it.

If you must achieve anything in this life, you must go through some sacrifices. It is out of suffering we shall become great in life. If you must gain something, you have to suffer. If you want to get something in the farm, you must labour. In efforts to win, we must make sacrifices. Only what I will suggest to everyone is to always ask God to give them the cross they can carry. As for crosses, they must be there.

But God would never give us crosses we can’t carry. What was vital in this Easter celebration is love of God and the salvation that goes with it. And it will be a very terrible mistake for us Christians not to live our lives in such a way to benefit in life after death.

Because Christ has brought us to redemption. You must know there is a place higher than here. There is something greater in you and I. That is our soul. No other being has it. If you recall the story of creation, it says that God breathed life into man. He didn’t do it in other being He created. That is why everyone must know that there is spiritual and physical or material.