We Have Made Significant Progress Since Elected Says Ikenga PG

Anako and members of the ITU executive were elected last December in an election that ended a ten-year stalemate in the community, having suffered a severed relationship between its traditional ruling council and town union executive for a long time.

The Ikenga PG, while speaking at the premises of St Anthony’s Secondary School, Ikenga, Sunday, July 4, during the commissioning of the first functional borehole in the community, outlined a number of projects which they had completed and others that were ongoing. 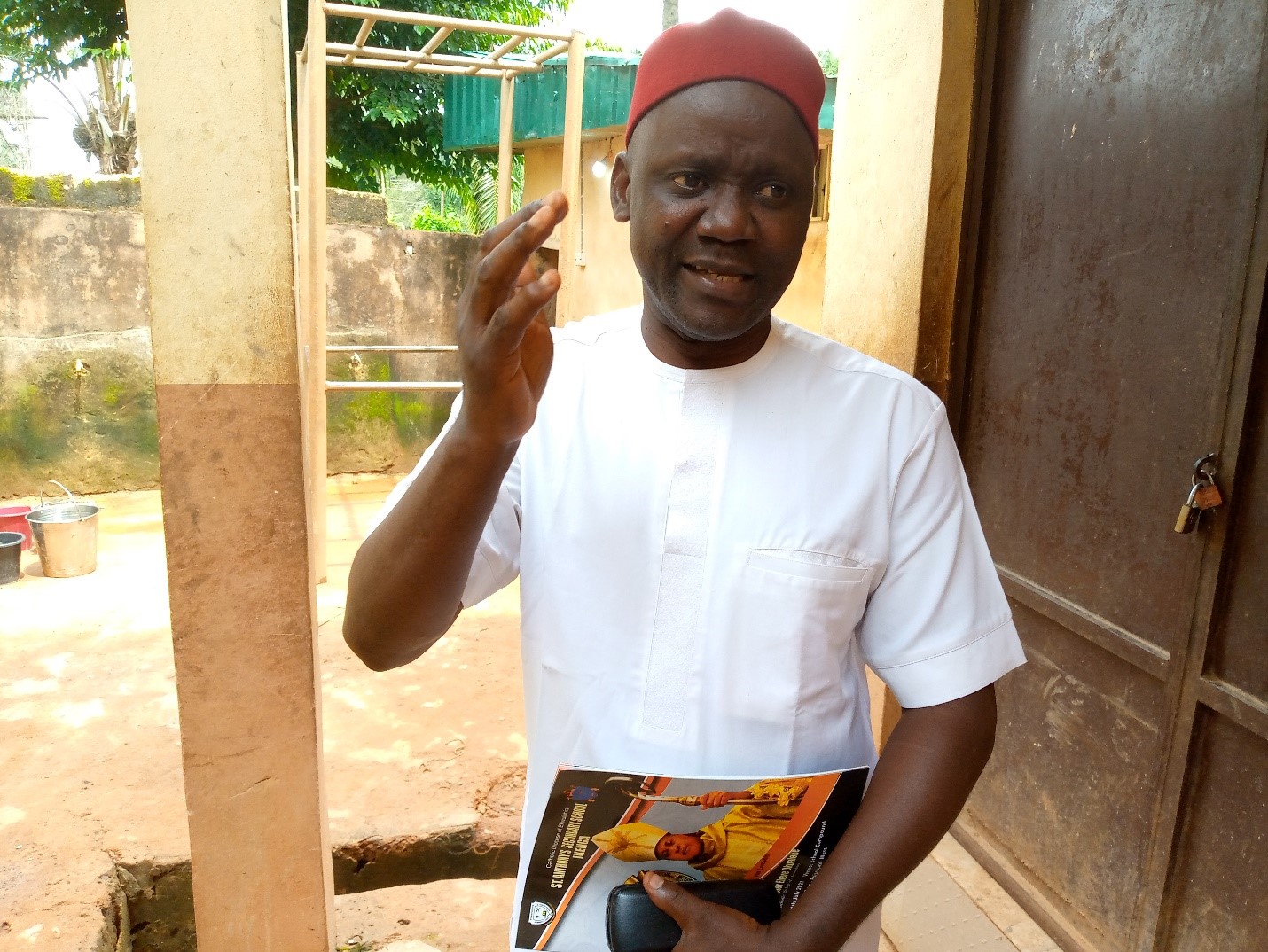 He described the possibility of getting the borehole as an act of God as many efforts had been made in the past which proved abortive.

Commenting on the issues that culminated into the inability of getting water in the community, Anako said, ‘It is attributed to historical things; I cannot say,’ while he recalled that there were mythical reports of diabolical seizure of water by Ikenga Community many years back.

He however noted that the occasion marked an end to such beliefs if they were ever true, and that one needed to go deep into the ground to get water in Ikenga.

Describing the areas which they had made progress since elected, Anako said the community, for the first time, had a seat in the Anambra State Association of Town Unions, ASATU, Aguata Local Government Area.

‘I am proud to let you know now that Ikenga holds the seat of the secretary of ASATU in the local government to give Ikenga voice and to restore the battered image of this town,’ Anako explained.

The Ikenga President General also disclosed that they had acquired a secretariat for the community, as well as cleared a site proposed for the erection of Ikenga Civic Centre and made efforts to maintain security in the state.

He said the development enabled the community to provide three motor cycles to aid quick response.

While he noted that initially, one could pass through Ikenga Town without knowing, Anako said they had also mounted signposts to aid easy location into and out of the community, as well as reintegrate the town with neighbouring towns.

Fides reports that unlike in the past, the traditional ruler of the community, Igwe A. N. Onwuneme, and the President General; as well as other members of the town union executive, could be seen together at functions, a development that Anako described as synergic and a development that had metamorphosed into progress.

‘Those things have been in the past and the present executive has reconciled with the Igwe. The constitution states clearly the boundaries of each council and we are working according to the dictates of the constitution,’ said the PG.

Anako finally told Fides that they had completed the first stage of obtaining an architectural design as regards the construction of internal roads in the community, and would soon move to the stage of the Tender’s Board, having met necessary government officials and requirements.