We Don’t Need it – Ohanaeze Warns Tinubu Amid Endorsement

The Ohanaeze Youth Council, OYC, has denied endorsing Bola Tinubu, National Leader of the All Progressives Congress, APC, for the presidency.

OYC National President, Comrade Igboayaka O. Igboayaka, warned Tinubu to be careful of maligning the aspiration of the South-East to produce Nigeria’s President. 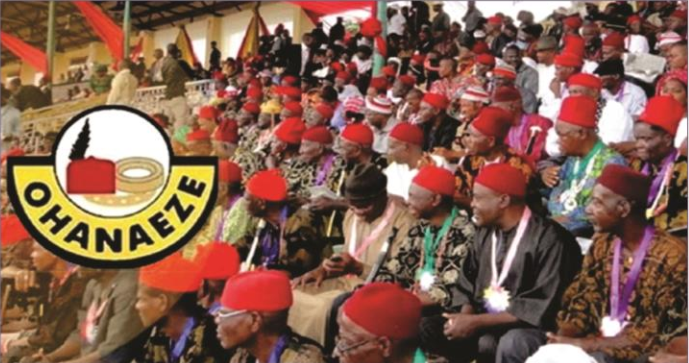 He warned the APC Presidential aspirant to keep his money because OYC would not compromise its stance on Igbo Presidency.

Comrade Igboayaka was reacting to reports that a self-acclaimed OYC leader, Miracle Nwosu, endorsed Tinubu’s candidacy for the Presidency.

However, OYC distanced itself from the purported endorsement of Tinubu’s candidacy.

A statement by Comrade Igboayaka and available to our correspondent in Onitsha reads partly: “If Mr. Miracle Nwosu is a man, let him identify who he is, tell us where he’s living, tell us his village if he is a man. We are using this opportunity to warn any politician that wants to use Ohanaeze Youth Council’s name to cajole Ohanaeze Youth Council in the name of endorsing any political Presidential aspirants in 2023 that is not from South East Zone.

“It’s better that Tinubu keeps his money because his money cannot change the minds of the Igbo youths thereby compromising this project.

“The Ohanaeze Youth Council, under the Leadership of Comrade Igboayaka O. Igboayaka is 100% determined to actualize the Nigerian President of South-East extraction by 2023.

This project is timely and cannot be equated, sub-changed, or changed with anything, either it is South East Presidency 2023 or South-East ceases to be part of Nigeria,” the statement stressed.