We did not Abandon Corps Members Positive for COVID-19 ― NYSC

The National Youth Service Corps, NYSC, last Wednesday, said it had not abandoned corps members who tested positive to COVID-19 in Jigawa State as reported by some news outlet.

It also added that the Nigeria Centre for Disease Control (NCDC), the State government, and the Jigawa Secretariat of the Scheme have been in constant touch with the affected corps members on their welfare and medicare.

An online news website had on Tuesday quoted some of the corps members saying that they were kept in isolation at the Rasheed Shekoni Specialist Hospital in Dutse, the state capital, for over 14 days despite not showing any symptoms. 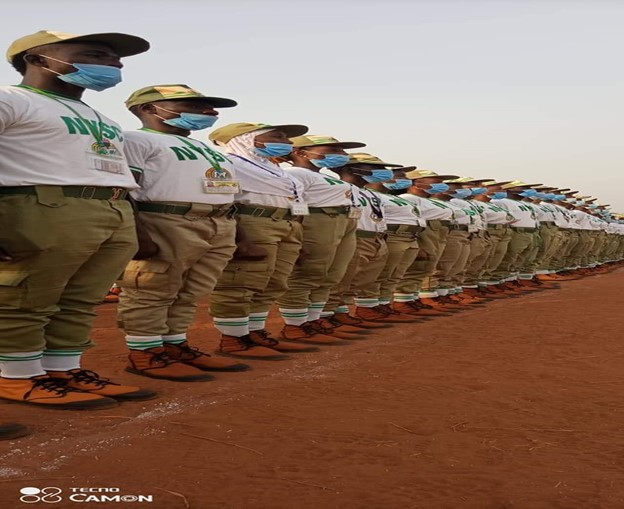 But the NYSC Director, Press and Public Relations, Mrs Adenike Adeyemi, in a statement made available to newsmen, dismissed the story as inaccurate, stressing that the isolated corps members were agitating because they could not reunite with their families during the Christmas festivities.

The statement reads in parts, ‘The attention of NYSC Management has been drawn to the above report circulating on social media.

‘Management wishes to state emphatically that the story is inaccurate, and does not in any way represent the true position of things concerning either the Corps members in reference earlier quarantined in other  Isolation Centres for testing positive to COVID-19.

‘To put the issues raised in proper perspective, some Corps Members of the 2020 Batch “A” deployed to Jigawa State, who had to return to the Orientation Camp to conclude the Orientation programme earlier truncated in March this year, arising from the Coronavirus pandemic tested positive to the dreaded virus upon being tested at the camp.

‘It is pertinent to state that before admission into any NYSC camp, both the prospective corps members and camp officials must undergo COVID-19 test.

‘The Jigawa Corps Members that tested positive to the virus were taken into the State’s Isolation Centre for treatment and care.

‘It is important to disclose that the NYSC Jigawa Secretariat, Jigawa State Government and NCDC have been in constant touch with the Corps Members on their welfare and care.

‘However, there have been agitations from some of them that want to leave the Isolation Centre to reunite with their families because of the festivities but were turned down until they are certified okay by the NCDC.

The spokesperson of the scheme urged those concerned to be patient noting that all that the NCDC is doing is for their interest and that of other Nigerians.

‘For the promotion of balanced and fair reportage, Management wishes to appeal to the media which it holds in very high esteem as invaluable partners, to always cross-check issues of this nature with NYSC Management, Jigawa State Government and the NCDC, ‘ the statement appealed.