We Are Brothers, We Are Friends

When brothers become friends as well, that bond lasts a life time. We were living in the same yard in Enugu in the early seventies and became friends without knowing we were actually from, not just the same town, but from same umunna. It was only in one of the Christmas holidays that we met in the village and were pleasantly surprised to find out we were brothers. 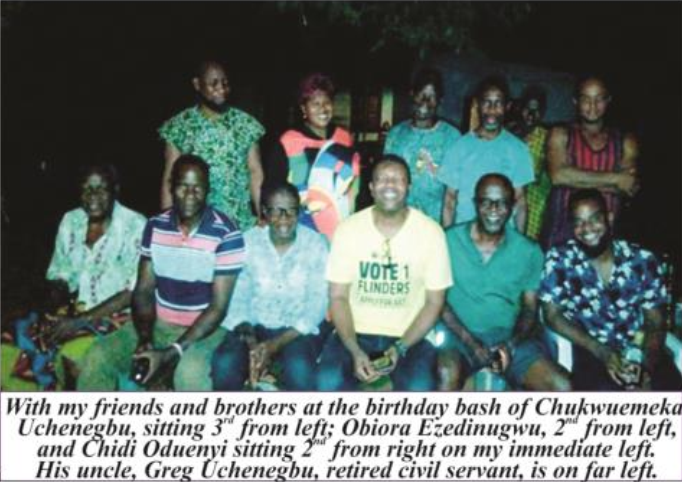 I’m talking about Chukwuemeka Uchenegbu who marked his birthday recently and invited some old friends and brothers like Obiora Ezedinugwu, an Agric Officer, and Chidi Oduenyi, an Awka-based Estate Surveyor.

Immediately I closed from work that day, I drove to the village to be part of the bash and it was good to reunite with some of them, including some small boys of yesterday that are slowly becoming men.

We are united by brotherhood but also by friendship.