Violence in the Land…Which Way Nigeria???

Nigeria is a beautiful country. We have so many things to thank God for in our country.  Top on the list is our penchant to suffer and smile at the same time. We are the strongest people I’ve ever known. We are the people who make the funniest jokes on the internet, especially  at this time when other countries are assessing what is going on in our country presently and feeling sorry for us.

In fact we know how to make the best out of a bad situation. For many years, Nigeria has been in the news for all sorts of negative vibes and the type of corruption that is so pronounced that it is internationally  observed and condemned. We have hit the newsstands internationally for the actions of our leaders who have no interest in the welfare of Nigerians. 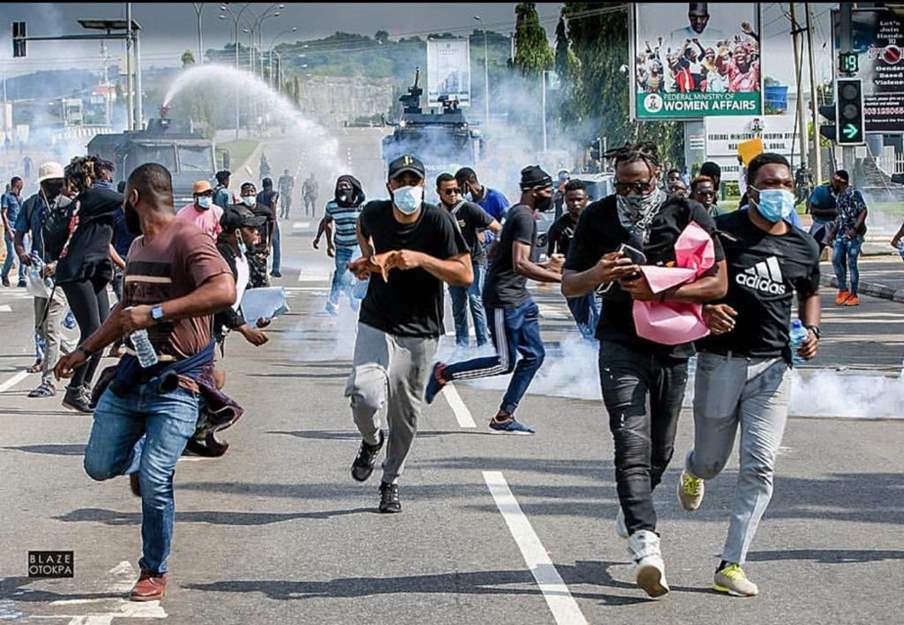 Indeed we are that country where our leaders travel for meetings with their fellow leaders international conferences with an outrageous number of delegates that no country has ever seen. We’re indeed spectacular in every aspect. You can call us a country known to be wasteful even though the common man finds it almost impossible to feed their family with three square meals.

We are one country that bears the name, giant of Africa, and yet when we are among other African countries we look like dwarfs when development is concerned. We truly are popular globally,  but the sad thing is that our popularity has a very strong affinity with negativity.

Nigeria is now known for bloodshed at the very large scale. Talk about the boko Haram sect which is no longer news. Terrorism has become our forte. Killing of Innocent villagers in their farms by herdsmen is no longer news either. Destruction of peoples farmlands by these herdsmen is now a part of life, especially in the South East. Slaughtering people like fowls is also, not a big deal anymore.

Our dear President, General Muhammadu Buhari is a fulani.  Fulani people are killing Nigerians left right and centre and he keeps quiet while the country burns. What manner of father chooses to remain silent while his children perish? It is indeed sad.Presently, it seems that the craziness has doubled or do I say tripled in the land. There has been so much shooting in the South East with young people being victims.

As if that is not enough there is a lot of domestic violence going on in the country. Just  today, I watched with pain on the internet as a young man mercilessly beat up a woman old enough to be his mother. He beat her up so badly while people watched from afar.

They could not even stop him probably because of his violent nature. I watched in pain as I saw that woman who had a deformed leg being punched like a punch bag by a young man old enough to be her son. He paid no attention to their plea for mercy. It was like the more  they screamed for him to stop, the more he hit and kicked his victim. He was like somebody possessed by the devil.

It broke my heart to I watched the smallish woman scream for help. A help that never came!!! Shortly after, I watched the same young man tied to a tree and flogged mercilessly. Apparently the youth of the town Ogidi, got reports of the young man’s actions and captured him.

They tied him to a tree and give him the flooding of his life I could count over 50 strokes of cane as I watched him with with in pain and scream for forgiveness and help, I couldn’t help feeling sad for this country because it looked like violence had become a part of us. If a young man could lay his finger on a deformed woman and beat him up like he wanted her dead then there’s a serious problem.

It is a taboo everywhere I know for a man to hit any woman, how much more, one that was old enough to be his mother. I watched him being questioned and of course as always, he attributed his actions to the devil. He claimed it was the devil that pushed him to beat the woman in that manner and I felt so sorry for the devil himself because people will act like they like and then and then blaming the devil.

I’m glad justice prevailed in that case and the old woman was vindicated. This brings me to another video where a young very pretty young girl who was stripped naked and was filmed being flogged on her butt and all over her body. This was a day after I saw the video of the man beating up an old woman so I became very uncomfortable as I watched that young very pretty girl being flogged, while three or four able-bodied young men who speak the Igbo language like her happily dehumanized her.

She was gagged at a point. Then, they poured water on her and kept on flogging her with something that looked like a thick wire. The more she screamed, the more they flogged. It was really sad. I know that her scars are not only physical, but psychological and hope the experience does not mess up her sanity.

From what I gathered, the young girl is a prostitute in Libya and works for an Igbo man who became very angry that instead of  prostituting and returning with money to be paid to the said man, she chose to  sleep with a man without collecting money.

That was why she was taught a lesson, according to the voice notes flying all over the internet. The voice notes explained that the said man is irresponsible and has served prison terms before this time. I’m happy to hear that he’s being haunted by the law and by Nigerians living in Libya and that  his wife has been arrested while the search for him continues.

I was also happy to gather that the Nigerian embassy in Libya has a special interest in the case.  My prayer is that Justice is served at least for the sake of that girl and her family. Nigeria is heading to destruction because violence is no longer a big deal in our country. I want to appeal to everyone reading this so eschew violence or anything that will cause problems with the next person.

Violence never pays anyone especially in the face of conflict. Every act of violence leads to regrets. I thank the Ogidi youths for the  the treatment given to the young man. They did well. Every single stroke of cane given to him made me happy because he acted like a beast. As I watched him beg for Mercy I was very sure that he will never try such again. I asked myself why he did it in the first place and what sort of devil consumed him.