What’s this Rescue Me App all about? What’s the reason behind it?

The Rescue Me App was launched in Abuja in 2019 by the then Inspector General of Police, Mohammed Adamu, to ensure the timely arrival of all the police officers at accident scenes and Rescue Me situations. It is a response and reaction to a call by members of the public to quicken our response to emergency situations. There have been complaints by members of the public that our response to emergency situations have not been very swift. The rescue Me App was set up to deal with such challenges and so far, it has really been a success story. We are not yet there, but we have made tremendous progress.

Can you give some instances you had breakthroughs because of this App?

There were times when in 2020, there were some reports by some citizens of Anambra that they felt some police officers misbehaved and the national centre in Abuja had to call the centre in Awka and ask them to wade into the matter. The staff of Rescue Me App in Awka called the area commander and asked him to intervene and at the end of the day he did. The area commander told us what really happened and the officers that were involved. We had to communicate our findings to the national centre at Abuja. 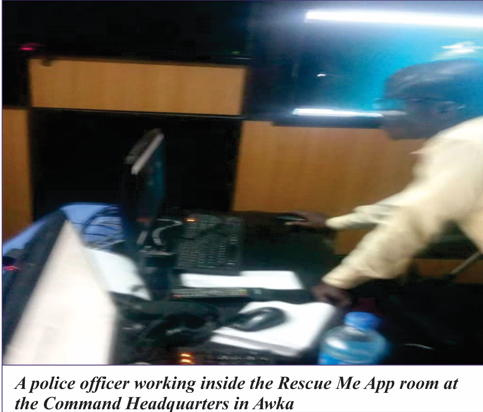 Part of the fear of the citizenry is their identities being leaked after giving information to the police. So do you think that this Rescue Me App Project can protect informants?

Yes, of course. The Informant will be protected and I will always assure the people of Anambra State, Catholics and generality of the people in the state not be bothered because the personnel who work in the Rescue Me App are well-trained and are professionals and their activities are being monitored by the national Centre Abuja. Whatever thing they do that is nasty, we will definitely find out frowned against such. So they’re always conscious of this and when you report a crime that is happening around your vicinity, if you have downloaded the Rescue Me App on your phone, at the click of a button, the Rescue Me App in the operation room will be notified and they will swing into action. So your confidentiality is assured and nobody is going to do anything silly or stupid. So people should not be scared to report a crime or to report a police officer who is doing something that is nasty or reprehensible.

How Can that App Downloaded?

You can download on your Android phone or smartphone via the Google Play Store you click and they will ask series of questions. When you click on Google Play Station, there will be some questions that will be asked. You continue clicking. It will ask questions like your name, phone number, email address, your residential address, blood group, your HMO, and your next of kin. Follow the steps. HMO is Health Management Organisation.

They will ask those questions because in an emergency situation, such pieces of information will be very crucial.

If a crime is taking place in your vicinity or very close to your office, you are advised to report such a crime through the app by clicking that button. They will ask the type of crime that is being committed. Is it rape, homicide? How many persons are involved and of course they will also want to know your location and the App is so fabulous that it will track your location via the GPS; that’s the Global Positioning System. 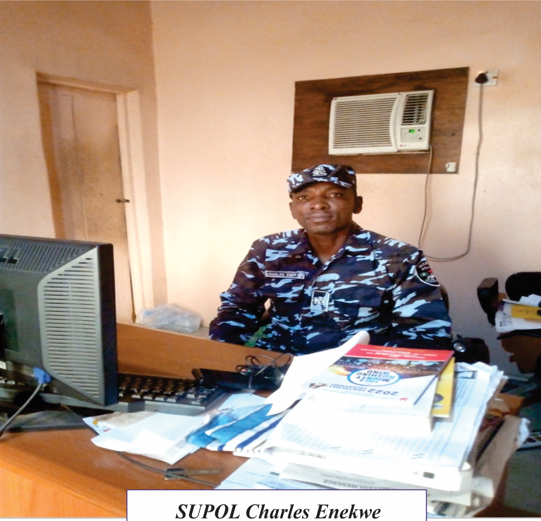 Can you tell us how the response has been from the members of the public?

The challenge we have right now is that some members of the public are trying to come to terms with this sort of development. They want to know if it is a perfect working plan. People are still trying to come to terms with the Rescue Me App facility but it is a workable communication plan and so many people are excited. About a month ago we had to appeal to Nigerians because there was a time we got more than 3,000 fake alerts because people were trying to find out if they got the Rescue Me room, whether there would be response. They were amazed because whenever you sent an emergency alert, definitely the people working in the Rescue Me room will definitely be alerted.

How has the enlightenment campaign being? It’s probable not many people are aware of this.

Well in Anambra, the Police Command has been to the state broadcasting service on two occasions. The first time was in January. We did a live TV programme. We were also there for a second time and we also did a live TV programme. We also did a live radio programme. So the members of the public have been enlightened in the state because they are critical stakeholders. This is something that will be beneficial to the members of the public, especially at a time like this, when the security situation in Nigeria is very challenging. The enlightenment programme has been very fruitful. That’s why you are with me here today

Generally, how will you rate the relationship between the police and the public?

So the relationship in some situations might not be too cordial. There are some police officers that have not lived up to expectations, I must say the truth.

Many times some of your officers have been criticized for not adopting intelligence based policing. With this App do you think it will solve the problem?

Yes it will it will go a long way in solving the problem because it is an ICT driven communication platform. ICT in the sense that what we do is fabulous. We are unable to tackle crime via the Rescue Me App and that is why it is absolutely fantastic. So it is a departure from what we had in the past. One thing that has made it very unique is that activities are being monitored. Our personnel at national command, Abuja, will call you and ask you questions. If they are not impressed with the quality of service that is rendered by any state command they can call Force Headquarters, Abuja and report and those people will ask questions. So we are we are

on our toes and that is why it is unique.

And lastly how do you think it will affect the future of the police in the country?

Well, actually this is for me a tremendous breakthrough. We have never had such a communication facility. It is amazing. I’m not saying it because I am the communication officer. I’m saying this because it is something that has really impressed us. The members of the public can report a police officer or request for ambulance. We may not have all the facilities but we can send what we have and work in synergy with organisations that that can dispatch such facilities to you and that is why it is very unique and when you are lost, there is a navigation facility. When you are lost and don’t know where you are, you can also click and your location will be tracked. These are the wonderful features and we are asking members of the public to take advantage of this unique opportunity and make use of this facility because it is going to go a long way in tackling crime and helping them during challenging situations.

The Rescue Me Operation room Awka can be reached on Phone but we implore the members of the public to download the Rescue Me App on their Android/smart Phone via the Google Play Store, and click the emergency button when in distress