…We Will Move College Forward – Chairman

The traditional ruler of Umunze Community in Orumba South Local Government Area, Anambra State, Igwe Promise Ezeh, Abilikete II of Umunze, has urged the newly reconstituted Governing Council of the Federal College of Education (Technical), Umunze, to work assiduously towards upgrading the College to a university.

Igwe Ezeh, who made the appeal when the new and 7th Governing Council paid him a familiarization visit in his palace on April 29, 2021, said the College had sufficient manpower, infrastructure and land mass to become the first University of Education (Technical) in the Southeast Geopolitical Zone of Nigeria.

The 7th Governing Council, which was at the College for its first Council meeting, was led on the visit by the Chairman, Hon Sekav Iyortyom. 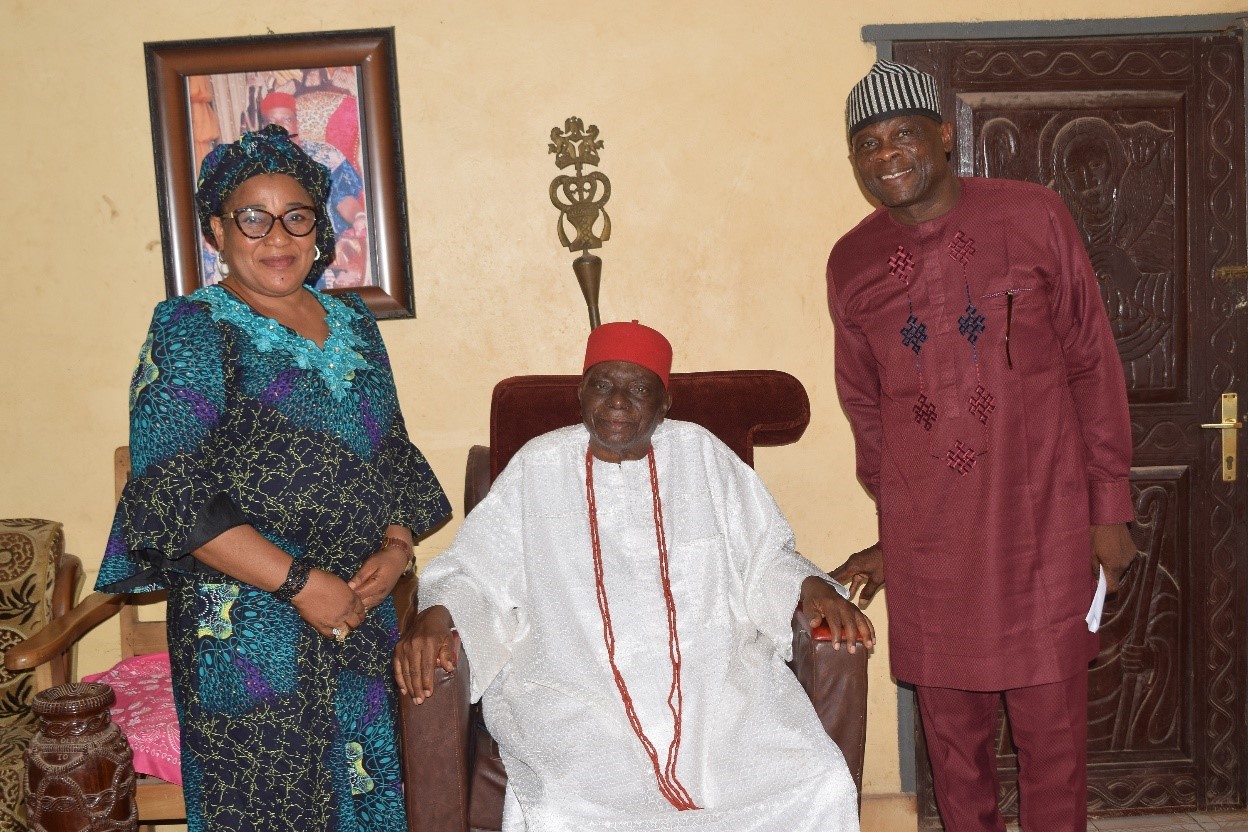 While receiving the Council members alongside members of his cabinet, the traditional ruler said the College had grown in pedigree following its affiliation with Nnamdi Azikiwe University, Awka, for the degree programme and other feats in infrastructure, academic work and administration, which FCE (Technical) Umunze, had attained. He called on the relevant authorities to facilitate the process of making it a full-fledged university.

Pointing out that the College occupied vast hectares of land which were donated by the host community, Abilikete II, assured that the community would give her own support to make the institution a university. He described Umunze as a peaceful town which had over the years maintained a cordial relationship with the Federal College of Education (Technical).

The monarch urged the Federal Government not to allow those he described as desperate politicians to hijack the location of university. He insisted that such decisions must be guided by due process and academic merit.

In his response, the Chairman, 7th Governing Council, FCE (T), Umunze, Hon Sekav Iyortyom, promised that the newly reconstituted Council under his leadership would work harmoniously with the College Management to move the institution forward.

Hon Iyortyom, commended the traditional ruler and the host community for what he described as the amicable relationship which they had with the College. He expressed delight that the community had proved to be a peaceful abode for students and staff members of the institution.

Speaking on the occasion, the Provost, Federal College of Education (Technical), Umunze, Dr Tessy Okoli, expressed confidence that the Governing Council which had since commenced work, would promote the growth of the College.

She assured the host community that the Governing Council and the College Management would continue to pursue developmental projects that would elevate the institution to enviable heights.