By Precious Ukeje and Cynthia Igbokwe

In bid to expose the students to the requisite skills needed for success in the field of practice after graduation, the Head of Department, (HOD) lecturers and staff members of the Mass Communication Department of Nnamdi Azikiwe, University (NAU) Awka, in partnership with a Non-Governmental organization, Beyond Community Care Foundation (BCCF), are to hold

their first edition of ‘Gown and Series.

Briefing newsmen at the Auditorium of Philip Uba Mass Communication Complex (NAU), on Thursday, August 5, 2021, the HoD, Mass Communication Department, Prof, Chinwe Uzochukwu, revealed that the epoch making event would take place on the 19th of August 2021 at the auditorium of the Academic Staff Union of the University’s

Prof Uzochukwu stated that the event was designed to bring a valuable interface between classroom and industry and also a unique opportunity to get communication practitioners of various hues to come and interact with students on the practical issues in the industry.

Uzochukwu, while revealing the essence of the programme, stated that the goal was to expose the students through the voices of very experienced practitioners to the emerging trends in the industry

so as to prepare them for successful careers in the fast changing world of media and communication. 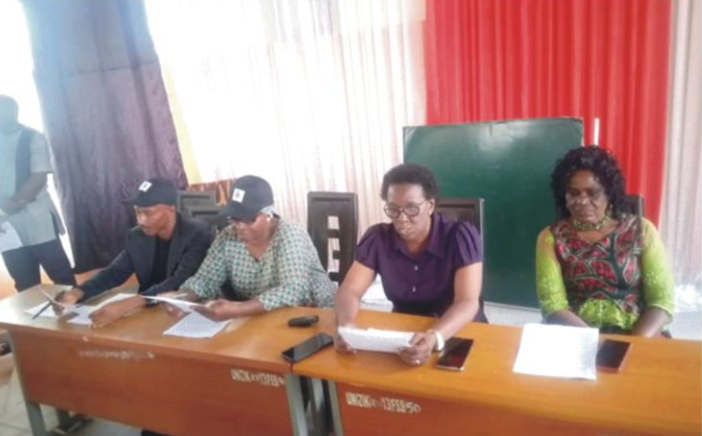 Also speaking, a Director from the BCCF, Mr Onuora Aninwobodo, explained that the essence of the partnership was for the organization to fulfill its aim of developing people and opportunity to access quality education.

He also said the initiative came to light due to the increased rate of poverty, underdevelopment, unemployment and other issues that had ravaged humanity.

Contributing, the first female professor of Mass Communication in West Africa, Prof Chinyere Okunna, commended the effort of the HoD, for finding it pertinent to expose the students on the practical aspect of their profession.