The event which held at the Secretariat of the Academic Staff Union of Universities, Nnamdi Azikiwe University Chapter, was fused with couple of other events: maiden alumni homecoming, unveiling of the Silver Jubilee Edition of “Unizik Comet Magazine”, presentation of awards and inauguration of steering committee to oversee the institution of a departmental alumni body.

The body when instituted, according to the Head of Department, Prof. Chinwe Uzochukwu, while presenting an address of welcome, would serve the purpose of uniting alumni members of the department close, as well as, make it easier to reach them when the need arose, while they make contributions towards the growth of the department. 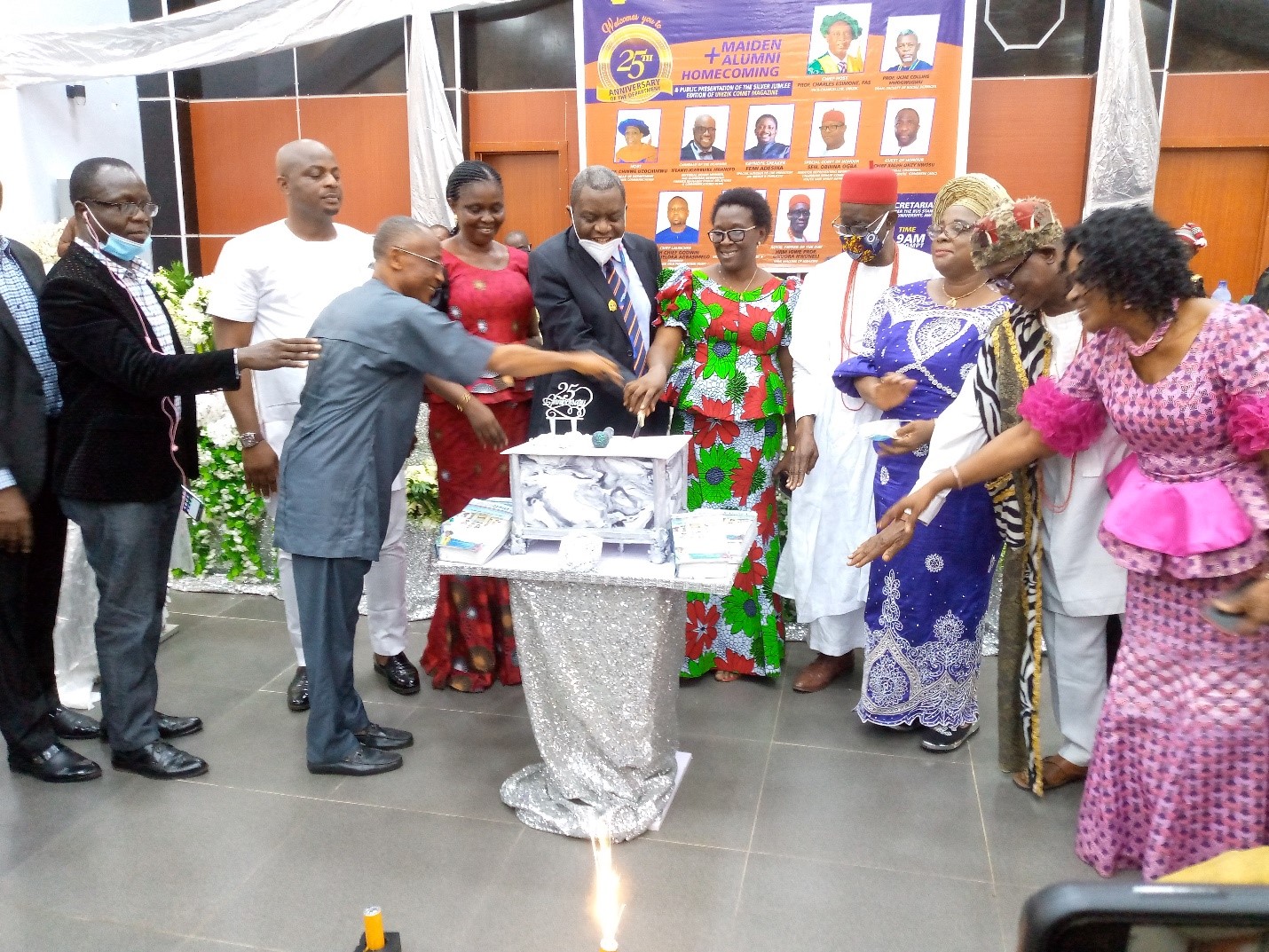 Delivering a keynote address titled “Mass Communication and Development in Nigeria”, the Senior Special Assistant to President Muhammadu Buhari on Media and Publicity, Femi Adesina, who was represented by Prof. Venatus Agbanu, said the media was a veritable tool for construction of society, adding that there was need for the media to support government’s activities by not only hyping negative stories.

Adesina who advised journalists to refrain from publishing stories capable of misleading and misdirecting the public in a bid to attract likes and retweets, said media practitioners must embrace the principle of ethical journalism and separate opinions from facts. He said, ‘Opinions are free; facts are sacred.’

He encouraged internship among students of Mass Communication as a way of getting acquainted with the industry even before graduation.

The Vice Chancellor of the University, Prof. Charles Esimone, for his part in an address of welcome, commended the Head of Department, staff and students of Mass Communication for conceiving the event, which Prof. Uzochukwu had earlier said, was a continuation of the Vice Chancellor’s commemoration of two years in office.

‘It is gratifying to observe a rising awareness among the graduands of the University of the importance of alumni associations at the University, Faculty and Departmental levels, as veritable platforms for contributing to various facets of the development of the University,’ Prof. Esimone said.

Recalling that he assumed office two years ago with a vision to transform the University to become the best in Nigeria, among top ten in Africa and best two hundred in the world, he called on teaching and non-teaching staff of the University, students, graduands and alumni body to make meaningful contributions towards their achievement.

Commenting on the “Unizik Comet Magazine”, the Unizik Vice Chancellor said it had been a reliable source of information on the University, education related issues, and other bits of information, as well as providing a workshop for the hands-on training of the students of the Department. He congratulated the Department for sustaining the publication.

Kasie Abone, a journalist with Thisday Newspaper who was the Jubilee lecturer, insisted that for one to properly practise Mass Communication, it was necessary to acquire at the least, an academic degree.