The State Working Committee (SWC) of the Nigeria Union of Journalists (NUJ), Anambra State Council, led by Comrade Francis Ekpone, last Monday inaugurated the Caretaker Committee of the UNIZIK FM Chapel of the NUJ with a call on them to leverage on the ‘avalanche of manpower at their disposal.’ 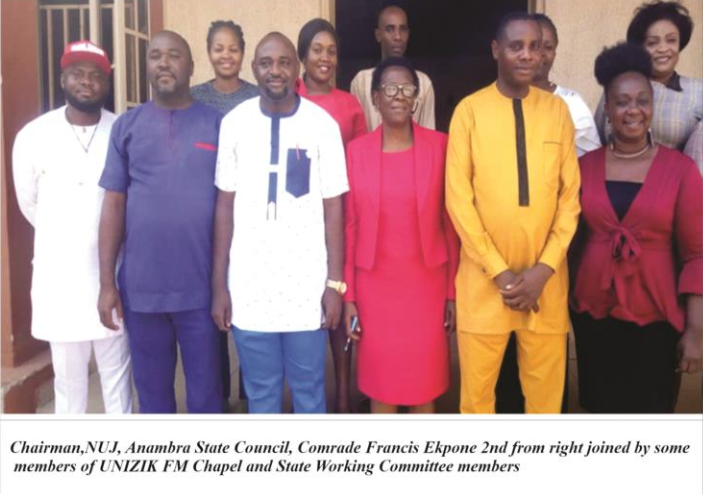 Inaugurating the Committee, the Acting Chairman of NUJ, Comrade Francis Ekpone, described UNIZIK FM Chapel as strategic, even as he charged them to be alive to their responsibility, assuring that the Council would be more than ready to render assistance and direction at every point in time.

Some of the chapel members who spoke during the inauguration included the Head of Department of Mass Communication, UNIZIK, Professor Chinwe Uzochukwu; the Station Manager, Comrade (Mrs) Iphy Obi; the immediate past Chairman of UNIZIK FM, Comrade Chigozie Chukwuleta; Dr. Julius Nwosu and Dr Nelson Obinna Omenugha of the Department of Mass Communication.