UNESCO has also condemned the killing of a reporter in Myanmar last month, calling for a full investigation.Fifty-five journalists and media workers were killed around the world in 2021, according to data by the United Nations Educational, Scientific and Cultural Organization, UNESCO.  While this marks the lowest annual death toll in over a decade, the agency warns that impunity for these crimes remains widespread and journalists still face a huge number of risks.

The UNESCO Observatory of Killed Journalists shows 55 were journalists killed in 2021 across the globe. Two-thirds of them occurred in countries not experiencing armed conflict, showing the continued risks faced by journalists in their daily reporting to expose wrongdoing. This marks a complete reversal of the situation just a few years ago, in 2013, when two-thirds of killings took place in countries in conflict. 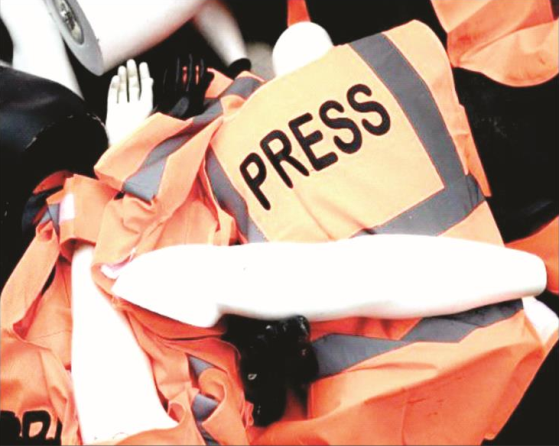 The majority of deaths in 2021 took place in just two regions – the Asia-Pacific, with 23 killings, and Latin America and the Caribbean, with 14.

“Once again in 2021, far too many journalists paid the ultimate price to bring truth to light. Right now, the world needs independent, factual information more than ever,” UNESCO Director-General Audrey Azoulay said.   “We must do more to ensure that those who work tirelessly to provide this can do so without fear.”

In a related development, Azoulay denounced the killing of a journalist last month in Myanmar.  She urged the country’s military junta to conduct a full investigation into the incident.

UNESCO said Sai Win Aung, also known as A Sai K, was killed 25 December in Lay Kay Kaw, a town located near the border with Thailand.  He was covering the plight of refugees in the southeastern state of Kayin for the Federal News Journal when he was fatally shot in an artillery attack by the Myanmar armed forces, according to reports.

“I condemn the killing of Sai Win Aung. Media workers like Sai Win Aung risk their lives to keep the public informed. Their work deserves to be recognized and their safety protected in line with international humanitarian law, which forbids attacks on civilians,” Azoulay said in a brief statement on Wednesday.

The UN continues to monitor developments in Myanmar in the wake of the military coup of 1 February last year, which has sparked protests and unrest.

UNESCO coordinates the UN Plan of Action on the Safety of Journalists and the Issue of Impunity, which is marking its ten-year anniversary in 2022.

The Organization systematically condemns every journalist killing and calls upon the authorities to conduct a full investigation, provides training for journalists and judicial actors, works with governments to develop supportive policies and laws, and raises global awareness through events such as World Press Freedom Day, celebrated annually on 3 May.

In a post on its Twitter account on Wednesday, UNESCO wrote: “No journalists = No journalism = No democracy. The equation is clear.  Every threat against a journalist is a threat against your freedom. Stand up to end impunity for crimes against journalists!  Stop threats when they start.”