It is said that a prophet is not recognised in his community. But to the proprietor and Chief Matron of Nneoma Maternity Incorporated, Ekwulobia, Matron Chinenye MaryRose Okonkwo, Nneoma, the reverse was the case. 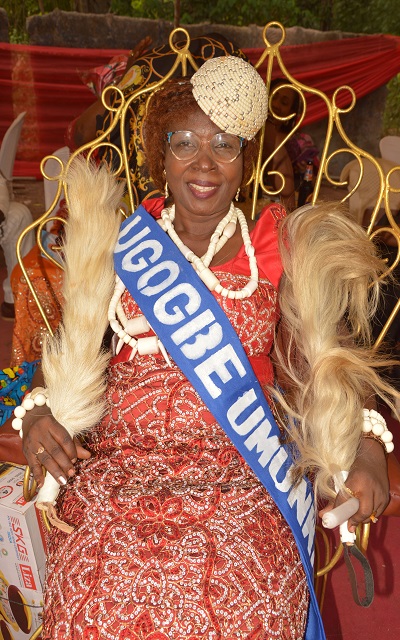 According to the two groups, the honour was in recognition of Nneoma’s immense contributions towards the growth and development of the Umunna and the Inyomona.

The conferment of the two titles, which were on the occasion of the 2020 Annual End of the Year Celebration of the kindred, were held at Obu Umuezeokpala, Ekwulobia.

In his address of welcome, the Chairman, Umuezeokpala Kindred, Nze Emma Chikadibia Okonkwo, noted that the umunna and the inyomona, were overwhelmed with joy and gratitude over the numerous projects which God had achieved in the kindred through the instrumentality of Nneoma Okonkwo.

Fides gathered that some of the projects and services attributed to Matron Chinenye Okonkwo, were free health care services to many beneficiaries; purchase of uniform and cooking utensils such as big ite ona, osite and spoons, for the women’s wing of Umuezeokpala.

Speaking on the occasion, the chairman, Ihuokpala Community, Chief Samuel Ikechukwu Eze, JP, described Nneoma as a great gift to Ihuokpala Community. Chief Eze, who recalled that Mrs Okonkwo raised over N4m for the foundation of the church building for St Dominic’s Out Station, Ihuokpala, and had been in the forefront of peace in the community, said he had forgiven anyone whose action might have inhibited peace in Ihuokpala and is suing for lasting peace in the community. 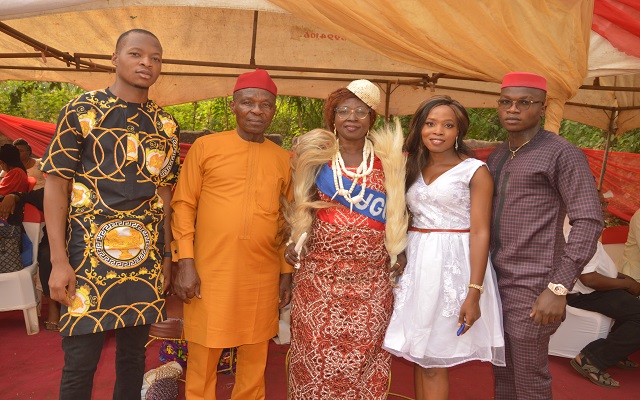 Responding, Mrs Chinennye Okonkwo, Nneoma Ekwulobia, said she felt honoured over the conferment. Nneoma Okonkwo, thanked the kindred for considering her worthy of the honour, which, according to her, would spur her for more services to humanity, the community and God she loved so much.

Earlier, when he led in the concelebrated Holy Mass that preceded the conferment, the Episcopal Vicar, Ekwulobia Region, Rev Fr Alphonsus Ezeoke, noted that the recognition was fitting, good, justified and worthwhile, both in the sight of God and in the sight of man.

In his homily, the manager, Rosa Mystica High School, Agulu, Rev Fr Christopher J.M.C. Ezeonu, described Christianity as a lifestyle, and tasked Christians on actions that reflected their calling. 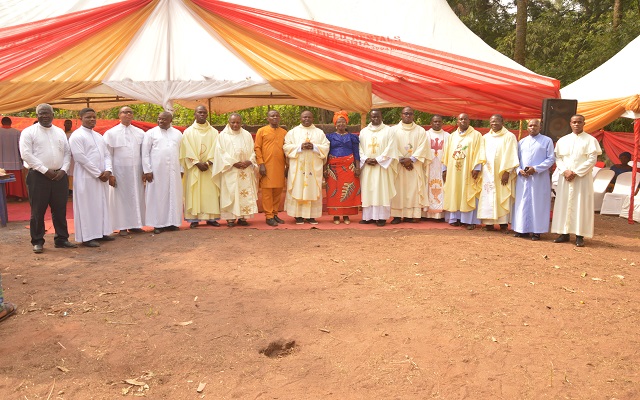 Rev Fr Ezeonu, who is also an indigenous Catholic priest of Ekwulobia, exhorted Christians against actions such as backbiting, fetish activities, and other vices, which, he said, were inimical to their Christian calling.

The homilist congratulated Nneoma Okonkwo on the honour, which, according to him, was in recognition of her practical Christian life as reflected in the Gospel of Matthew 25: 35ff. He appreciated the Umunna and the Inyomona of Umuezeokpala, for the recognition, and the husband, Nze Emma Okonkwo, for his support to her wife.

Fr Ezeonu flayed those, who, he said, had been envious of others’ good tidings and honours, to desist from such. He advised all to be happy over each other’s blessings and honours so as to receive theirs. 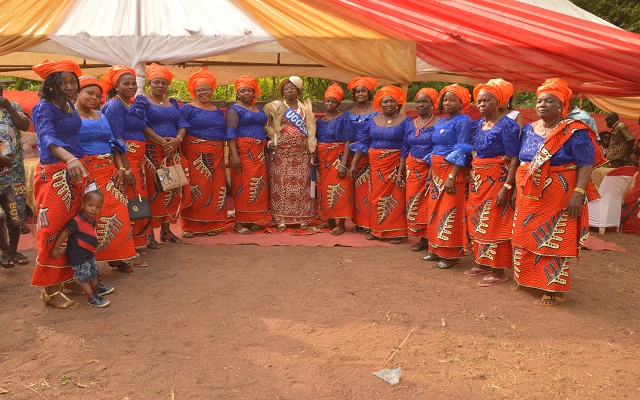