The member representing Aguata Federal Constituency in the National Assembly, Hon Chukwuma Umeoji, has been commended for the quality and functional boreholes he sited in various communities within Aguata.

Findings revealed that a standard borehole which was said to have been sited at Oye Uga Market, Aguata LGA, Anambra State, in 2018, by Hon Umeoji, is still functional and serving the market and its environs, thirteen years after. 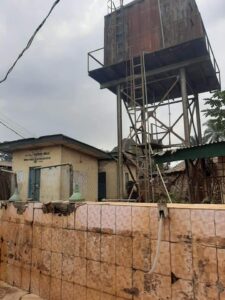 Speaking to Fides at the Oye Uga Market last Thursday, March 4, a yam seller who identified herself as Uju, revealed that the borehole which served the market was a constituency project of Hon Chukwuma Umeoji in 2008 during his first term as a federal legislator, 2007 – 2011.

Another market woman (who did not want her name in print), said the functional borehole; thirteen years after, and still counting, identified Hon Umeoji as an epitome of quality representation and quality leadership. She condemned the actions of some other politicians, who, according to her, put up fake projects which stopped functioning few days after. The market woman enjoined other politicians and aspiring politicians to emulate Hon Umeoji in delivering quality dividends of democracy to the constituents.