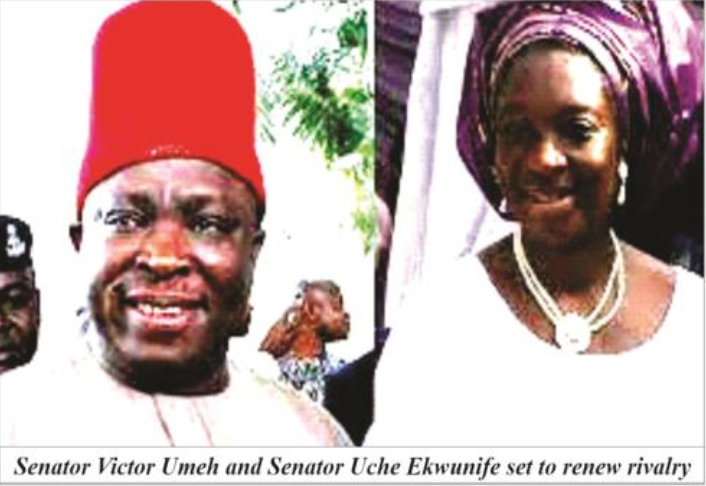 This will be the third time Umeh and Ekwunife will be challenging each other in an election. In their first confrontation, Ekwunife won the election but was sacked by the court following Umeh’s challenge of the election’s outcome. Umeh therefore took over the seat vacated by Ekwunife.

In their second confrontation, Ekwunife won again and went further to win in court, a development that ensured she has remained the senator representing Anambra Central Zone today.

The indication that Umeh would contest the election again emerged when some groups within the All Progressives Grand Alliance (APGA), and in Anambra State, called on Umeh to contest for the senate.

Meanwhile, Ekwunife has also indicated that she would contest next year’s election.

Her media aide, Kingsley Ubani, who was reacting to calls on Umeh to run, said Ekwunife would also run too and the election would be the third time both heavy weight politicians would be meeting in a contest.