To actualize their dreams of raising greater number of indigent women to becoming financially independent, the women’s wing of Urunnebo Improvement Union, Enugwu-Ukwu, Njikoka LGA, Anambra State, has organized her 2022 convention in order to deliberate on measures to adopt in providing  revolving interest free loans to those in need of them. 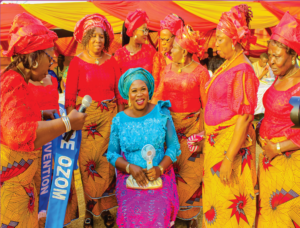 The UIU Women’s Wing during the convention presented awards of honour to some women who had distinguished themselves in their service to humanity and contributed qualitatively in making life meaningful to others, both in Enugwu-Ukwu Community and other communities.

The 2022 Ozom Women’s Convention also witnessed the institution of grand patrons and patronesses, decoration of some women who made great difference in the community as the digital ladies and presentation of posthumous awards to the deserving individuals.

Fides gathered that the convention, which commenced with walk to health, had dance and March Past competitions, as well as a lecture on empowerment of grass  roots women.

In an address of welcome, the president of UIU Women’s Wing, Lady Dr. Augustina Ngozi Mmuo, said the recognitions were to spur the women who had added substance to the lives of people in the community to greater heights and bring to an end the plight of some indigent women in the community. She said that the convention would help them to develop a common purse that would be used to support the businesses of indigent women to ensure sustenance.

The idea behind the convention for women in Ozom, Urunnebo Improvement Union, both home and in diaspora, according to Lady Mmuo, was to generate funds to provide revolving free interest loans to the indigent women to ensure that they became financially independent. She said that the UIU Women’s Wing at the maiden convention would devise ways of tackling other issues affecting women. 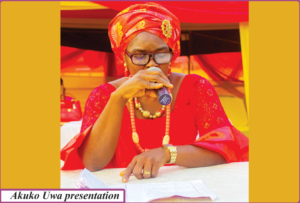 The president explained that the loans to be provided to the indigent would be designed in a way that the beneficiaries would be mandated to return the loans at the end of each year to be made available to others. She disclosed that the committee to man the loan disbursement had been constituted alongside the monitoring team and maintained that professionals such as bankers and others with keen understanding of finance, were drawn to become members of the committee that would man the loan approval and disbursement.

He noted that the criteria that would ensure the survival of the loan scheme must be considered and followed religiously.

In her words, ‘We are gathered here today to celebrate and mark the 2022 Urunnebo Improvement Union National Convention and awards to distinguished mothers and daughters of Ozom extraction. Umu Nnem, if we can galvanize our grassroots women, there is no doubt they can be more productive. They will be busier and eliminate time for gossiping. If we can mobilize our women, we can rest assured that the incessant demands for financial assistance will be greatly reduced.’

On the award decoration, Dr. Mmuo said the awards were categorized into Ada Ozom for Enugwu-Ukwu indigenous women; Ugegbo Ozom for those married in Enugwu- Ukwu Community but are regarded as Ugegbo because they are living exemplary lives and had touched many lives. The third group consisted of octogenarians, women whom God blessed with longevity; while the fourth group were posthumous awards meant for those who rendered excellent services to both the Church and humanity. 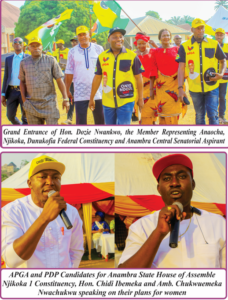 She thanked God for the success of the celebration, as, according to her, it seemed a difficult task at the beginning of the planning stage.

Speaking to Fides, the mother of the day, Mrs. Uju Dan-Okekearu, said that women had a vital role to play in community development and noted that no development could be attained without the presence of women. She described skills acquisition as an area that could be deployed in women empowerment,, saying that a woman’s success rubbed off on her family.

One of the awardees, Mrs. Bolouere Dorren Ochiagha, an indigene of Bayelsa State, who was decorated with Ugegbe Ozom, while thanking the organizing for beaming their search light on her, disclosed that by marriage she had become an Enugwu-Ukwu indigene and was bound by her conscience to contribute qualitatively towards making the lives of people within and outside the community better.  She described empowerment of women as one of her focal points during the time she led Urunnebo in Port-Harcourt for more than 8 years. 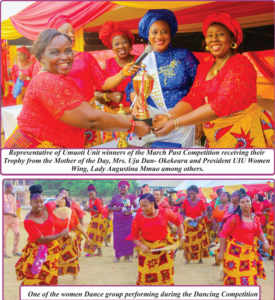 For her part, Mrs. Regina Uchenna Okonkwo, decorated as Ugegbo Ozom, said the honour which came in recognition of her contributions to humanity, would spur her to carry out more activities that would better the lives of women especially in the area of health.

In the dance competition, Umuajani Unit came first, while Umunwankwu and Umuoti Units took the second and third, respectively.

The march past competition saw Umuoti Unit taking the lead with 91% followed by Umunwakwu Unit with 87% and Umuajana Unit with 80%. Others, namely, Umuogbu, Umudike, Umuayika and Umuaba Units trailed behind with 69%, 67%, 64% and 56% respectively.