Ugochukwu Uba has No Locus to Challenge Ozigbo – Ayika

The Director of Strategy and Media of Valentine Ozigbo Campaign Organization, Val Ayika, a lawyer, has queried the rationale behind the action of parallel People’s Democratic Party, PDP, candidate, Senator Ugochukwu Uba, in questioning the candidacy of Ozigbo when he, Uba, was not part of the process that produced Ozigbo.

Ayika stated this after an Anambra State High Court sitting in Awka, barred the Independent National Electoral Commission (INEC) from accepting any individual presented by the People’s Democratic Party as its governorship candidate until the outcome of a suit brought before it was determined. 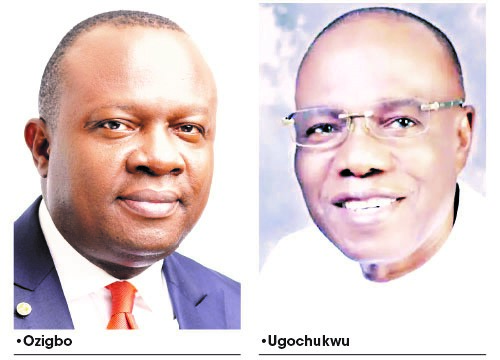 A parallel candidate of the party for the November 6 poll in the state, Senator Ugochukwu Uba, had dragged the Independent National Electoral Commission (INEC), PDP and Valentine Ozigbo before the court in a suit marked A/230/2021, praying among others, for the nullification of the poll which produced Ozigbo.

The presiding judge, Justice O. A. Nwabunike, last Tuesday ordered INEC not to accept anybody presented as the candidate of the second defendant, the PDP, until the determination of the outcome of the suit.

‘The defendants are hereby ordered and directed to await the determination or outcome of this suit and restrained from presenting, receiving, parading, or accepting any person as the governorship candidate of the 2nd defendant’s party for the governorship election fixed for November 6, 2021 to elect governor of  Anambra State,’ the order read.

But reacting to the development, Ozigbo, through the Director of Strategy and Media of his campaign organization, Val Ayika, said that Senator Ugochukwu did not have the locus to challenge the primary that produced him.

Ayika said, ‘By Ozigbo’s character and disposition in life, he has no problem with any Nigerian approaching a court for any reason whatsoever. Again, he prefers somebody going to the court to resorting to self-help.

‘So, approaching the court is not an issue for us. But again, let me quickly say that by section 87, subsection 9 of the Electoral Act, you can challenge the outcome of a primary election if you participated in the primary election that you are challenging.

‘This was also seen in the case between Ejike and the PDP where the Supreme Court held that only a person who practically participated in a primary election can challenge the outcome of that election.

‘Now the question is, does Senator Ugochukwu Uba, by virtue of paragraph 6 of his affidavit that he admitted, that he emerged victorious in a factional primary, and that Valentine emerged in another primary, have the locus to go and challenge the primary election that brought about Valentine Ozigbo when he, Uba, did not participate in that primary?

‘You see that by section 87 that I quoted, Uba is excluded; he does not have the locus to challenge what happened in that primary,’ Ayika argued.

He posited that, Ozigbo having won the primary election that took place, had moved from being an aspirant to being a candidate.

‘The primary election exercise has vested him with the right of a candidate. If somebody wants to claim that right, the person must comply with section 36 of our Constitution which is a fundamental right. Because if you just give order that somebody who is already inured with a right, which by constitutional provision, should be jealously guarded and protected, you are expected to have given the person the opportunity to defend that right; how he came about it,’ Ayika further stated.