Travails of a Nigerian youth

The average Nigerian youth is psychologically, mentally and physically drained. Each time they take a look around them, they see nothing to live for. Nigeria has failed them like never before, in the history of this country. Education used to be the future, but not anymore, it seems.

Of what use is it when after graduation there are no jobs? In a country where graduates end up driving tricycles for a living after giving up on getting jobs, the future is truly bleak. Little wonder we now have the menace of Yahoo-Yahoo, Yahoo-Plus, Bet Naija, and even kidnapping eating so deep into the fabric of today’s society.

Today, I bring you a brilliant piece written by my colleague and dear friend, Ejike Anyaduba, who captured it all in this well written piece which he titled, ‘Travails of a Nigerian Youth’. He certainly captured it as it is. Ejike wrote in from Abatete. Do enjoy…

It is bad enough to imagine a Nigeria without youths, but worse to have them without a future. Each time I reflect on this development I am assailed by an unpleasant feeling – some form of vicarious pain. More than that, I sense an ominous threat to the peace of the society if nothing urgent is done to avert the seething rage. 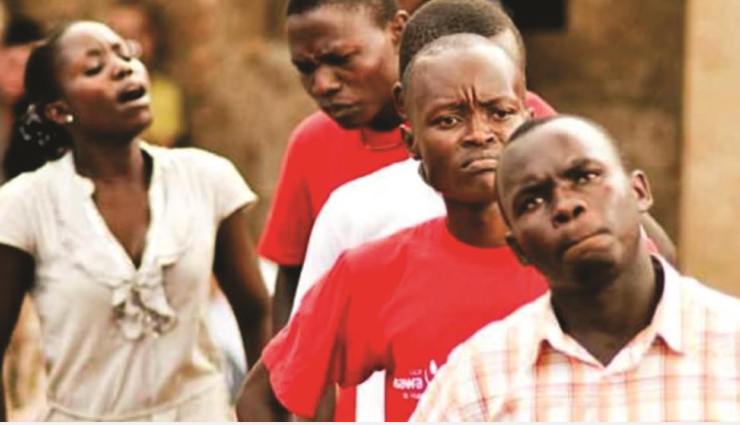 At a reasoned estimate, an average Nigerian youth is out of humour with his environment. He sees it as stifling his drive and resents it. He struggles through school which he sometimes spends longer time than he should because of Government/Labour uneasy relationship.

He survives the difficult patch and graduates into the labour market with little chance of securing a job. He searches diligently, but secures none. He roams the street in hope that fortune may favour him singularly. But he soon realizes there is no fortune as the Nigerian factor dutifully puts him at the wrong side of the employable.

Eager to succeed, he decides to channel his energy into personal enterprise. He starts a small scale business after talking with the banks. A year or two into the business, unstable policies, power outage, insecurity etc conspire and lay waste his effort.

In time, he falls behind in repaying his loan, goes belly up and closes shop. He trudges on the street, frustrated. He cops a sad image as he reflects on his situation. “A man”, he remembers Thomas Carlyle, Scottish philosopher and essayist saying, “willing to work, and unable to find work, is perhaps the saddest sight that fortune’s inequality exhibits under the sun”.

He rues his state as anger wells up in him. Fortune has not offered him as much opportunity as it did the generation before his. Opportunities that saw youths of the time ascend the height of their chosen careers in good time. He does not need to dig deep into history to know that Chief Anthony Enahoro edited the Southern Nigerian Defender, one of the chains of Dr. Nnamdi Azikiwe’s newspapers at the age of 21, making him the youngest in Nigeria.

Or that most Nigerian leaders of the time, both civilian and military, led the country in their youth. Gowon, Ojukwu, and others were quite young when leadership was thrust upon them.

Succession was smooth and encouraged to enthrone excellence and not mediocrity. There was no recycling of leaders. People retired when they should and made space available for followers to occupy. Nobody held fast to any position at the detriment of societal cohesion and progress.

Government and allied institutions were run smoothly and not as a cult where succession has become by secret alliances. Neither was it run as a traditional institution where succession was by right of primogeniture. Things were run relatively fairly, and consideration was given to the other man. Gerontocracy and cronyism were hardly in service.

People graduated to select jobs. Access to leadership positions was open. Opportunities were never an exclusive preserve of a tiny clique. Jobs were available as were opportunities to lead. Elders were less competitive and willing to concede space to the youths. Usurping of positions was few and far between. Mentorship was encouraged as a way of sustaining viable leadership as well as followership. It was easy for people to make impact in the society early.

Sadly, everything has changed. Things have taken a tumble for the worse. The Nigerian youth is in deep struggle. He has no job and he has no opportunities. The state neither provides nor points with justice to any youth empowerment plan for self sustenance. She appears to want to carry on without her youth and the future of the country.

No time in the history of Nigeria was the story of her youth – her future — told with so much uncertainty. No job for those willing to work. No access to others lucky enough to be in employment to rise. No empowerment for those who practice some craft. Often money mapped out for skill acquisition ends up in wrong hands.

Those who should be in retirement stay in service on account of forged documents while those already in retirement are not tired and still interfere with activities inside the system. Quite often placement becomes very difficult because those who led Nigerian in the second republic are still leading her.

How, for example, does Nigeria think it right to engage the services of some of her current ministers over and above her youth with same qualification? Whatever experience a retiree (most of who are battling senility) is bringing to the table is vitiated by the trouble caused by Alzheimer’s disease.

It may be argued that engaging the youth does not provide all the answers to our problem as some of them in leadership positions have not acquitted themselves. This may be true, but pitted against those who have excelled in leadership, politics, economy, sports etc the position pales in comparison. There are youths who have pursued their assignment with great commitment and vision.

It serves no purpose to recycle leaders in a country that has a surfeit of youthful talents. Leadership requires both mental and physical strength neither of which should be played down. A country desirous of growth cannot sacrifice her youths for any reason.

No matter what promise recycling of old leaders holds, the game does not worth the candle. The world is moving at a very fast pace perhaps too fast for gerontocracy to catch up. The youths should be encouraged to lead while the elders sit back and offer advice. Nigeria cannot afford otherwise. The consequences will be costly