Tolerance among Couples, Sure Way to Heaven – Bishop Okoye

By Precious Ukeje and Chioma Ndife

The Auxiliary Bishop of the Catholic Diocese of Awka, Most Rev. Jonas Benson Okoye, has said that couples who are patient with each other will make heaven. 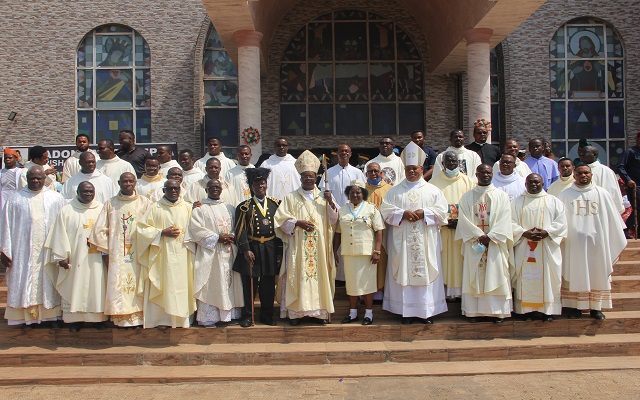 The event doubled with the 90th Birthday Celebration of the man, Sir Herbert Ezeisi, KSJI.

The Catholic Bishop of Awka Diocese, Most Rev. Paulinus Ezeokafor, was the chief celebrant at the Mass.

Sir and Lady Ezisi were treated to a swell time at their residence at Nkitaku Village, Agulu, after the concelebrated Mass, where they and their children received guests and expressed their happiness and appreciation to God for keeping them alive till such a day to mark the golden jubilee of their marriage.

Bishop Okoye while delivering the homily, told congregants that the lives of the celebrators were worthy of emulation, especially for young persons who were just beginning the journey of marriage or intending to get married.

The cleric challenged newly wedded couples to understand the scriptural underpinnings of marriage, where a man was made to leave his mother and father and cleave to his wife, explaining that marriage made a man and a woman one; and not two anymore. 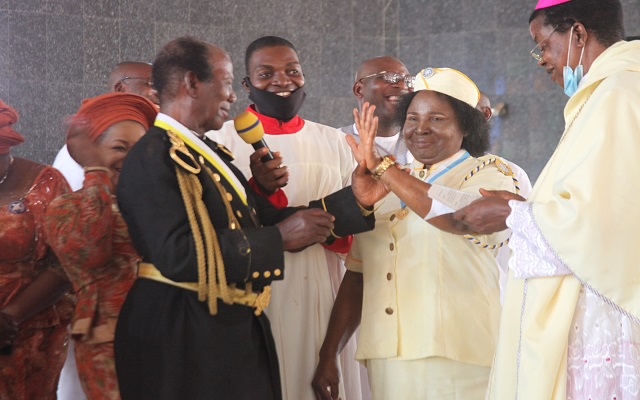 Making allusion to the account of creation in Genesis, he said that as help mates, couples were meant to attend to the needs of each other, and not just theirs alone. Bishop Okoye admonished wives to submit to their husbands, while husbands should love their wives as Christ loves the church, according to Ephesians, adding that there should be mutual giving and taking among husbands and wives.

He described marriage as an important sacrament which should not be toyed with, and noted that the golden jubiliarians whose occasion coincided with the wedding of a couple, did not need numerous sermons anymore, rather that God should be glorified on their behalf, while he urged newly wedded to resolve being with each other for as long as they lived. He added that they had no reasons to fail.

The Auxiliary Bishop maintained that couples continue to learn daily about each other as they lived, adding that it was possible that they would not know everything about each other even till they died. He urged them to remain in prayer to understand each other.

He told the couples that to save their marriages, they would succeed by focusing on their husbands alone and not looking elsewhere, and urged them to continually wear their rings as insignia indicating that they were married. 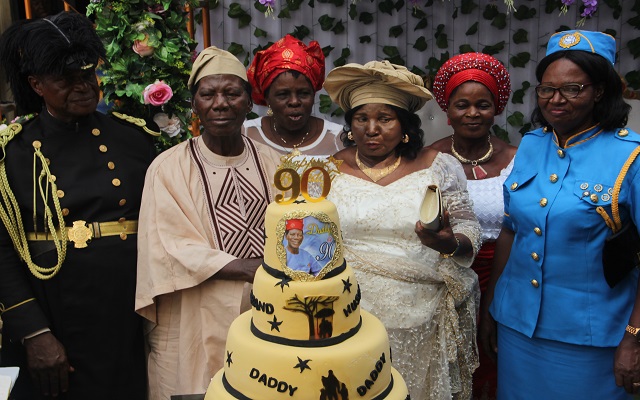 For his part, Bishop Paulinus Ezeokafor prayed for both couples, golden jubilarians and the newly wedded, beseeching God to keep them and elongate their lives. Other members of the congregation also received blessings as friends and well wishers thronged the Ezisi’s compound for reception and merriment.