To All Osinachis of this World: Leave if he hits you one more time

Just yesterday, I got the sad news of the death of one of my schoolmates back in secondary school. Her name was Kemi. Kemi was my very close friend back then and we were born in the same month and same year. She came from a very wealthy home and her mum was a banker. Kemi was an only daughter who was much loved by her parents and two brothers. She was also the last child and came about eight years after her brother, Gbenga was born. I’m not trying to bore you all with Kemi’s history. I’m simply trying to give you a picture of the background of this amazing young lady whose death just occurred and why it is most painful and heartbreaking.

After school, we all left in various directions to chase our different dreams, but still managed to keep in touch. Shortly after, I got married. That was when I left the shores of Lagos, city of my birth. Kemi studied law at the University of Lagos. She also successfully set up her own law firm at Ikeja. Eventually she met the love of her life and they got married. Few years after that they both relocated to the United States of America. 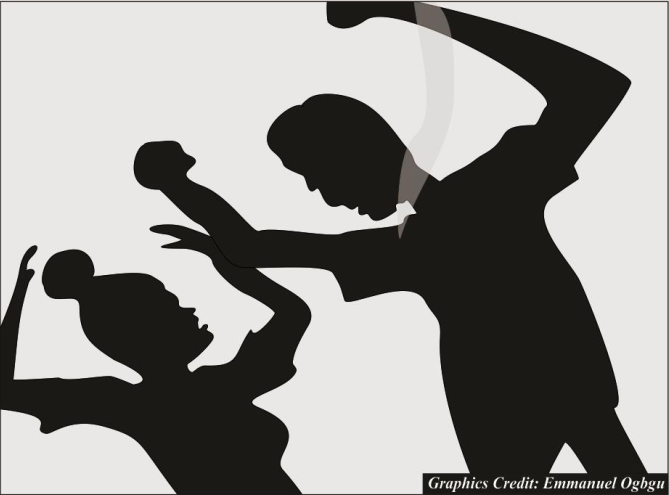 Most times, we stayed for hours on the phone talking about everything under the sun, including the challenges we face in our different marriages. Most times, we tried to compare notes, but at the end of the day, we considered ourselves luckier than most of our fellow women in the marital terrain.

How was I to know that all the while we spoke and compared notes, Kemi was in an abusive marriage. She told me everything about her life, but when it came to the issue of marriage, Kemi held back and in fact, painted a rosy picture of a perfect marriage. She had twin girls. Adorable children who were doing well in their chosen areas of life.

Sadly though, Kemi called me on my birthday in 2021, like we usually did, every year. She actually called me when I was at work on that day to find out how my day went. I told her I was having a swell time! She didn’t sound like her usual happy self, but I didn’t really put much thought to it because my director and the entire staff members of Fides were about assembling in the Newsroom to cut my birthday cake gifted to me by Fr Martin. So, I explained I had to go, but would call her when I got home. So, she just told me a happy birthday and also that she had sent me some dollars through Send wave to get myself a beautiful birthday present. I thanked her, blew her a kiss and dashed back to the newsroom.

It was later in the evening as I drove home from work and reminisced about how my day went, that I cast my mind back to our conversation and noticed that there was something definitely wrong with Kemi. Kemi would never call me and not giggle halfway through the conversation, especially not on my birthday.

Moving forward, I got home, got refreshed and settled down to call my dear friend. Usually the moment she picked up my call on a day like that, she would tell me, ‘Okay, Uche start from the beginning and tell me everything that happened today, how many gifts you got and how much you were shown love on your special day. I want details.’ Then, I would excitedly give her a rundown of how my day went. We would giggle halfway through the conversation and talk till we got tired. However on this day, immediately she picked up my call, she told me those words that broke my heart. She said, ‘Uche, he hits me all the time and I’m tired of taking the beatings.’ I was confused. So I asked her ‘who’? And there was silence on the other side of the line. I repeated the question. Of course, I never for one second imagined it was her husband because as far as I knew, their marriage was perfect, or so she made me believe. Then, the truth hit me. I suddenly realized it was her dear husband, Victor,  that she was talking about. Kemi broke down and cried her heart out and I was too shocked to even say a word. After I got over my initial shock, I asked her how long it has been going on and she told me almost immediately after she got her first job in the US.

According to her, he was the perfect Prince Charming both in Nigeria before they relocated and shortly after they got to the USA. After she started work and started earning some money, he changed. As a matter of fact, it got to a point where he forced her to transfer her pay checks to him. She would receive her monthly pay and transfer to him, or receive the beating of her life. She started seeing a different side of him. The women he dated without discretion, the excessive partying which she was never a part of and all sorts of irresponsible conduct. I was shocked and heartbroken for my friend. I asked her the burning question in my mind: Why did you keep this a secret? And she said she always dreamt of a picture perfect marriage, but when things began to fall apart, she continued to live in self-denial. I asked her if her parents were aware and she said no. So I asked her what she intended doing about it and she said she was considering divorce. I told her that I had only one advice for her: if you believe your life is in danger please leave that marriage. If you do not think that there is anything wrong in giving your husband your paycheck and watching him spend it on his women and parties, then you need to see a psychologist to set your brain right. You cannot be in a marriage where you’re beaten black and blue all the time and your savings are collected from you, leaving you pocket less in a country that spells out clearly that any man who touches you will go to jail and lose his family. So I advised her to inform her parents and then, get a lawyer to start divorce proceedings, in order to be alive to take care of her family. She agreed but never got the courage to do so.

It’s unfortunate that Kemi remained in that marriage until he beat her to the point where a neighbour had to call the police. By the time the police arrived, she was already comatose and like I gathered, was bleeding from the ears and mouth. By the time they made it to the hospital, she was dead.

Her husband is cooling off in jail for now, but after that, then what? That’s my question.

You know, this cast my mind back to the death of the black and beautiful Osinachi Nwachukwu whose death shook not just Nigeria but the world over. I personally did not even know who Osinachi was until I heard the song, Ekwueme. Nobody knew that someone as amazing as Osinachi was going through any form of physical or emotional abuse in her home. Her few family members who knew about it did not have the heart to confront her husband. Osinachi refused to speak up because she believed that it was ‘somehow’ to bring it up to the world since people looked up to her as a role model. And so, after she sacrificed her life because she was trying to protect a man that did not deserve it, the whole world is now getting to know that she was in an abusive marriage.

I thank the Minister of Women Affairs who visited her family and vowed to get to the bottom of the matter. When she approached Osinachi’s children, they tried to keep sealed lips over the way their father constantly violated their mother, but after a lot of persuasion by the Minister, they opened up and spoke the truth about what their mother had to put up with on a daily basis. Osinachi died at the age of 42 at the prime of her life not because she had any ailment but because her husband beat her up until she died. I remember reading about how her husband would collect money paid to her for all the shows she went for. This same husband dehumanized her in the presence of her children and even her fellow choir members of the Dunamis Church. He made himself her Manager, just because he saw how much she was making and insisted all payments be made to his personal bank account. Osinachi, of course accepted foolishly, morosely and annoyingly.

I am glad that just like Kemi’s husband in the USA, Osinachi’s husband is also cooling off behind bars until he is charged to court.

I will like to make an appeal to all the Osinachis and Kemis of this world. I’m also talking to every woman out there in troubled marriages. It is okay to be persevering, patient and tolerant in our marriages. However, if it gets to the point where a man turns you into his punching bag, please take a walk. Things have changed. In the past so many women took abuse silently because they were brainwashed into believing that it is a normal thing because our grandfathers did it to our grandmothers and our fathers did it to our mothers. Please, things have changed. It is not acceptable anymore, biko nu. No man has the right to beat you like a goat he bought in the market place. It is wrong, evil and totally unacceptable.

If Osinachi had walked out, she would still be alive, arresting souls for Christ through her ministrations. She would still be taking care of her children and aged mother, who, by the way, her huband allegedly stopped from having any contact with Osinachi.

I do not know the position of the Catholic Church on divorce. I will still do a thorough piece on that, but I hope it encourages couples to go their separate ways if things begin to look really bad. I hope the ‘for better for worse’ clause in our marriage vows doesn’t mean I have to sit in a marriage where a man beats me and strips me of my dignity, just because it gives him authority over me.

For the sake of those of my readers that will come for my head for encouraging divorce in cases like that of Osinachi and Kemi, I mean every word and owe no apologies to anyone who thinks otherwise. Any man that is not ready to live up to his responsibility as a husband should not walk up to his fellow man’s door to ask for his daughter’s hand in marriage. My humble take!!!