Threat to Anambra Poll: CSOs Call out to IPOB

A coalition of civil society organizations based in the Southeast have waded into perceived plans by separatist group, the Indigenous People of Biafra (IPOB) to disrupt the forthcoming Anambra governorship election, reports Ikeugonna Eleke.

IPOB had the previous weekend given the federal government until November 4, to release its leader, Nnamdi Kanu, or it would declare five days sit-at-home exercise from November 5 to10.

But civil society groups in the Southeast, under the umbrella of Coalition of Southeast Democracy and Human Rights Organizations (CSBDHROs), said the action of the separatist group was targeted at the Anambra election which is billed for November 6.

Addressing newsmen last Sunday in Enugu at an International Press Conference, the organizations said disrupting the Anambra election would not be of any benefit to their struggle but would rather aid emergency rule that would not be to the advantage of Anambra people. 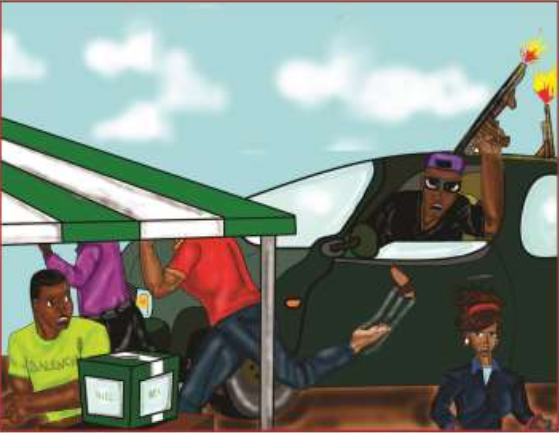 The Chairman, Board of Trustees of International Society for Civil Liberties and the Rule of Law (Intersociety), Mr Emeka Umeagbalasi, who addressed journalists on behalf of other rights organizations, called on IPOB to rescind their decision, while also calling for the release of Nnamdi Kanu.

‘We are calling on our brothers (IPOB) not to toe that line (disrupting election). When a group tells you that they will lockdown the South East from November 4 to November 10, and we know that Anambra has election on November 6 and November 7, what does that tell you? The election is the target.

‘We want to tell the IPOB people that nobody knows it all. We have been fighting their cause for a long time, because we know that what they are doing is within their fundamental human rights. But we want to tell them that once in a while, they should make consultations.

‘They should sometimes reach out to people like us. The people you see here are leaders of CSOs and seminal thinkers in the Southeast, ideas are our currency. We implore them to come to us and exchange ideas once in a while because no one knows it all,’ the groups said.

They noted that to disrupt the election by announcing a sit-at-home exercise on that day would mean calling for emergency rule in the state, which, they said, would ultimately give the state to the federal government and allow them to impose anyone on her; a development, the groups noted, would not be fair.

‘That would allow the election to be massively and scientifically rigged or to be stopped and it will be disastrously calamitous and place the state under Khaki or Agbada Caliphate and a nomadic rainforest state,’ Umeagbalasi appealed to the secessionist group.

The groups also called for the deployment of skilful detectives and security intelligence personnel to work hand in hand with law enforcement personnel already on the ground to ensure a peaceful and hitch-free election.

He noted that the election, if properly conducted and won, would also ensure the safety of the electoral mandate of the majority of the Anambra voters and loyalty of the winner to the people of Anambra State, as well as security and safety of their faith, boundaries and territories.