Having been around in this part of the universal space for a fairly long while, I must say that I’ve had cause to experience many things first hand concerning life and living. I’ve met so many people and seen so many things and have also been through so many experiences; all of which have put me in good stead to talk about a lot of things, especially given that my profession has a lot to do with observation.

In this piece I’m going to dwell on how powerful the environment can be and how it has tested the resolve of many people and often pulled down the mightiest of men. Often times, those who survive it are not the most powerful or rich, but those no one would expect to do so and it all goes to show the inner strength of such people.

It is this inner strength that really determines who we are and what distinguishes some people from the crowd. Sadly, however, we have more people in the category of those who lack that inner strength and the preponderance of such people has shaped the way we are at the moment.

Let’s now take a look at some of the actions arising from lack of inner strength.

What could be more injurious than this life style? This arises mostly out of a desire to not be looked down upon. In a society that is steadily becoming snobbish and class conscious, it is little wonder that a lot of people struggle to look the part even if when they know deep down that they are not and can never be what they struggle to look like. This is the reason why, for example, many parents who cannot really afford it, enroll their kids or wards in expensive private schools which in actuality are no better than the public school next street.

But such parents believe that if they do not enroll their kids/wards in such private schools their poverty will appear and flash like a neon sign on their foreheads. A pity, I must tell you. You see such parents having high blood pressure and sleepless nights thinking of how to sustain their kids/wards in such schools. What a self-inflicted injury!

Displeasing oneself to please others

These are people I can describe as having a complex. They go out of their way to appear nice and liked while inwardly they are suffering because of neglecting themselves.

They lack the will to be themselves and are always conscious of what people will say about them, even when those people don’t even know they exist. What an irony! But is a life worth living when it is done in self denial? Such people who do this hardly relax as they are always anxious not to hurt others.

In this life, except when it is necessary to genuinely help others, it is advisable for anyone to live their lives to the full as long as it is within the bounds of legitimacy. Be true to yourselves, take care of yourselves and grab your fun while you can. Follow your legitimate passions and make your happiness your priority. Once you’re gone no one will spare any thoughts for you. Just imagine a funeral ceremony scenario. 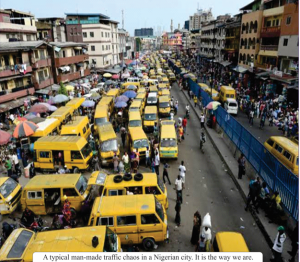 Before the interment of a deceased, cries will rent the air and some people may even be attempting to jump into the grave with the coffin. But a few hours after the person is buried, life gradually begins to return to normal for everybody. They will begin to smile and talk and your memory has already begun to fade. I don’t even want to talk about those who will struggle to be served food moments after crying their hearts out during your interment.

Contentment does not depend on riches but in peace of mind, for many are rich that do not sleep at night. The other day a friend told me how Bill Gates had begun to liquidate his wealth, saying he was no more obsessed with being the richest man on earth. He started giving money to institutions and foundations in a bid to reduce his wealth. He has probably realized that money isn’t everything but happiness and peace of mind.

For all of one’s money, the person will still end up in same mortuary with a mad man or woman knocked down on the road by a vehicle or an armed robber killed by the police. The mortuary is indeed a leveller of sorts; it does not discriminate or recognize class. Indeed, I’m yet to hear about a VIP mortuary or one which has a VIP section.

I’m also yet to hear about an air-conditioned ground where the bodies of the rich and powerful will be interred or one in which such people will not have their bodies corrupted by decay.

So, why all the fuss? Why not be happy with what we have once we have good health and can afford decent meals and clothing?

Lack of self esteem

There are many who lack confidence because they are not able to drive that car or own that house. When they find themselves in the midst of those who have those things they covet, they become tongue tied and sheepish. But why should that be? Quality is what comes from within and not what one wears, what car one drives or what type of house one lives in.

Any fool these days can have those; or have we forgotten about the fraudsters, ritual killers and armed robbers? Should we feel inferior before those people because of what cloth they put on, what car they drive or the type of house they live in? No! Often times we have what those people can never have and such flows from inside.

Veneration of the rich by society

This singularly accounts for the decadence we have today in society. Every institution in society is obsessed with money and thus can go out of the way to worship the rich, no matter how they make their money. The worst is that many times the sources of wealth of those people are well known to be bad; yet communities give them chieftaincy titles, universities award them honorary degrees, the Church confers knighthood on them and the law protects them. Thus everybody watching begins to feel that wealth is the ticket to acceptance anywhere and no one cares how they make it.

The other day we saw a video of a boy of no more than 15 years caught while trying to kill his friend for money ritual. When asked what car he wished to drive with the money he would make, he named one of the reigning Mercedes brands favoured by many Yahoo Boys.

A boy of less than 15 talking about owning an exotic car! I bet you that if he had successfully killed his friend and somehow made money and bought the car no one in his community would ask questions. Rather, you would hear some describe him as onye na agba mbo (a hard working person).

It is a society where the end justifies the means. A society where hard work no longer pays and is not recognized. The good ones are frustrated by the evil system and made to look foolish for behaving well.

Even in traffic situations, the obedient drivers are made to look foolish by those who form parallel lines and end up triggering massive traffic jams. It happens all the time. It has come to be accepted as the norm and you see otherwise decent, reasonable and educated folks joining in the madness. Yet, that chaotic traffic situation is what can easily be solved if everyone exercises restraint and discipline.

This is one hell of a society and it is no wonder some people wonder if they are indeed the mad ones in the midst of so many mad people. But we are waiting for the day a miracle will happen in our lives and make us behave like human beings again.