This Generation…Can I Talk to You?

A few days ago, I got a call from a very young lady. It was an unknown number and at the same time, a voice I could not place. So she asked if I was Uche Amunike of Frank Talk in Fides. I replied that it was me, alright. She was very inaudible and I strained my ears to catch what she was saying, and could only manage to hear her when I set my phone to loudspeaker.

By then I was getting rather irritated, having had a very tough day and was trying to settle down to say my prayers and go to bed. I’m sure she noticed I was becoming very impatient as I repeatedly told her to speak louder. Eventually, she became clearer and we got  talking. Her story: she lives with her guardian who has pointedly told her that she should go and raise money to pay her school fees because she could not afford to pay it this time.

My heart skipped a few beats as I immediately knew that it was a call that needed my financial and perhaps, emotional assistance. These were two things I knew I couldn’t afford presently. Anyway, she continued her story,  while I mentally thought about the fact that I might not be able to help her and the painful thoughts that I might disappoint her.

It however, didn’t stop me from asking her what exactly she wanted from me. I was shocked at her reply when I asked her what she really wanted. This young girl told me that what she really wanted was for me to help her raise some money with which to buy ingredients to fry buns so that she will sell them at the Oye market in Nimo, where they live, in order to raise the funds for her school fees.

I was shocked. At that moment, I knew I had no choice but to ensure that I helped her no matter how little the funds would be. I asked her how much she was looking at and she replied that did not know and that I should give her any amount. So I told her that any amount is no amount, therefore she should go to the market find out the prices of the ingredients for making buns and get back to me, the next morning because I was really tired and needed to go to bed. 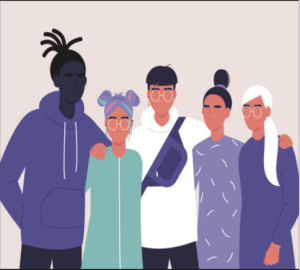 She thanked me and I hung up and slept off immediately. Next morning, at about 11am, she gave me a call and told me how much was involved. Honestly, I was fighting tears when she told me how much she needed because the money was not even too much. It was an amount that I could have easily given to her if things were right in the country .

Anyway, to cut a long story short, I told her to send an account number so that I would send what I could, so she could buy what she needed and raise her school fees before revisions for exams started. She was excited, but told me she would call me back to tell me into whose bank account the money should be transferred to.

A while after, she called to say that I should pay it into the bank account of some lady who has a POS business Centre, which I did. End of story! When she called back to say that she had gotten the alert, I simply told her to keep being a good girl and take her studies seriously in order to have the weapon of Education and rule her world in the future. She promised me she would and I believed her.

You see, it is always a thing of joy, knowing that there are still people, especially  our youths who still believe in the dignity of labour. I was talking to one of my friends about this young girl a day after this incident happened and she told me that I should have insisted on getting the phone number of her  guardian and possibly trace the school where she  attended to find out if she was telling the truth or lying. I told my friend I didn’t need to go into all that because I am not a police officer trying to investigate a crime.

The mere fact that the young girl was decent enough to think about doing something decent and dignifying  to raise money to give herself an education meant so much to me, giving the kind of society we live in today. That was all I needed. I don’t care about her guardian because she might actually not have that money to give the young girl.

Nigeria is something else now and the hard times are hitting every home. I know how difficult it is for so many parents to take care of their children’s education, including myself. So I am in no position to judge any woman who says she cannot afford to pay her children’s school fees or her ward’s school fees. It is really unfortunate the kind of country Nigeria has turned into.

A country where politicians pay N100m for a sheet of paper to be filled for running for position presidency. A country where a minister who earns money in the millions every month Will resign and risk losing his position just because he has N100m to pay for presidential form so that if he wins, he will steal back the money he spent. Looting Continua!!! It’s indeed a terrible situation.

Meanwhile, looting doesn’t only occur in the corridors of power. There are so many degrees and levels of looting in this country and I believe that it is only God that can redeem us from it. I will tell you my second story. This happened just yesterday morning. Since I had my fracture in January, I have not been able to drive because my doctor said it’s still too early in the day.

My bones need to be properly healed before I start using my right hand to do certain things. So, just yesterday morning, as I got to the Star Sunny park where I usually board the bus going to Awka, I realized I was very thirsty, so I decided to buy a bottle of water from a young boy selling soft drinks and water, right there at the park. Immediately  I reached for my purse to get the money with which to pay for my water, a man on his late 40s or early 50s rushed to me and begged me to buy him a drink.

I was confused. You know, it’s more understandable when someone asks you to buy him food. But a tattered looking man asking me to buy him a drink ??? Anyway, I collected a bottle of water from the young boy and asked him to give the man a drink. I paid for both the water and the drink and as I turned to walk to my bus, the drink seller told me that the man collected two drinks.

I got upset. I told him I was going to pay for just one drink and he told me to pay for the two because he needed to use them to mix his medicine. As I watched him holding on to the Nutrimilk and Teem Lemon, I realized he had a big Bagco Bag obviously filled with different things he acquired in the same manner he just used in trying  to extort me. I immediately repeated that he should to take only one drink or I’ll not even pay for any of it. He reluctantly dropped the Teem Lemon drink which is sold for N200 and took the Nutrimilk which sells for N250. Again , I told him to drop it and take the Lemon because I would not pay more than the N200 I already budgeted for his drink.

So, he did as I said and we both went our different ways. As I boarded the Awka-bound bus, I watched him approach another lady begging her to buy a loaf of bread for him, I wasn’t surprised. He pointed to the bread seller close to where the lady was standing. She looked at him and waved him away. I wondered why a full blooded man like that would beg on the streets all day. Well, it is called LAZINESS and there shouldn’t be food for a lazy man, so, I have decided that anywhere I come across him again, I will not spare him even One Kobo!

I cast my mind back to the young lady that called me from Nimo. At her age and level of life, she knew how important it was to work for a living. She understood that it was important to make hay while the sun shines. She didn’t ask me for her school fees. She rather, asked that I gave her the tools with which to raise her school fees. She understands the dignity of Labour and I pray that God will bless her and make her a great person in future.

I want to appeal to every young person reading this. Nothing good comes easy. So, whenever you decide to live the easy life, it doesn’t always turn out okay. Look around you. All the young girls who go about dreaming of wearing expensive human hair and using the most expensive iPhones in the market, usually end up telling sad stories of how they ended up in their quest for vain things.

That is, for those of them who are alive or mentally sound to recount their experiences.I salute every young person out there who is struggling in one way or the other to keep on keeping on. Keep pushing till you reach your life’s zenith. Refuse to be negatively influenced by your peers who want the easy life. Refuse to be weighed down by your problems till you get to the point where you lose, not only your dignity and self esteem, but your very own selves.

It is better to sell buns at Oye Nimo to make your money and enjoy it happily, than to fall into the trap of Yahoo boys that will cut off your body parts for ritual purposes and end up killing you. A word is enough for the wise!