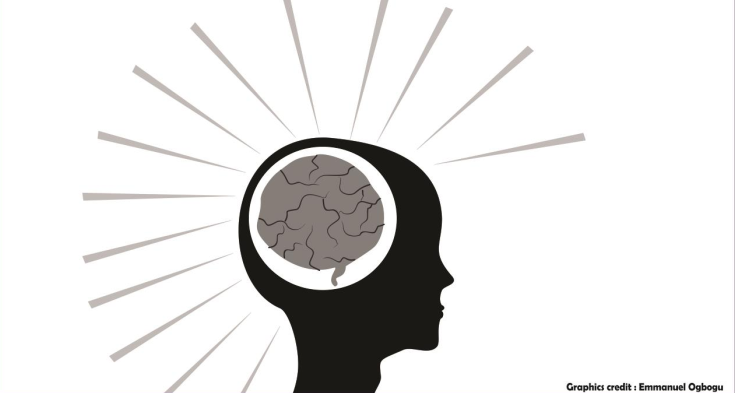 Later, I realized that what I was looking upwards was downwards. It was within the university built by God himself. This divine university is situated inside every human being, which is called the human brain. The thinking faculty is located within it. It is a sophisticated and a delicate natural institution. In other words, it is a natural fabrication. At creation, the Almighty, Alpha and Omega endowed each and every one of us with this thinking faculty when He said, “Let us make man in our own image and likeness” (Gen. 1:26). That image and likeness is nothing but the thinking faculty. After God created man and woman in his own image and likeness, He commanded them: “Be fruitful and multiply, and replenish the earth and subdue it and have dominion over the fish of the sea, the birds of the air and over everything that moves upon the earth” (Gen. 1:28).

God is the perfect thinker. The heaven and earth He created are very marvelous. His thinking faculty is superb. He endowed us with limited thinking faculty in order to preserve his superiority. Indeed, God is very wise. In fact He is wisdom himself. He is Almighty and All-knowing. The little faculty of thinking endowed to men led them into the building of the Tower of Babel aimed at challenging God (Gen 11:1-7). By that time they were speaking the same language and there was unity of purpose. God looked down and confused their language. There was instant disunity. That was why the Tower of Babel project failed woefully and the workers dispersed out of confusion.

A pregnant woman gives birth to a bouncing or non-bouncing baby. A man with pot belly gives birth to nonsense. A thinker produces thoughts or ideas. To think involves reasoning. One who does not think succeeds in beating about the bush. Thinking commences from the starting point to the climax point. Anyone who does not think floats on the air and is static. Thinkers move forward ever while non-thinkers move backward ever. We had a great thinker lecturer in our philosophy one class in those old days called Father Gonzales. He was a Claretian missionary white priest. He shuttled from Nekede Owerri  in Imo State to Ikot Ekpene in Akwa Ibom State on weekly basis to teach us Introduction to Philosophy. From time to time, he gave us simple philosophical assignments and shouted from seat to seat, “My friends: Think! Reason!” The class assignments he gave us did not require academic research but simple thinking. The great philosophers like Aristotle, Plato, Socrates, Martin Heidegger and lot of others were great thinkers. Their thinking materialized into what we know as philosophy. A philosopher is a great thinker.

I have a column in the Fides weekly Newspaper of Awka Diocese Nigeria popularly known as Wit’s Corner. It is a product of my thinking faculty. At every moment, I contemplate about what topic to write. I always see beyond the physical at every moment. As I do the thinking, God supplies me with abundant knowledge. It all began in 1999 till date. All my past and present write-ups are dedicated to the glory of the Almighty God. When it is time to draw the curtain down, I shall say goodbye to all members of my fan club.

From my experience and observation, the children of this generation are empty thinkers. Most of them act without thinking. They act like robust machines. Thus they have abandoned the God-given thinking faculty and resorted to pseudo faculties. Rarely can you see nowadays the products of genuine thinking. Most students do not read and cogitate. Rather, they download everything from the internet. The social media has overtaken their thinking faculty. Instead of thinking and reasoning, they enquire from Google, Whatsapp, Facebook, Instagram, You Tube, Twitter, etc. Instead of thinking and reasoning, they engage themselves in twitting. Laziness has overtaken hard work. Great thinkers have come and gone. Idle minds are the products of the contemporary time.

An English adage says it all: “An idle mind is the devil’s workshop.” That is why we are tangled in the evil generation of negative thinking. Their minds are overshadowed by evil. That is why our country Nigeria today is eclipsed in all sorts of evil and insecurity of lives and properties. Thus, innocent blood is flowing like flood all over the country. The Boko Haram terrorists, bandits, bloody herdsmen, religious extremists, cultists, ritualists, known gunmen, unknown gunmen and other evil forces are on rampage everywhere. The forests have become their abodes. The animals who used to live in the forests are now refugees elsewhere. The thinking faculty has been degraded by negativism. Men are now acting like brutes. It is an ugly situation of the fittest. The Federal Government seems to be helpless in securing our lives. We pray for God’s intervention.

For many years we enjoyed relative peace and tranquility in the Southern part of Nigeria. During the reign of Governor Willie Obiano, Anambra State was for seven years under his leadership reckoned as the safest state in Nigeria. During the period, criminals and kidnappers disappeared from the state. After the Supreme Court’s enthronement of Governor Uzodimma of Imo State, things fell apart in the South East because of injustice. Criminality thrives where injustice exists. The terrorists, kidnappers, bandits, known and unknown gunmen took over the scene. From there they crept into the other Eastern states terrorizing the citizens going about their normal businesses.

Shortly before the recent Anambra State Gubernatorial Election that produced Professor Chukwuma Charles Soludo, the agents of darkness appeared from nowhere into the state and caused gruesome killing of innocent citizens. It was politically minded. But by God’s intervention, the election was peaceful, free, and credible. Relative peace returned to the state. Unfortunately, after the swearing-in of Governor Soludo Solution, the dare devils emerged again. Gruesome killings and wanton destruction of government properties became the order of the days. Many have gone to their untimely graves. Thus, Anambra State is bleeding profusely. The unknown gunmen are said to be responsible for these killings and wanton destructions. Who are those unknown gunmen? Are they humans or spirits? To say the truth, any bird that stands and dance on the road has some persons in the forest beating the drums for them. Some accuse the Indigenous People of Biafra (IPOB) for the mayhem. IPOB distances themselves from the evil happenings in Anambra State and in other South Eastern States. Many believe that disgruntled politicians within and outside the state are sponsors of the bloody mayhem. Few days ago, the Lawmaker who represented Aguata Constituency 2 was kidnapped and beheaded. His personal aide was also killed by the unknown bandits. In 1986 it was asked: Who killed Dele Giwa? In the same line we ask in 2022: Who beheaded Honourable Okechukwu Okoye (a.k.a Okey di okay)? Governor Soludo has placed a reward of N10million for anyone who can provide useful information about the murder and beheading. The Almighty God knows who committed the crime and the sponsors. The truth shall sooner or later surface.